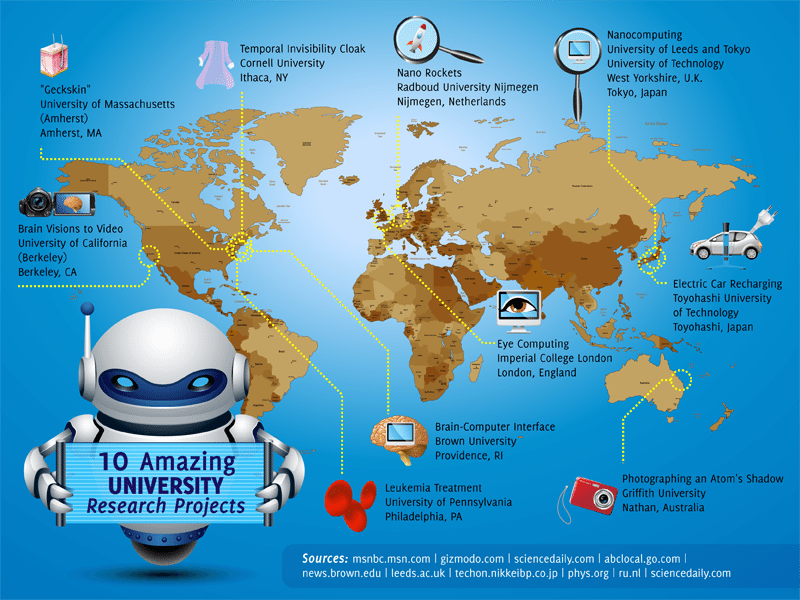 While of course we here at Online Universities are online education’s biggest fans, there is still something to be said for the magic that happens when a group of bright, inquiring minds come together under one roof. Some of the world’s most incredible research has come and continues to come from traditional colleges and universities in the United States and around the globe. These are some of the most amazing projects going on now.