We probably should’ve seen this coming.

Google, heretofore of search engines fare, and more recently of a slew of apps and smartphone fame, is all grown up now. And it has nothing to do with their Chromebook, new Nexus 4, or other genius hatchlings from their California headquarters.

No, they’ve let their hair down and made a movie. Or rather, had a movie made about them (which is little more flattering, yes?)

In the movie, Owen Wilson and Vince Vaughn will wisecrack their way a script not about Google and its function, but Google and its personality. They “Google,” “Hangout” on Google+, and immerse them in all things Mountainview, California as they try to secure positions with one of the world’s most innovative working cultures.

Or at least a Hollywood version of that culture (Google apparently consulted on the set design for authenticity).

While Hollywood has covered Zuckerburg and facebook, they haven’t yet addressed the elephant in the room–the search engine that is becoming a way of using technology all in itself.

Hollywood has traditionally used film to dramatize emerging changes in “real life.” Dolly Parton, Lilly Tomlin and company used the 1980 movie 9 to 5 to explore women rights in the workplace, while in 1986 Michael Keaton and Gung Ho helped communicate the plight of American automakers struggling to keep pace with Japanese technology,

Now it’s Vince Vaughn and Owen Wilson trying to adapt to a changing professional landscape dominated by Google (and scores of Google-spirited start-ups). A comedy, yes–but there is truth in jest.

The world churns on. 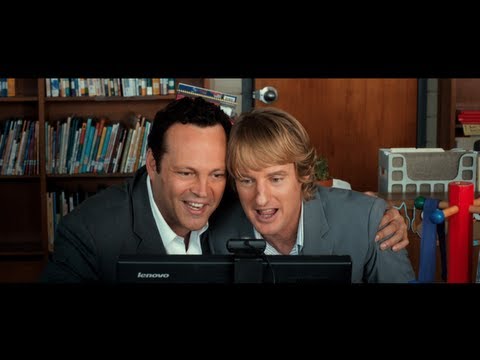