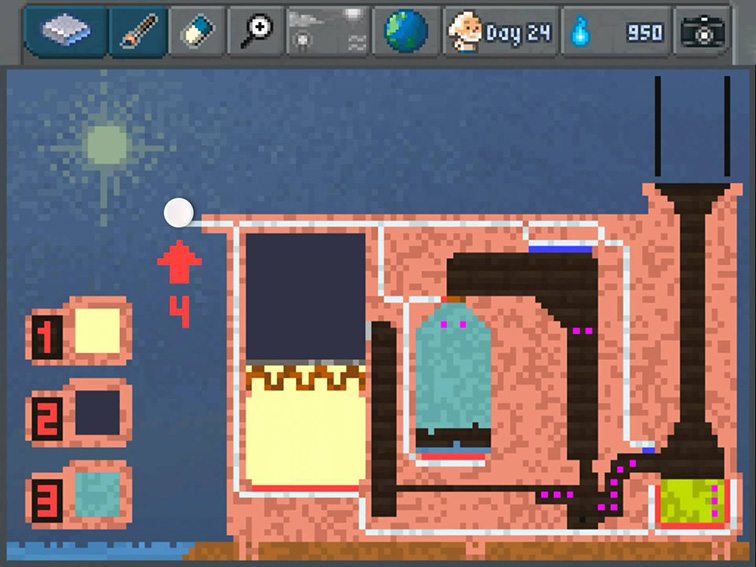 When: Currently An Open Invitation

Why: 1. To test the use of open-ended, world-building learning simulations and games in the classroom

2. Develop curricula so other teachers can do the same

The Sandbox In Education Page

The Sandbox in Education on Google+

What’s In It For You?

A chance to work closely with the app developer to integrate free, cutting-edge and engaging technology in your STEAM classroom.

More abstractly, it is also a chance to push education forward by actually putting your money where you mouth is and toy with the gadgets, communities, thinking–and speed bumps!–necessary to create a 21st century learning environment.

Pixowl, the developers of the STEM (or STEAM, in this case–Science, Technology, Engineering, Art, and Math) learning simulation The Sandbox, has soft-launched a program to support teachers for integrating the app in their classrooms.

In a nutshell, The Sandbox (an app that has been featured extensively by Apple in the iTunes store) is an app available for iPad, PC, and Android devices that allows students to experiment with STEAM concepts. We’ve written about it before (here’s a recent post), and have used it extensively, both in testing and in the classroom, and were impressed enough to collaborate with the developer to iterate it further for use in K-12 classrooms.

The app is split into two approaches–one open-ended and creative, the other campaign-based, with specific objectives. This is a simulations that mimics the laws of science, not a pure academic training tool. That’s either good or bad news, depending how you like your apps and curriculum. You’ve probably guessed by now we prefer self-directed, open-ended, and creative application of concepts, but if you’re looking for something that

Among the priorities is clarifying for teachers how exactly the app can be used for learning, and in pursuit Pixowl is working with teachers to develop both curricula, as well as pilot resources to help other teachers use it in the classroom. This is where you come in, using the app, letting your students play with it, experimenting with different ideas to build curriculum around it, and then sharing it with your peers.

This is both a personal growth opportunity for you, as well as a chance to show leadership in #edtech. If you’re interested, the contact information is above, and download links are below.

The Sandbox on Android

The Sandbox on iOS

The Sandbox on Steam