Want To See Someone Jump From OuterSpace? 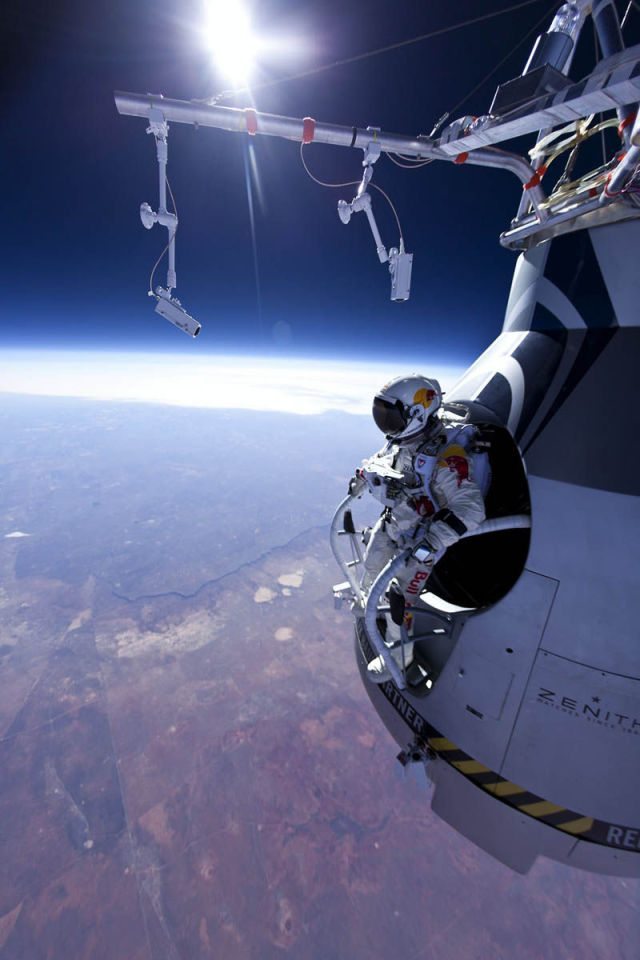 After leaping from the stratosphere on March 15, Felix Baumgartner decided that 71,580 feet wasn’t high enough.

So he jumped from 96,640 feet–18 miles above the surface of the earth, which is for all intents and purposes outer space.

After leaping from his balloon-ferried capsule (see image), the 42 year old Baumgartner was in free fall for 3 minutes and 48 seconds, reaching speeds of 536 mph.

His mentor and coach is Joseph Kittinger, who has held the record for the highest skydive since 1960 when he leaped out as part of U.S. Air Force research. That jump–which was four years before The Beatles were introduced to America and JFK was still President–was from 102,800 feet, a record Baumgartner plans to break next month.

Another goal? To break the speed of sound during free fall–which is between 660 and 760 mph, depending on a variety of factors.

The project is sponsored by Red Bull, who also sponsors a Formula 1 racing team, among other highly kinetic projects.

The video appears below.

5 Tips For Success With Social Learning With Bena Kallick

Google just released their trends in search for 2019 video and it's really quite good.

A lack of financial literacy can cause students to spend a lifetime struggling with 'money' when in reality, the issue...