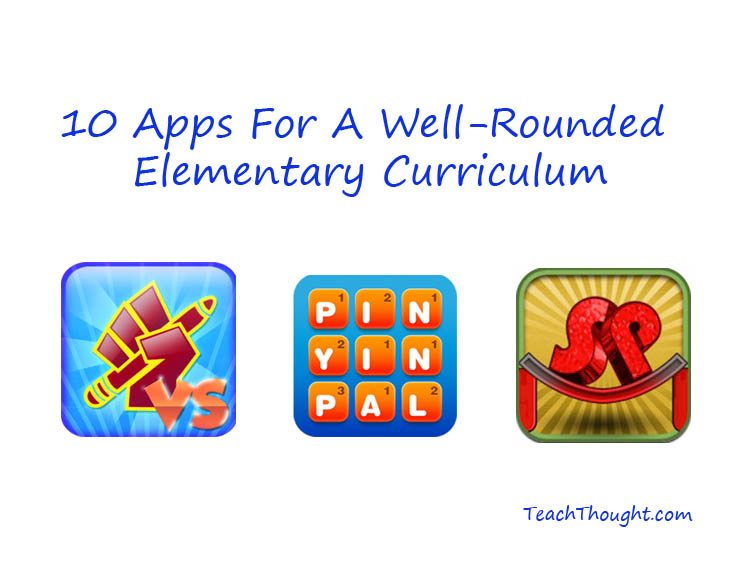 The Education category of the App Store features an overwhelming number of apps, great for both parents and teachers.

Each subject search displays a diverse and colorful selection of apps to cover just about anything you’ll be adding to your digital curriculum. However, with so many choices, it’s hard to discern a download-worthy app from the next. (A simple search for math apps yielded well over 200 results.) Here is a list of educational iPad apps by subject matter that you may not have heard of before, but are certainly worth a look.

Free/Paid
Lola’s Math Train invites preschool and elementary school children to learn key skills like adding, subtracting and puzzle-solving through interactive elements on each of the pages. With varying levels and self-advancing difficulty, Lola’s Math Train challenges players while also providing them with an entertaining tool to strengthen their math skills. There is a free and premium version available on both iOS and Android.

Free/Paid
There is something satisfying about watching junk food favorites get smashed into an oozy, gooey mess and not having to clean it up. But students can only see this happen if they guess the nutrition facts of the doomed food first. Smash Your Food teaches the value of healthy eating in a non-traditional manner by doling out tips to parents and setting up challenges for more points. There is a free and premium version available.

Paid
Building popsicle stick bridges in science class are a fond memory for many of us. Naturally, there is an app for that. Simple Physics introduces the basics of engineering by asking students to build simple structures. They must also take into consideration wind speed, maximum weight and budget before completing a level. It’s an addicting tool… and far less messy.

Free/Paid
Awesome Upstander! wants to show elementary and middle school students how they can help stop bullying. This social awareness app features a game where making new friends and collecting clever “must-have” items can help outsmart bullies. The game is available to play online for free, but may be downloaded via the iTunes App Store or Google Play for $0.99.

5. Creative Writing: Write It Versus (iOS)

Free/Paid
In this “grown-up” app to help high school students learn vocabulary and think creatively, players help Astro and his friends defeat the Evil Mr. Sharks in a writer’s battle royale. Each player gets three words to include in a short, Twitter-friendly, story before passing it on to a friend. The Mad Libs-like story can then be broadcast over a variety of social networks. The premium version includes the ability to download a complete story to PDF.

Paid
The Grading Game puts a player in the shoes of a poor Teacher’s Assistant, who can only pay off his load debts by correcting term papers for a crazy professor. Students have the chance wield the red pen and earn in-game money each time they fail someone. The faster the grammar and spelling errors are found, the bigger the payout. Challenges can be played for free, but in-app purchases are available for more themed term papers.

Free
Coined as the “only Chinese word game played with letters of the alphabet,” PinYinPal is a Scrabble-type game that teaches Simplified Mandarin Chinese. The completely free app features a built-in dictionary and anagram tool with audio pronunciations to help students learn through gamification. At the end of each turn, a player can get more points if he or she remembers the character and definition of the word played.

Paid
This whimsical, interactive ABC storybook app features a young boy who has an unlucky day full of monstrous and mythical encounters. Students can read along or have Jim Dale, narrator of the Harry Potter audio books, read it to them. Additional features include monster index, variety of reading options (narration off, autoplay, etc).

Free
Okay, so maybe you’ve heard of this one, but that proves its worth. Paper is gorgeously designed and is a great way to keep sketches and inspire creativity. Its minimalist approach allows students to use only basic tools and colors to practice drawing. Notes, scribbles, and drawings can then be shared over the web. Additional in-app tools can be purchased, but the free version is more than adequate.

Paid
Music theory books can be a thing of the past. This interactive app features mini quizzes and tutorials to take students through the basics of music theory. There is also a really cute owl that whistles wildly when questions are correctly answered. Music theory can be daunting ― there are 2000+ questions in the app alone. This is a fun and simple way to explore it.