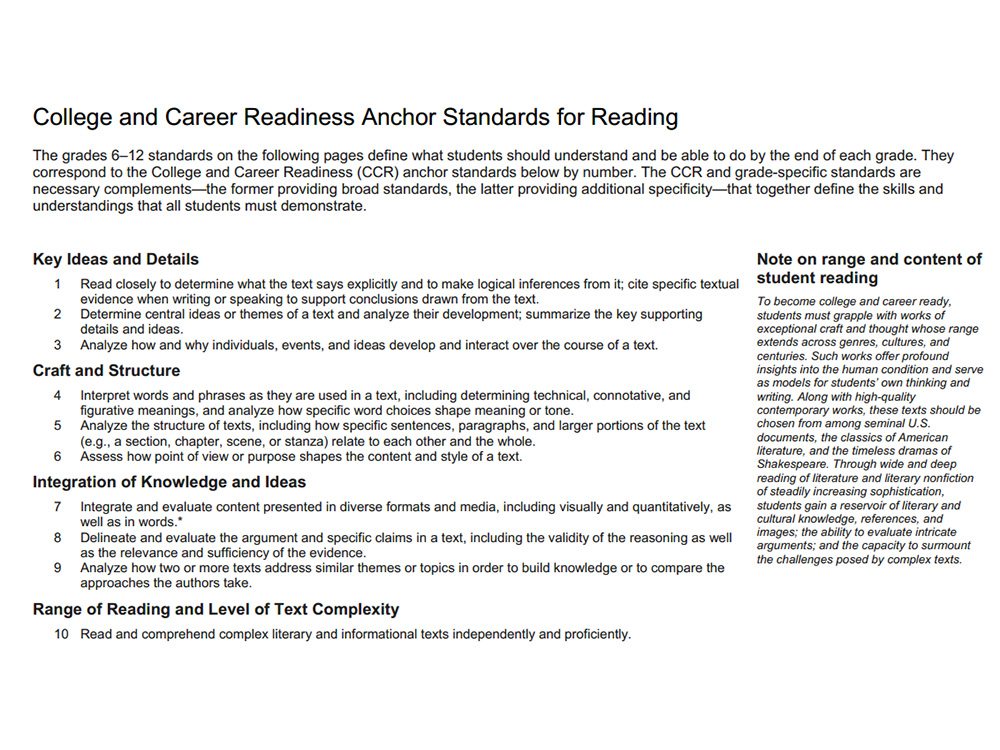 The Rigor Of The Common Core

The next time someone tells you the Common Core is about rigor, show them this graphic–2010 Kentucky anchor standards for Middle School English-Language Arts. Complex, yes?

There are several misunderstandings about the Common Core standards, and this post isn’t about dispelling them, nor is it to attack or support them. It’s just a reminder that things aren’t always what they seem.

The “talk” is the Common Core standards are about rigor, complexity, technology, and student-centeredness. That they will “push” students like they’ve never been pushed before. They certainly will push students, and they certainly are “rigorous,” and give attention to complexity (e.g., text complexity), and technology (e.g., multimedia). The “wrinkle,” though, is two-fold.

1. If we’re going to use these standards as the foundation for ed reform this approach will only work if rigor and complexity are what education’s been missing.

2. These ideas aren’t new. The above standards are from four year ago in Kentucky, and represent considerable cognitive demand. Analytical thinking, interpretation, surveying an author’s craft, etc. They also call for text complexity (though not to the degree that the Common Core does/do.)

To reiterate, this isn’t a matter of being for or against them as standards. The Common Core certainly take many of these ideas and push them further. This also isn’t (obviously) an exhaustive comparison of old and new. Rather, this is a reminder, as with all things, to look closely at what is actually changing in your craft without simply borrowing the headlines and topical opinions of everyone else.

More than anything else, the Common Core seems to be, to me anyway, about “commonness.” What’s taught in L.A. is also taught in mountains of Kentucky, the metropolis of New York City, and the oil fields of Texas. Whether or not that is a “good idea” is another conversation altogether.

You can check out some of the “old” standards here, if you are so inclined.