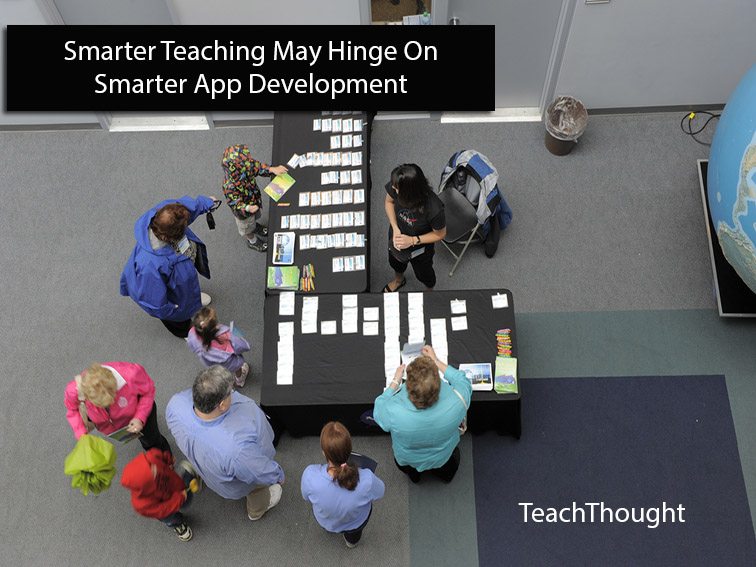 The pursuit of a technology-aided design in classrooms has spread across various cities and states in the U.S. Los Angeles, CA, for example, has launched an extensive campaign to experiment with technology in classrooms.

The technology-aided policy was recently implemented in the Baltimore County within Los Angeles. A $150 million rollout has been launched with the goal of putting one laptop/tablet per each student in schools. Such a broad measure is unprecedented and is being eyed with interest from the state’s side.

The LA Board of Education has been in the limelight for its focus on technology design. It launched a $1 billion tech plan, whose next phase was approved recently. This plan envisions putting iPads in schools across Los Angeles.

The Contribution From App Developers

These developments highlight that the students are getting equipped with latest advancements in the field. In light of this, tools such as apps and software relevant to study design should be used. This adds a new stakeholder to the classroom other than the teacher: app developers.

Then there’s a very recent example of a math teacher from Deer Creek Middle School, Edmond, OK. She created a custom app to help her student with lessons. The application targets word problems, which were analyzed to be a problem for the student. Through graphic elements and characters, students can better understand mathematical concepts.

Because of these technicians, the visual and functional aspect of teaching is encompassed in the form of apps which can be used for learning on smartphones, tablets and laptops.

The New York Times reported back in September 2013 about a team of designers and software developers from the Boston public television station trying to create a suite of apps that would ease the process of learning for pre-schoolers. The outcome would be apps that were fun and easy for them.

Avenue Mobile, one of the quality app developers Los Angeles is home to, also makes it possible for institutions and educators to get fully-featured custom apps developed at a low cost. Customization of apps is the new frontier, in which teachers can get apps created based on the content of their study material, curriculum forms, or the personalized learning needs of the students.

The idea is that since students are increasingly deviating towards technology, schools and its staff should adapt accordingly. Schools and institutes with better technology productivity have a higher level of sustainability associated with them. Furthermore, it allows teachers to explore new avenues.

App Development As A Catalyst For Growth Of #edtech

A study done on the input of technology in learning analyzed how apps can be a vital tool. An important takeaway from the study was that relevant and appropriate application offerings are not always available. A lot of edtech, for lack of a better term, sucks. This suggests a stronger relationship between schools and software developers, at the very least.

The best way to adapt to technology is by adopting it, revising it, and working together with developers to create more efficient and streamlined integration.

Innovative, focused, and effective app development and consumption may be the key to smarter teaching, classrooms, and mobile learning environments.