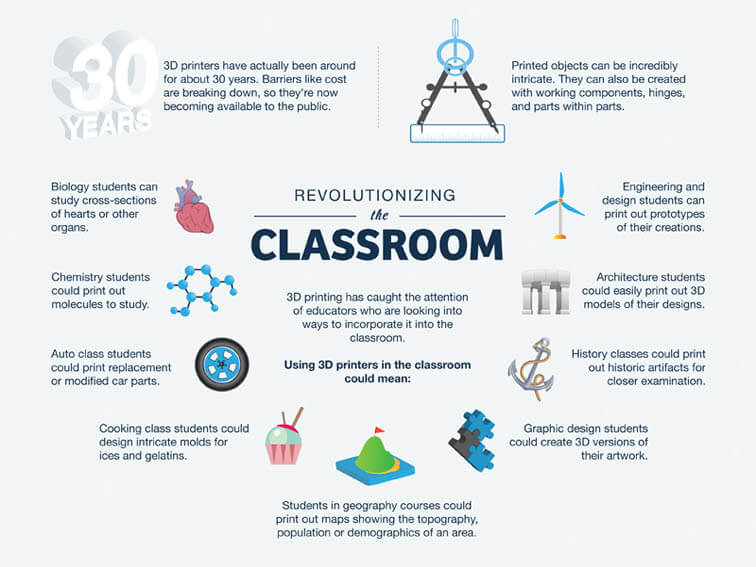 How About A Star Trek 3D Printing Challenge For K-12 Students?

MakerBot is excited to inspire the next generation of astronauts and Starfleet cadets by supporting the Star Trek Replicator Challenge, a 3D printing challenge developed by Future Engineers for the ASME Foundation, NASA and Star Trek. Participants in the challenge must create a digital model of a non-edible, food-related item for astronauts to 3D print in the year 2050. The Star Trek Replicator Challenge is the third in a series of ‘Future Engineers’ challenges aimed to educate students K-12 about 3D printing and engineering design.

“The Star Trek Replicator Challenge is a great way to get students interested in 3D design and 3D printing,” said Jonathan Jaglom, CEO of MakerBot. “While the Replicator concept from Star Trek is still science fiction, MakerBot Replicator 3D Printers have made 3D printing a reality for thousands of schools around the world. 3D printing helps inspire the innovators of tomorrow by allowing students to come up with an idea and make it real.”

The Star Trek Replicator Challenge asks students to boldly go where no one has gone before with 3D printing to design solutions that help astronauts ‘live long and prosper’. Specifically, the Star Trek Replicator challenge is intended for students to think about future long-duration space missions and wants students to design 3D printable objects that will help astronauts eat nutritious meals in the year 2050. Examples of possible designs include hardware needed to grow and harvest plants to hardware needed to prepare, eat, and dispose of food.

3D printing is already a reality for astronauts. NASA sent the first 3D printer to the International Space Station in 2014 and astronauts have successfully printed 21 plastic tools, containers, and test samples thus far. “Sustainability will be a critical aspect of long duration space missions and will require off-planet manufacturing technologies to create all of the items our future astronauts need,” said NASA In-Space Manufacturing Manager, Niki Werkheiser. NASA is incorporating innovative 3D printing ideas into the agency’s exploration mission roadmap in order to become truly earth-independent as they strategize how to venture further to places like Mars.

“Over the 50 year lifespan of the Star Trek franchise we have seen countless ways that science fiction has inspired science fact, both in consumer technology and in space exploration, “ said Deanne Bell, CEO of Future Engineers. “Now that NASA is 3D printing on the ISS, we thought it was the perfect time to bring Star Trek, NASA and ASME together to educate students about 3D printing in space. MakerBot has played a major role in making 3D printers accessible to students and educators. It’s very apropos to be awarding Replicator Mini 3D printers to the winners’ schools. We’re thrilled to have them on board.”

Students can submit their 3D designs to the Future Engineers website until May 1, 2016, and the winners will be announced on July 5, 2016.