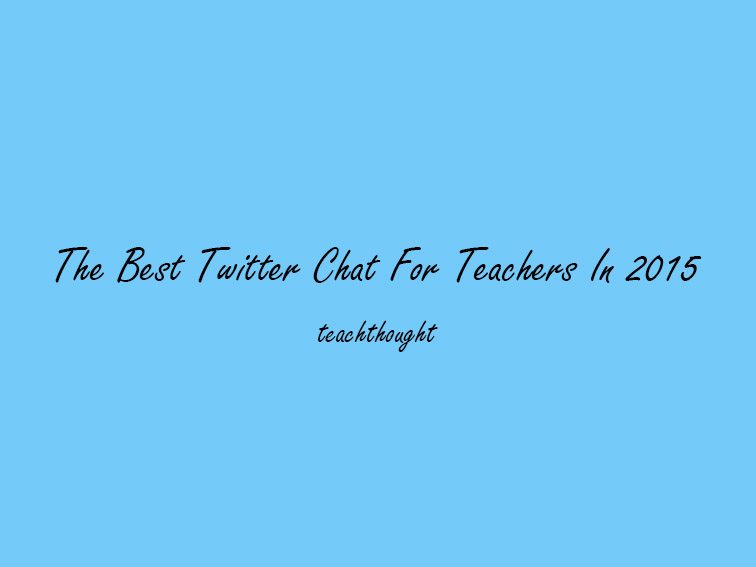 If there was ever a doubt that education twitter chats were kind of a big deal, this television guide-style document should set things straight. Twitter chats aren’t just “things,” but have evolved into fully-functioning professional development for teachers.

At their worst, they’re laid-back, back-and-forth resource sharing and celebration of possibility. At their best, twitter chats are dynamic, digital, and easily curated cells of professional connected learning. Twitter is like reading a living, breathing magazine written by your peers that entertains and informs you while building your capacity as an educator. When you extend these characteristics using twitter tools, the potential is amplified further still.

So while we have a Twitter Guide for Teachers, it’s a couple of years old now, and really needs to be updated, which we thought we’d do one bit at a time. The first part is about identifying the best twitter chats for teachers in 2015. Some of these are established and well-known–#edtech and #edchat–while others are emerging and charged and full of promise, including #educolor and #whatisschool.

The list below, then, is not meant to be exhaustive, but rather a diverse and usable starting point for teachers to see the best chats out there that are also somewhat universal. Thus, content-specific chats like #engchat and #aplitchat, #scichat and #mathchat and others aren’t included. If we miss any that you love, let us know in the comments section.

Also, there is the matter of “ongoing hashtag” (which people use to append content within a certain area) versus “actual chat” (which has an actual meeting time people virtually attend and engage in dialogue). Though the former is more direct and the latter looser and asynchronous, we’ve combined them all into a single list here, as the point is to bring you the best content on twitter for educators in 2015, which means those chats that reflects the churning and shifting ecology of culture and education.

Thus, there are chats that look at the purpose of school, the role of race, the idea of students as makers, the role of student voice, the function of parents in education, and exciting learning models like mobile learning, project-based learning, and game-based learning. For all of the pressure (and need for our collective improvement), this is an exciting time to be an educator!