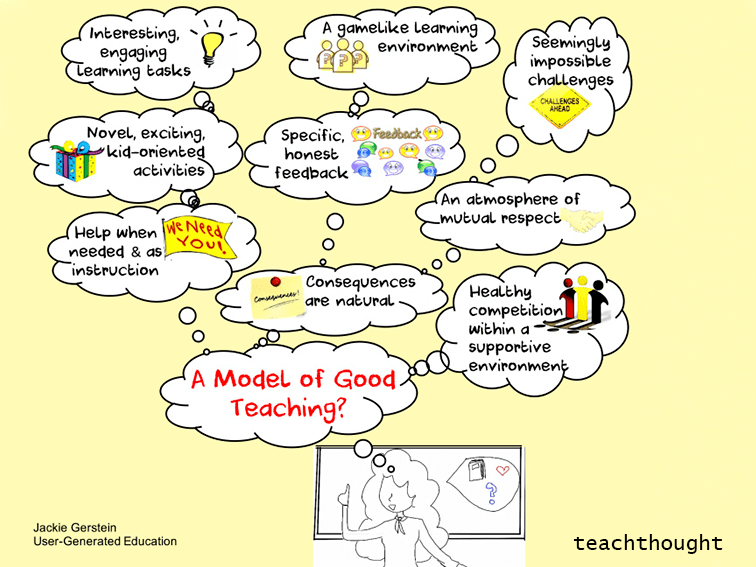 One of my guilty pleasures is watching MasterChef Junior, a cooking competition for 8 to 12-year olds

As an educator, I have been analyzing it as a model for good teaching. My observations appear below.

1. The challenges are hands-on and naturally engaging for these kids. They are based on the kids’ passion for and interest in cooking.

2. The kids don’t need to be graded about their performances. Consequences are natural. Food gets burned. The kids sometimes get burned. The food dishes taste good or they don’t.

3. There is a game-like atmosphere. There are elements of play, leveling up (each subsequent challenge is more difficult), a sense of mastery or achievement upon accomplishing each challenge. The experience is immersive with the kids living the part of a chef. The kids get to try new roles such as team leaders, lead chefs, team representative, and being popular (this is one of the first situations that some of these kids get to shine).

The kids push themselves to the limit within seemingly impossible challenges – mostly because of their love for cooking, a strong intrinsic motivator. The kids often create very difficult food dishes that they have never created before. They often rise to the challenges surprising both themselves and the judges with what they created.

Just seeing the kids … when their hands go up, and the look on their faces of what they have done is unbelievable. You can tell right on their face at that moment if they’re happy or if they’ve completely blown it. Obviously there are failures, and sometimes they cry. For the ones that have done well, when they put their hands up and they are proud of what they just put on the plate, that look–there are no words to even go there with it. It’s unbelievable, because you know that they put everything into it.

5. The judges are clear, specific, and truthful with their feedback: both positive and negative. The judges give brutally honest feedback. They are very specific in describing what worked and what didn’t work about the kids’ food creations. Sometimes the kids cry but there is visible respect that the kids have for the judges and that judges have for the kids.

Even when Gordon (the top chef and host) is disciplining them, or yelling at them about something, there’s this level of respect that the child has for him, and he has for the child, that total care. They know, they get it. He’s this grandiose father figure that has the career of their dreams, and he just does it so naturally. He doesn’t sugarcoat things for them like they are a toddler. I mean, he really goes at them when they need it, but there’s always this wonderful constructive element. So that was awesome to see. (Inside “MasterChef Junior,” the best cooking show on television)

He doesn’t sugarcoat things for them like they are a toddler. I mean, he really goes at them when they need it, but there’s always this wonderful constructive element. So that was awesome to see. (Inside “MasterChef Junior,” the best cooking show on television)

6. There is an atmosphere of mutual respect–kids for the judges, judges for the kids, and kids for one another.

7. The adult judges will come in and help the kids if they see any individual being pushed too far over their limits and capabilities. This intervention is based on teaching the kids proper technique not doing it for them.

8. There is a healthy competition where the kids have to compete against one another. The objective is to win but the kids seem more concerned about their own performance rather than the performance of their peers.

9. The kids, through working together on many of their challenges, develop into a close-knit team and visibly support each other. Even though they are competing against each other, they seem to understand they are with like-minded peers. In effect, they develop their own PLNs based on similar interests. For some, it is the first time they have been with peers with a passion for cooking.

For some, it is the first time they have been with peers with a passion for cooking. Many cry when one of their peers in eliminated from the competition and say that they made friends for life. What do I believe the kids learn during their MasterChef Junior experiences?

2. Working with a team

4. That their passions and interests are valuable and meaningful.

Educators, in this era of learning, should focus on those conditions that create an environment that each and every one of their students love coming to school and love learning.

TeachThought Podcast Ep. 67: How I Personalize Learning For Students In My Classroom

How To Make A Student Give Up

If you want a child to give up, constantly emphasize their shortcomings and let them know you're doing so for...

What Happened When The Teachers Disappeared

After the teachers disappeared, students knew that if they were too rowdy someone would notice, so they kept the noise...