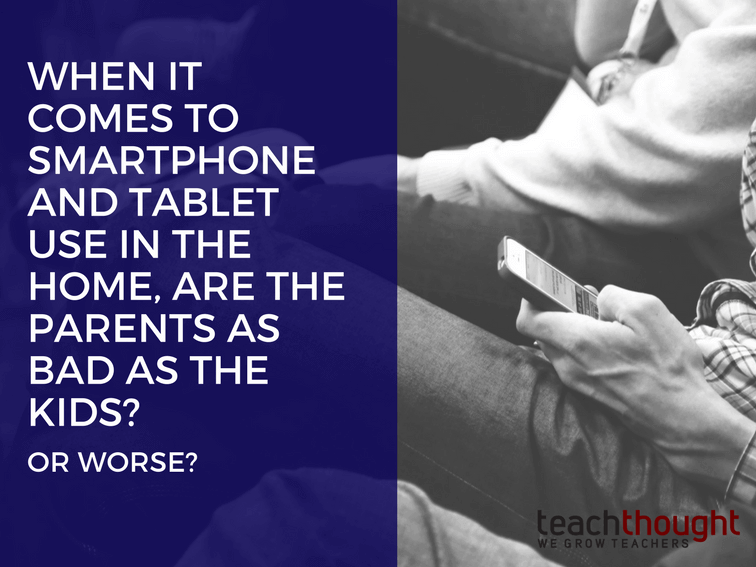 When it comes to smartphone and tablet use in the home, are the parents as bad as the kids? Or worse?

The use of digital devices is a popular topic in 2017 education, from which devices to use and how to use them, to the need for such devices to empower students in their own learning.

See also 4 Stages Of Edtech Integration From A Student Perspective

In 2015, we published 50 Reasons It’s Time For Smartphones In Every Classroom. In it, Terry Heick said, ‘Soon, the argument won’t be about smartphones, but rather steeper technology–contact lenses that record, and bendable, wearable mobile hardware that offers AI-produced haptic feedback to guide how students research, skim through information, or connect through media (all media will be social and will make an iPhone 8 look like an abacus.’

While technology can enable and cultivate relationships, it can also negatively impact them according to recent data from a poll reported by BBC News.

In a poll of 2,000 11-18 year-olds, more than a third said the technology use in the home was disrupting family life-specifically device use by their parents. BBC News writes, ‘Among the pupils:

Combined with frequent criticism of device use by teens, the proper modeling of ‘screen time’ by parents and teachers seems ripe for further research and exploration.