For users, does it function as a kind of visual social bookmarking, an engaging way to daydream, or something in between? And what role does pinterest–or the thinking behin it–have in education?

The following list should give you a head-start in pursuit of these sorts of questions. Below are the ten most followed users on pinterest. Pinterest is, as you probably know, a digital pinning board for images–kind of like Learnist, but without the videos, sequence, or focus on learning.

Another takeaway after skimming these “power users” is to see the very diverse ways using categorize their images. There is no “right way,” but rather different approaches to imposing order on some very impressive visual collections. 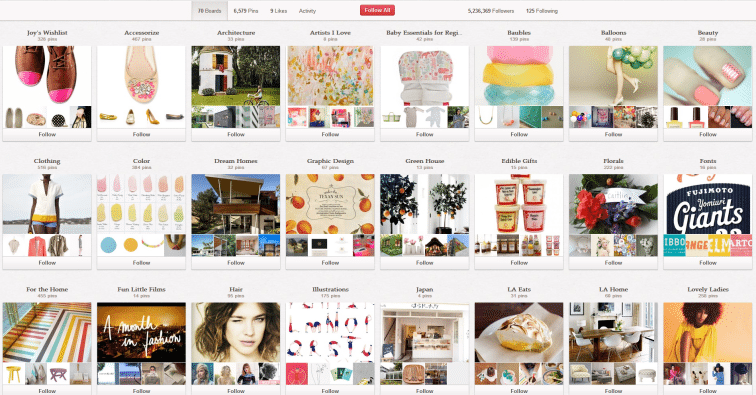 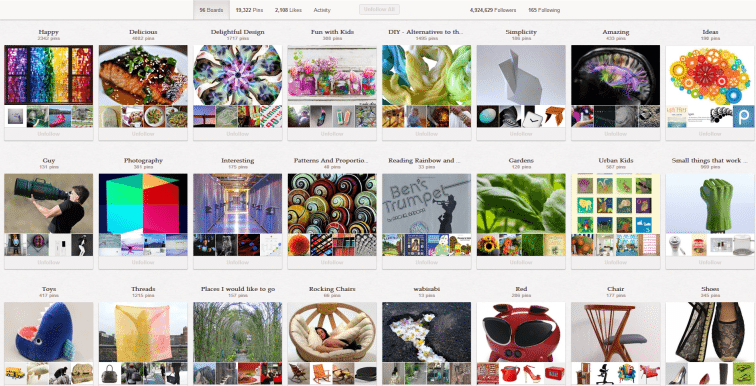 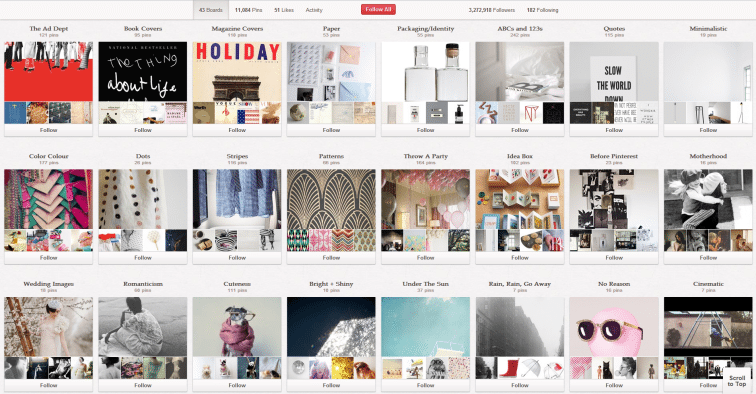 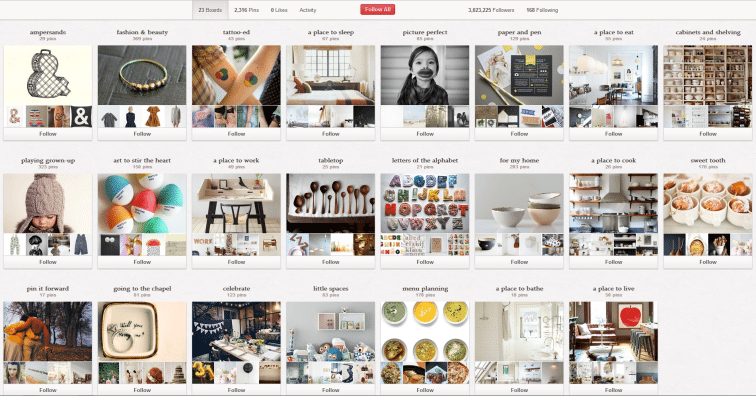 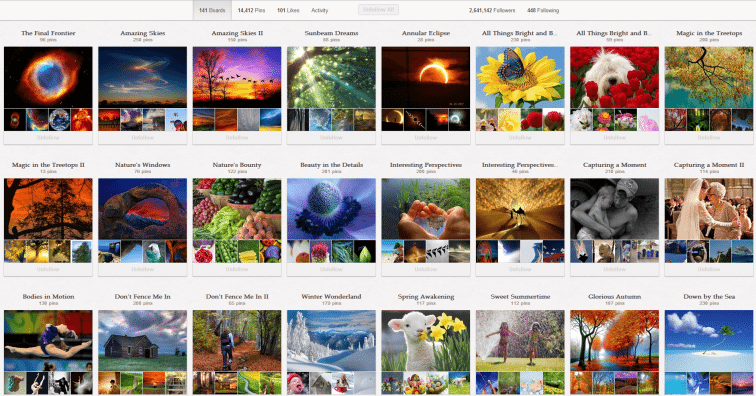 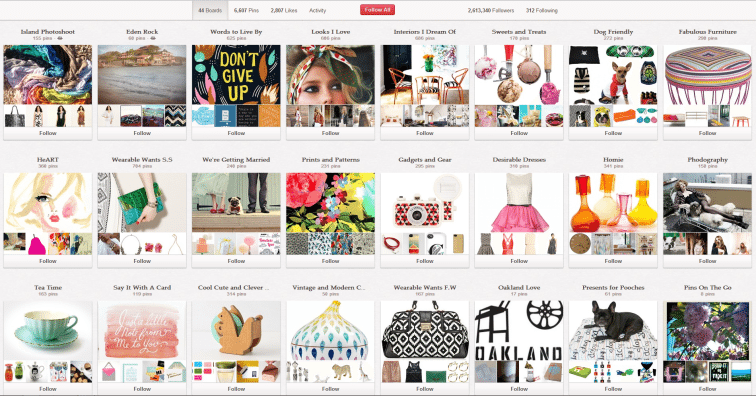 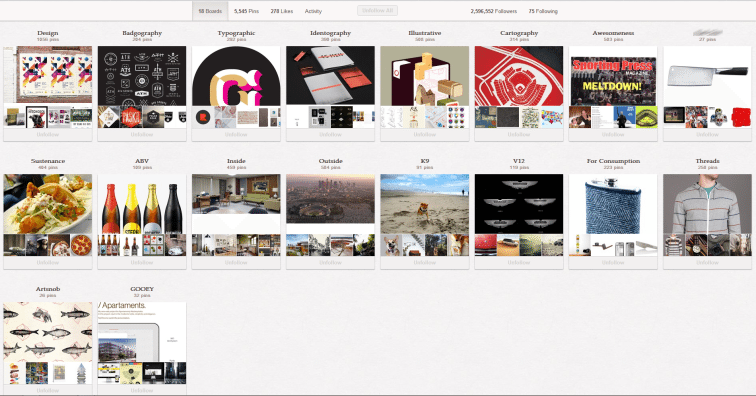 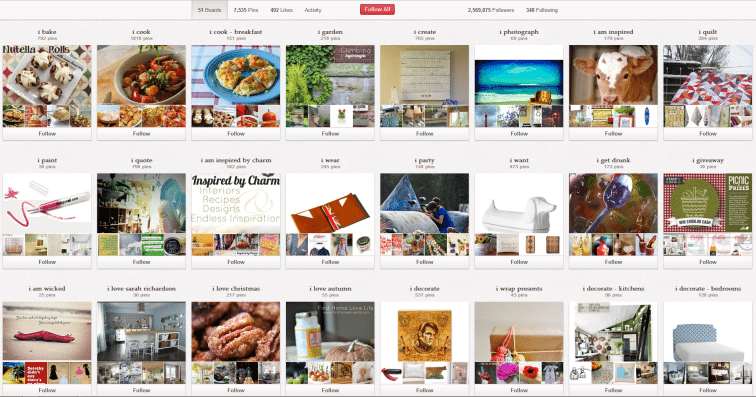