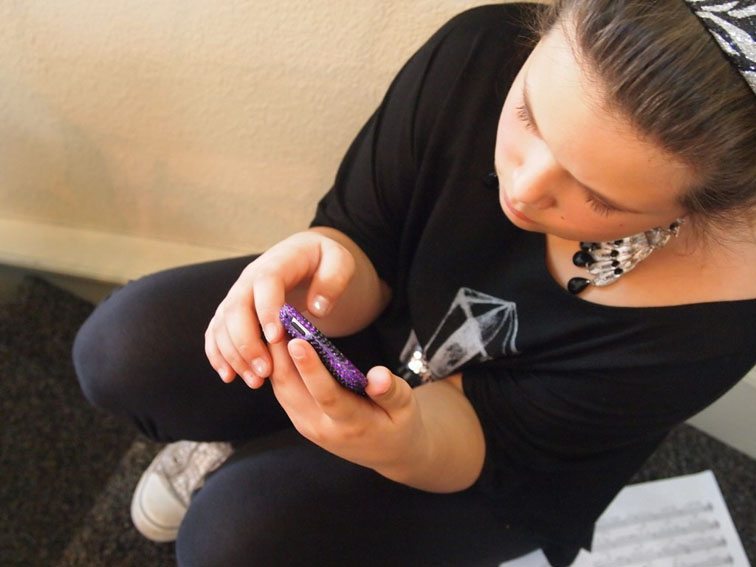 10 Ways Teacher Planning Should Adjust To The Google Generation

For the Google Generation, information isn’t scarce, and knowing has the illusion of only being a search away.

I’ve written before about how Google impacts the way students think. This post is less about students, and more about how planning resources like standards and curriculum maps might respond accordingly.

Curriculum maps are helpful little documents that standardize learning. That is, they clarify the content to be learned, and offer a shared pathway and schedule to deliver that content to students. Curriculum maps function as a kind of overview of learning content, and can also provide a common ground for the reform of planned learning activities based on assessment data (O’Malley, 1982).

The problem is, now more than ever, critical knowledge is changing. The things a student needs to know are different now than they were a half-century ago (unless you want to get super macro about it all and underscore literacy, critical thinking, etc., as timeless and universal).

In the presence of Google, predictive search, digital communities, social media, Quora, adaptive apps, and other technology, information is less scarce than it has ever been in human history. The same with networks, digital channels, and possible learning pathways to discover new ideas.

There is a subreddit for transhumanism. That means there is a community of folks that gather to share ideas, resources, and conversation about the “use of science and technology to improve human mental and physical characteristics and capacities”–living, breathing, enthusiastic (and sometimes snarky) human beings that can contextualize ideas, clarify misunderstandings, and point you in the right direction for future learning.

There’s also one for education, science, the future, the past, self-directed learning, teaching, books, technology, and almost any other topic you can think of. When Google + Quora + twitter + YouTube + reddit + everythingelseontheinternet exist, the kinds of things a student needs to know change.

The age of knowing is slowing giving way to an age of data navigation, and what students need help with should be adjusted accordingly–even if in ways other than the ideas below. 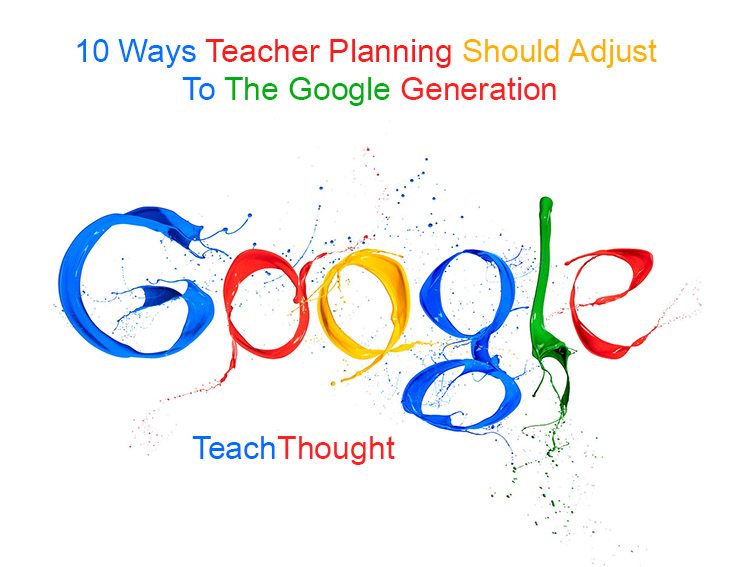 Put another way, design it so that Google is crucial to creating a response rather than finding one.

If students can Google answers–stumble on what you want them to remember in a few clicks–there’s a problem with the instructional design. And asking them what they’ll do when they WiFi goes out probably isn’t compelling enough as an argument.

It’s all out there, ready to be integrated in your classroom.

2. Force them to grapple with big questions without answers

Promote study and observation, not “content mastery.” In a Google-centric world characterized by access to content, networks, and new ways of thinking about things, the focus should be on more classically human practices of observation, study, and perspective.

Via a reddit thread, I found this link to a TED talk–the concept is called “rewilding.”

“Yellowstone National Park had become overrun with deer, which grazed away the vegetation dramatically. For years, biologists like Dave Foreman suggested a solution: bringing wolves back to the park, as the last ones were killed off in 1926. In 1995, wolves were finally reintroduced to Yellowstone, and the effects were dramatic. The wolves brought the deer population down to a sustainable population — but more importantly, they radically changed the behavior of the remaining deer. These deer started to move more often and avoid places in the park where they could easily be trapped, which in turn grew thick with vegetation. This allowed birds and beavers to move in, and the beavers’ dams became habitats for otters, muskrats, ducks, fish, reptiles and amphibians. The wolves also killed coyotes, which allowed for more rabbits and mice, which in turn boosted the populations of weasels, hawks, foxes and badgers. Meanwhile, ravens, bald eagles and bears fed on the carrion that the wolves left. In fact, even the river patterns in the park changed: the regenerating vegetation stabilized the riverbanks, which yielded less to erosion and took on straighter water flow. “The wolves, small in number, transformed not just the ecosystem of Yellowstone National Park—this huge area of land—but also its physical geography.”

Not sure how that kind of discovery could ever be packaged into a “standard” without neutering it completely. Curriculum maps should promote careful, self-directed study of relevant and meaningful ideas, rather than design micro-lessons to “efficiently deliver information.”

And for the Google Generation, this kind of authentic content and perspective is infinitely available.

Their identification, navigation, analysis, and evaluation should be as much a part of study as branches of government or the writing process.

See #2. Rather than emphasizing content, emphasize how to deal with an abundance of fluid and perishable content on a daily basis.

In an age of information and analytics, data is abundant. Currently, maps and units and lessons are not designed to accept data, leaving it up to the teacher to extract it, and constantly make often significant adjustments to planning in light of it.

Student proficiency can be predicted by examining past performance, reading levels, and an assortment of other factors. This isn’t tracking, nor is it consigning certain students to novice levels of performance, holding them to lower standards, etc. It’s simply being pro-active–creating a map–or at least units within a map–that can facilitate the educated guesswork and instinct on the part of teachers.

Will they need extra time?

A mix of digital and physical texts?

Currently this is all done at the unit or lesson level. What would it look like at the curriculum map level?

Of course students need to “understand”–but (hoping Grant’s not reading this) prescribing exactly what students will understand, when they will understand it and at what depth, and where, and how they will prove it–regardless of background knowledge, natural interest, literacy levels, etc.–is a bit…ambitious.

And even if it’s possible, at what incredible cost of teacher training, related resources, “classroom management and general gnashing of teeth and stifling of natural curiosity?

Of course the idea of learning is understanding. And we absolutely need to measure what’s working. But focusing entirely on mastery of pre-determined, catalogued, and non-student centered outcomes measured by unbearably unimaginative tests can’t be the zenith of modern pedagogy, can it?

8. Use spiraling by design

If you want to get better at something, you practice. So why not establish a handful of the most important ideas in content that act as anchors for other more discrete knowledge and facts, and practice them over and over again at a variety of cognitive levels (e.g., Bloom’s).

And if this happens, shouldn’t the design of the map promote it naturally? Why should the map say one thing, and then what happens in classroom be different? Should the curriculum map not reflect this approach? Even make it better?

9. Discourage use of traditional units

Among other sins, units encourage illusions of “coverage” for the sake of content packaging. Why not instead emphasize that learning is a marathon, not a series of artificially-divided sprints.

10. Illuminate the nuance of the world

Have you ever had anyone force you to listen to a song? And then stared at your face the whole time waiting for your reaction? Then asked you to write a cause-effect essay about it all? Horrible, right? That’s the process traditional curriculum maps encourage.

Content is incredible if we can just let it be incredible, and for the Google Generation, it’s right there at their fingertips. Curriculum documents should underscore the nuance of the world, not provide a chronologically-based checklist to cover it all.

If students can’t separate what’s worth understanding and what’s not for themselves–whether on the first page of Google search results, or links they find via twitter and facebook–our collective efforts are diminished.

11. Promote discovery and curiosity and self-direction over coverage and compliance

A curriculum map should be as much for the student as they are for the teacher. As such they should function as learning and discovery pathways, helping the learners see where they’ve been, where they’re going, and what’s possible. The Age of Information is characterized by discovery, curiosity, whimsy, and connectivity–all which necessitate self-monitoring and self-direction.