The following is a guest post from Listen & Learn, a platform that supports foreign language learning for academics, among other contexts, by using native language speakers worldwide.

From apps on mobile learning devices, popular software like Rosetta Stone, traditional courses in public schools and higher-ed institutions there are many ways to learn to speak a second language.

But perhaps the most effective is full immersion, allowing you to tie together language and culture, and making going abroad to do so an idea worth considering. If you have never thought about this before then below are a few of the most important points to bear in mind.

Keep in mind that this isn’t a decision to rush into or a trip to spend a few days on. If you want to learn a foreign tongue as well as possible then you should take your time over it. Ideally you will have time to take in some classes while you are abroad and also do some travelling and sightseeing while you are there.

It isn’t easy to learn a second language. This means that you should head abroad with your motivation levels as high as possible. Try and think of your reasons for doing this and how speaking a foreign tongue could improve your life in the future. As the world becomes increasingly global, so too should your communication skills. 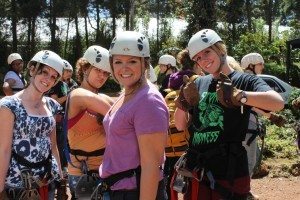 Studying can be tough but with language classes you can make it as interesting as your imagination allows. For example, while you are in a foreign country you complement your language classes by going on day trips, going to the cinema or even just buying fruit and vegetables in the local market. All of these things will let you pick up new words and gain in confidence.

If there is one golden rule for studying a foreign language abroad it is that you need to talk to as many people as you can. It is only by doing this that you can practice the words you have learned in the class and pick up new ones. You will find that people all over the world tend to be really friendly and patient with a foreigner who is trying to speak to them in the local tongue.

Your time abroad is precious and it will probably fly by quickly. This is why it is best to learn the basics before you go. You don’t want to waste hours learning the alphabet or numbers so try and learn these at home before you head off. You will be grateful for any headway you have made in the language before you get there. 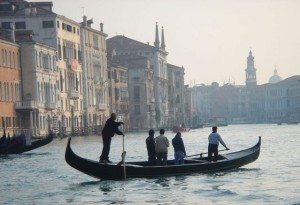 For great lessons here or abroad you can rely on Listen & Learn. Take Italian classes in New York and teachers will get you up to speed before you head off to Italy.