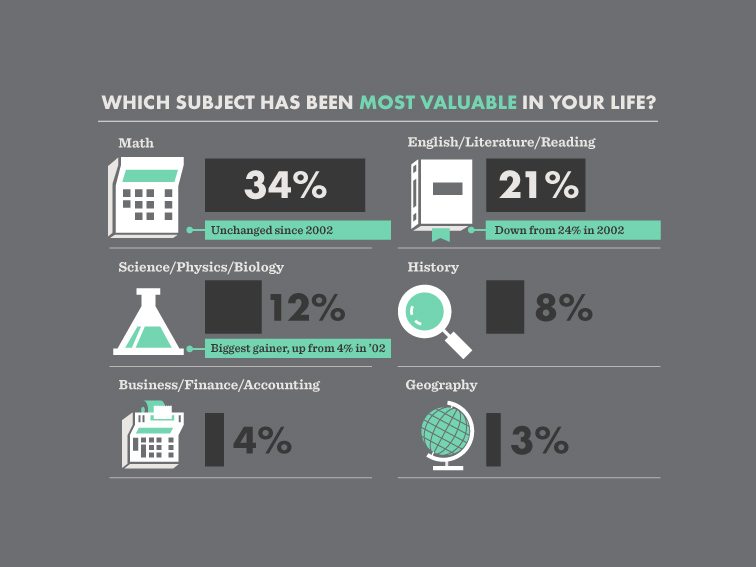 Which content areas are most valuable in real life?

What do students think of your class? Not you or how you teach it, but the content area itself?

The infographic below doesn’t question their respective utility either, but it does offer a glimpse into what students might think about your class–or rather, your content area.

Interestingly enough, Math is far and away seen as the most valuable content area, with 34% of students answering that it has been the most valuable class they’ve taken. Though this a problem of both self-awareness and “branding” as much as it is actual utility, perception is reality for the masses.

And below is the perception–at least according to this graphic. (It’s from 2013, but while perception of what *should* be taught may be changing, ranking the utility if traditional content areas likely hasn’t as much.) Two other tidbits–English/Lit/Reading has fallen 24% since 2002, while Math is unchanged during same period.

And Geography is more than Foreign Language and Theology combined? Alrighty, then.