Why Apps Should Replace Textbooks In Your Classroom

by Terry Heick
in The Future Of Learning
1.2k
SHARES
4.3k
VIEWS
SharePinTweet 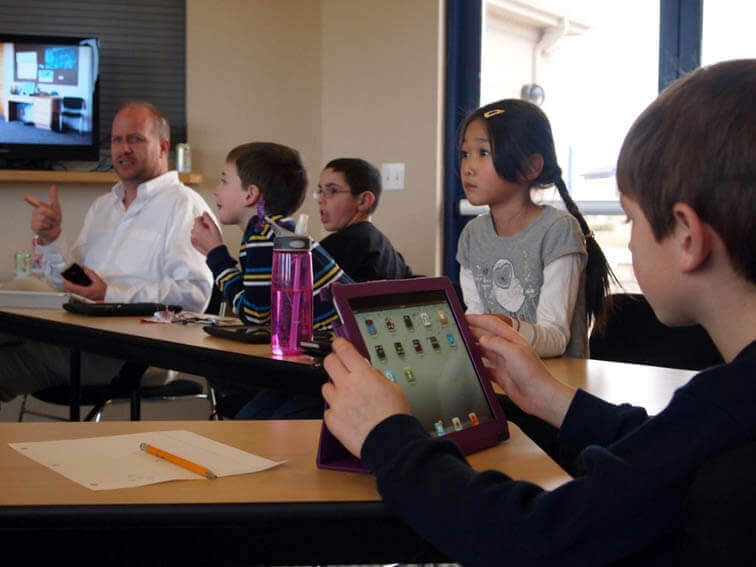 Why Apps Should Replace Textbooks In Your Classroom

Over the last couple of years, the news that both Apple and Amazon were entering or otherwise updating their participation in the textbook market is both underwhelming (we really should be way past seeing next textbook forms as innovation) and important (there’s a bigger picture, as always).

That teachers can now create personalized and interactive textbooks is interesting if you’re merging old ed-thinking with modern tech-thinking. Textbooks have long been used as centralized information stores, allowing users to all be on the same page (literally), with the same content, and take the same tests. Of course, after Carol Ann Tomlinson (among others) spent the last decade and a half trying to convince education to differentiate instruction—creating access to content, process, and product based on interest, readiness, and learning profile—we’ve seemingly skipped full integration of that step altogether in pursuit of modern ideas of individualized instruction and personalized learning.

And through technology, the burden of doing so isn’t entirely incumbent on the shoulders of the overworked classroom teacher, but rather available through the busy, tireless digital hands of technology. Because of the interdependence of education, when one component changes, other changes necessarily follow suit—either those planned and desirable, or unplanned and undesirable.  With technology ubiquitous in school districts across the United States, even poorly implemented and crude tech changes things—if nothing else allowing for digitized version of instructional relics. Like the textbook.

If education is truly in a place where there is honest and collective interest in personalized instruction, and the hardware exists to go in a dozen directions at once, perhaps it’s time to consider the possibility that digital textbooks have been under our nose for years now, masquerading as playthings and a la carte content. Maybe apps can do everything a textbook can, but with the agility to enable sustained personalized instruction.

7 Reasons Apps Should Have Already Replaced Textbooks In Your Classroom

Apps are not only updated more regularly than books, but they’re also often connected to other apps, social media channels, workflow tools like Evernote, search engines, and other resources through APIs. This means that, with the right planning and lesson design to take advantage of such connectivity, students are always only a click away from contextual research, brief but productive tangential searches, curation for future reference, sharing with groups for collaboration, and more.

While this can be a source a distraction, it’s up to your planning to see that it’s not.

Because of their specialization—“Bacteria” versus “Biology”—apps support closer examination of fields and topics, and often with a twist—the DNA in crime investigation, versus the more general, staid topics in textbooks. It is this kind of “fragmentation” that makes learning more accessible and personal for learners, allowing for each student to find unique pathways in a larger field of study.

Project-Based Learning (PBL) is a structure that supports both personalized learning, and close study of content. Rather than simply study “Symbolism” in an English-Language Arts class, PBL can act as an anchor for the application of symbolism “in the real world”—in communities both digital and physical. And you don’t need a “Symbolism” app for that, but rather apps that are authentic and accessible to learners—something they might’ve in lieu of formal academic study.

This is neither good nor bad necessarily–depends on if you want gamification. But having it as an option isn’t a bad thing. Apps support user registration, which can allow data to be collected, leaderboards to be shown, and badges to be earned in pursuit of knowledge in a way that textbooks can’t precisely support due to their inherent breadth-over-depth approach.

While digital textbooks would be viewable on iPads, and perhaps on mobile devices like smartphones as well, apps are created from the ground up to use the GPS, camera functions, accelerometer, texting, and other features that are so seamless to use—integration that is, at best, clumsy on larger devices, and non-existent on textbooks.

Or rather, they can be. Much more so than books.

7. They Can Do Everything A Book Can Do

Well, except run without electricity. And be donated effortlessly. But you get the point–apps can function like books with an entire universe lurking beneath each page.

Of course, challenges remain. Not everyone has an iPad, iPhone, or Android device. And for teachers using a curriculum that is scripted—or even on very tight “curriculum maps,” using apps can be a challenge. Textbooks are often written directly “to standards,” which makes “alignment”—something treasured by districts nationwide—almost thoughtless if teachers stick to the yellow brick road. Finding a solution to the problem of finding the right app for the right content at the right time is ever-present.

But in progressive schools and districts where the instruction is learner-centered, and the content area seems magical because of the passion of the teachers and the method of curriculum delivery, apps are stunning in the diversity and number—each one the result of a likely enthusiastic and bright individual developer’s perspective on a strand of what teachers call content areas.

Why Apps Should Replace Textbooks In Your Classroom; image attribution flickr user flickeringbrad