Chasing The Definition Of An Academic Argument

Chasing The Definition Of An Academic Argument

Most modern academic standards make crystal clear that college and professional workplace readiness demand students have the ability to read and write arguments. Indeed, while identifying the three genres of writing in the Anchor Standards, Appendix A stresses the priority of argument:

While all three text types are important, the Standards put particular emphasis on students’ ability to write sound arguments on substantive topics and issues, as this ability is critical to college and career readiness.

What many educators do not fully understand, however, is that the Standards define argument in the narrower sense found in logic rather than in the colloquial sense. Although many people think that an argument is a one-sided attempt at persuading somebody of something, using whatever rhetorical tricks they can muster, an academic argument is more like a scientific paper that aims at understanding, not one-ups-manship:

English and education professor Gerald Graff (2003) writes that “argument literacy” is fundamental to being educated. The university is largely an “argument culture,” Graff contends; therefore, K–12 schools should “teach the conflicts” so that students are adept at understanding and engaging in argument (both oral and written) when they enter college. He claims that because argument is not standard in most school curricula, only 20 percent of those who enter college are prepared in this respect. Theorist and critic Neil Postman (1997) calls argument the soul of an education because argument forces a writer to evaluate the strengths and weaknesses of multiple perspectives. When teachers ask students to consider two or more perspectives on a topic or issue, something far beyond surface knowledge is required: students must think critically and deeply, assess the validity of their own thinking, and anticipate counterclaims in opposition to their own assertions.

The unique importance of argument in college and careers is asserted eloquently by Joseph M. Williams and Lawrence McEnerney (n.d.) of the University of Chicago Writing Program. As part of their attempt to explain to new college students the major differences between good high school and college writing, Williams and McEnerney define argument not as “wrangling” but as “a serious and focused conversation among people who are intensely interested in getting to the bottom of things cooperatively”:

To reinforce this point, there is sidebar in which “persuasion” and “argument are contrasted:

When writing to persuade, writers employ a variety of persuasive strategies. One common strategy is an appeal to the credibility, character, or authority of the writer (or speaker). When writers establish that they are knowledgeable and trustworthy, audiences are more likely to believe what they say. Another is an appeal to the audience’s self-interest, sense of identity, or emotions, any of which can sway an audience. A logical argument, on the other hand, convinces the audience because of the perceived merit and reasonableness of the claims and proofs offered rather than either the emotions the writing evokes in the audience or the character or credentials of the writer. The Standards place special emphasis on writing logical arguments as a particularly important form of college- and career-ready writing.

This has major ramifications for how teachers teach writing in which claims and evidence are advanced. That means that such time-honored rhetorical moves as cherry-picking the data to supports one’s views in a History or Science paper can no longer be acceptable. All key counter-evidence and counter-argument must be addressed. (See one process for argument analysis.)

Why This Is A Problem

Here is the anchor standard:

1. Write arguments to support claims in an analysis of substantive topics or texts, using valid reasoning and relevant and sufficient evidence.

However, for grades 4, 5 and 6, the following is given as the first writing standard:

1. Write opinion pieces on topics or texts, supporting a point of view with reasons and information.

Why not demand an argument? Why not expect a consideration, no matter how unsophisticated, of counter-evidence and counter-argument? There is no developmental reason not to do so. More to the point, why make the students and teachers think that merely offering opinions with a bit of (cherry-picked) evidence is satisfactory evidence for meeting the writing standard – only to be undone in Grade 6? Why wouldn’t the Anchor Standard be used across all grades? At the very least it is a clear warning: do not just read grade level standards!

Anyone who has ever worked on Standards Committees as I have knows that the grade-level descriptors are rife with arbitrariness as sub-committees try to pick verbs and adverbs that somehow progress each Standard from grade to grade. But many of these distinctions are without justification (ironically). And in the case of ELA it is superfluous: the Anchor Standards are precisely as they are named – they provide an Anchor for all grade levels. Each and every grade, where it can, should have the same standard, therefore. Then, all that would differ would be our expectations in terms of argument precision, thoroughness, and excellence over time. Put concretely, all that would change from year to year would be the anchor papers.

I’m just saying in a nice way what David Coleman famously said on video: in the real world, no one cares about your opinion. In the narrow sense of ‘mere’ opinion without thorough support and argument, he is assuredly correct (even though, out of context, it sounds snarky and harsh.)

Why Does This Matter?

I thought readers would find it interesting and helpful to see a Freshman College writing assignment that reflects the key reading and writing standards on argument. As luck would have it, my son has gone back to college after a 5-year hiatus and he is in a Freshman writing course at Columbia. The attachments below come from his current writing assignment:

the two readings the writing must discuss

one of the two exemplary papers provided as models

This set provides a crystal-clear example of what college professors expect vis a vis these standards.

The broader lesson here is that the Standards mean very little without knowing the level of rigor in the expectations that are expected. Rigor is established not by the teaching but the assessment: the rigor of the task, the rigor of the models and rubric, and the standard set by the model papers. Faculties that spend all their time thinking about instruction vis a vis the Standards will be missing the whole point of what a Standard is. It specifies outcomes, not inputs. (For a great resource that contains many sample assessments and papers, see David Conley’s book College Knowledge.)

A shout-out to my wife, Denise, who two years ago did a close reading of the Standards and caught this distinction between argument and persuasion that had heretofore gone unnoticed since the key text (quoted) above is in the Appendix, not the Standards themselves.

Image attribution flickr user noneedtoargue; The Definition Of An Academic Argument; This article first appeared on Grant’s personal blog; Grant can be found on twitter here;

An Example Of A Socratic Discussion With A Student

20 Of The Best Study Apps For The Plugged-In Student 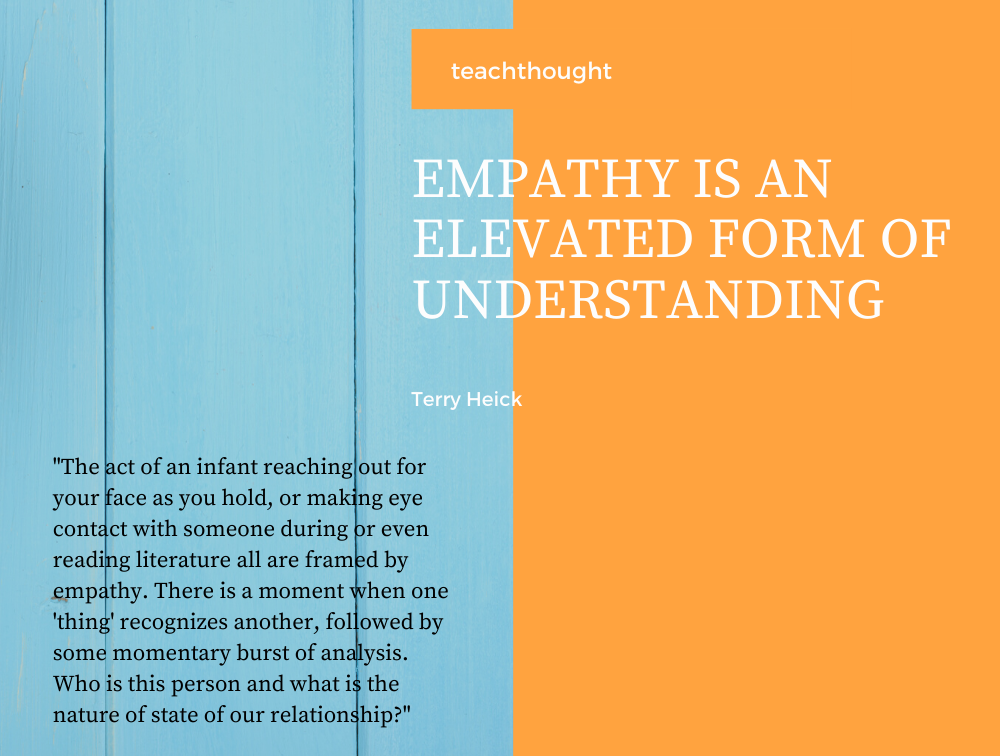 Empathy Is An Elevated Form Of Understanding

The relationship between learning goals and empathy may not be clear but what we choose to study and why we... 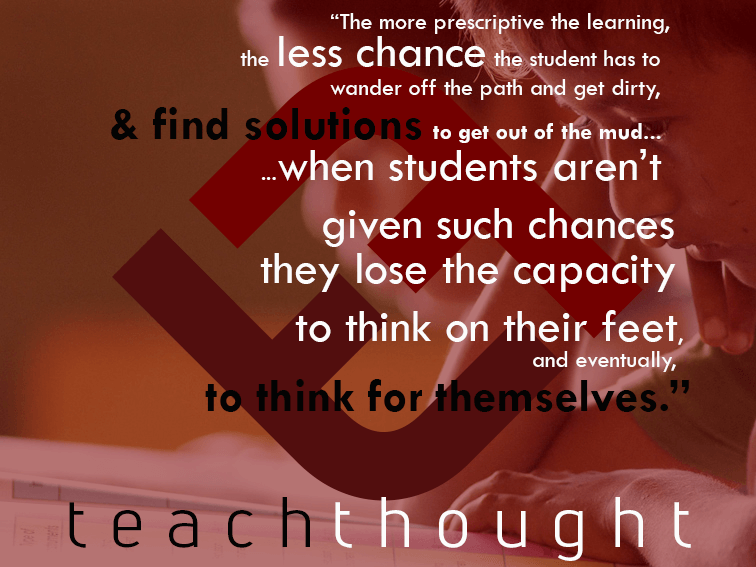 They reduce the opportunities to explore creativity in subjects. If we want to create students that solve problems, we need...