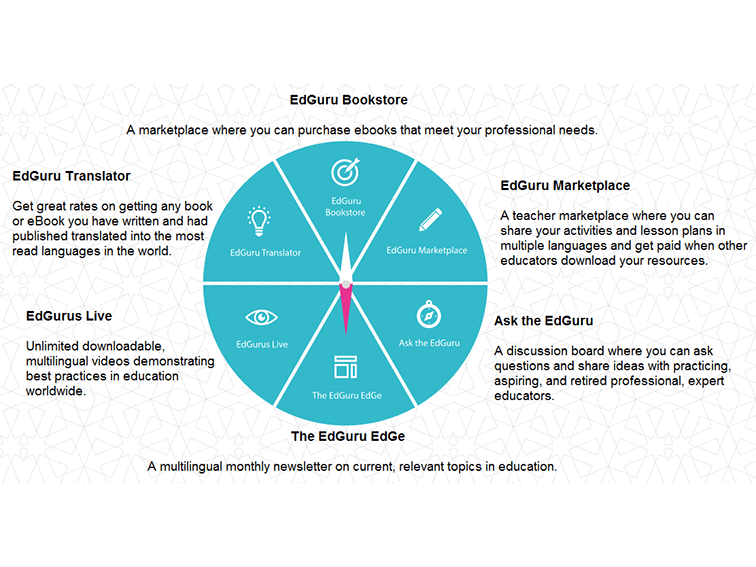 Multilingual Global Platform For Teachers Seeks To Respond To Globalization

Globalization refers to the unification of markets and elimination of trade barriers between countries to encourage free trade and economics in the supply of goods, services, capital, and labor.

Globalization has largely been influenced by advancements in technology and political changes that have brought different cultures and economies into a single sharing economy to provide greater economic development and higher standards of living to all members.

The coming together of all markets into one provides significant opportunities for enterprises to offer services to a wider customer base through which they can tap into unmet market demands and needs to further their financial and non-financial goals.

The origins of globalization can be traced back to two key events, the Industrial Revolution of the 19th century and the end of the Second World War in the mid-20th century. The industrialization that took place in the 19th century gave rise to considerable economies of scale that emphasized cost-reduction and competitive advantages. This, along with rising demand for commodities, served as key catalysts for a single and large global market.

As for political reasons, the end of the Second World War provided war-torn countries the incentive to improve their economies and took measures to ensure peace and stability through free-trade initiatives to encourage trade and supply of goods, services, and capital.

France and Germany, who had fought each other in multiple wars during the Second World War, took the initiative of setting up the European Coal and Steel Community in 1951 after the Treaty of Paris. This later culminated in the rise of the European Union as a major free-trade bloc.

The growth in globalization has had important consequences for nations particularly in allowing them to increase their competitive advantage and lower their operating expenses. Both developed and developing countries have benefitted from being able to diversify and export goods and services to various countries to improve their economic conditions.

Globalization has been pivotal in allowing enterprises to go from catering exclusively to a domestic market to an increasingly diverse market internationally. Due to the contribution of technologies, such as the World Wide Web, and sociological and political factors, companies have moved from concentrating their products and services to a purely domestic audience to a wide international customer base.

The integration of markets in free-trade areas means that investors, producers, and customers can freely move in and out of countries to pursue economic opportunities, and this has had crucial implications for various industries, particularly the education sector.

Education systems used to be largely confined to the cultural ideas and value system of their country’s respective traditions. However, with the spread of globalization, education facilities with more experience and expertise, usually Western educators, now have the opportunity to impart their knowledge in and transfer skills to various developing countries.  As a result, a generation of children and adults now has the necessary skills and professional acumen to meet the evolving needs of a highly globalized world.

This modern and globalized education system, which is a reflection of media innovations, cultural and social norms, and technological advancements, has led to a restructuring of previous curricula to conform to new enterprise requirements.

Many developed countries today have pioneered the concept of globalization and embedded it into their education systems to ensure students are able to seamlessly transition into the workforce with considerable ease and convenience and are conscious of the issues facing the globalized world.

The United Kingdom is one country that excels in creating such an education system. Its centrally run education system commits to a stringent and quality learning program of its National Curriculum, in which each student is made to pass four stages. It inculcates diversification of ideas and multi-cultural experiences to nurture leaders who are capable of displaying leadership with confidence, professionalism, and integrity.

Canada is another country that pursues unprecedented education standards. Primary and secondary education is free for all children starting at the age of 5. Although it does not have a centralized education system, it has not proven to cause administration problems.

Germany has also proven to be a country vested in developing a skilled workforce through its globalized education system. Students are required to undergo a four-grade primary education after which they have the option of choosing one of three tracks depending on their academic achievement. German students are considered the youngest to enter their designated career paths.

For students to be effectively exposed to the concept of globalization, it is essential for teachers to utilize up-to-date technological tools and platforms. This is why I am launching a campaign called EdGuru.

EdGuru recognizes the impact of globalization on education and provides the global education community with the tools to cultivate skilled leaders. EdGuru provides an international digital marketplace for educators to give students the necessary exposure with differentiated instruction through online forums, research articles, practice videos, and eBooks. EdGuru’s multilingual resources are in the most spoken languages worldwide, so students and educators become familiar with and engage in international markets.

A globalized education system provides social cohesion and stability. With new and updated education standards and teaching methods, a child can become more conscious and willing to engage in a highly multicultural society that transcends national and cultural boundaries. Globalization and modern education go hand-in-hand in developing professional learning communities that can inspire students to take on and respond to challenges facing a highly globalized world.

With new technological advancements and changing cultural values and norms, students will have greater confidence in delivering value and excellence in international markets and play a pivotal role in the formation and progress of their respective nations and economies.

You can not only find our campaign linked above, but can find us on facebook as well.