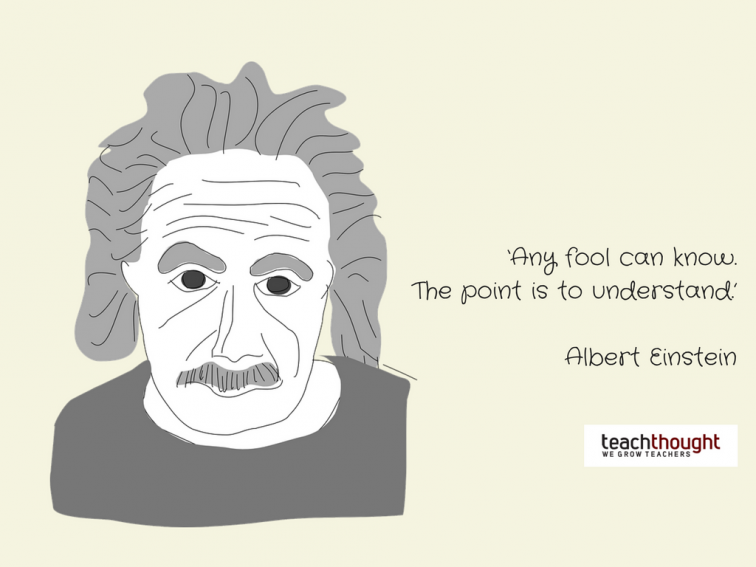 Just because a person is smart doesn’t make them a great teacher, and why that’s true is an interesting topic for another day.

In the last century, few intellectuals have been larger influences that Albert Einstein. In fact, because of the significance of his work with nuclear energy in the But in the case of Albert Einstein, we’ve had more than half a century to digest his work, his influence, and some of the lessons that can be extracted from both (some of which we’ve covered in our 52 Of The Best Quotes About Learning).

The American Museum of Natural History explains that Einstein’s effort with the development of the atomic bomb has been overstated.

“In an interview with Newsweek magazine, he said that “had I known that the Germans would not succeed in developing an atomic bomb, I would have done nothing.”

“Although he never worked directly on the atomic bomb, Einstein is often incorrectly associated with the advent of nuclear weapons. His famous equation E=mc2 explains the energy released in an atomic bomb but doesn’t explain how to build one. He repeatedly reminded people, “I do not consider myself the father of the release of atomic energy. My part in it was quite indirect.” Nevertheless, Einstein was frequently asked to explain his role—as he was when a Japanese magazine editor asked him, “Why did you cooperate in the production of atomic bombs, knowing full well their…destructive power?”

Einstein’s answer was always that his only act had been to write to President Roosevelt suggesting that the United States research atomic weapons before the Germans harnessed this deadly technology. He came to regret taking even this step. In an interview with Newsweek magazine, he said that “had I known that the Germans would not succeed in developing an atomic bomb, I would have done nothing.”

Einstein’s prodigious intellectual capacity combined with the historical context of his work make studying how he approached learning–and the application of his learning–uniquely informative. Obviously there’s a lot more to that context that can’t properly be unpacked in a single post. However below, we’ve extracted 10 general lessons about learning from the life of Albert Einstein. 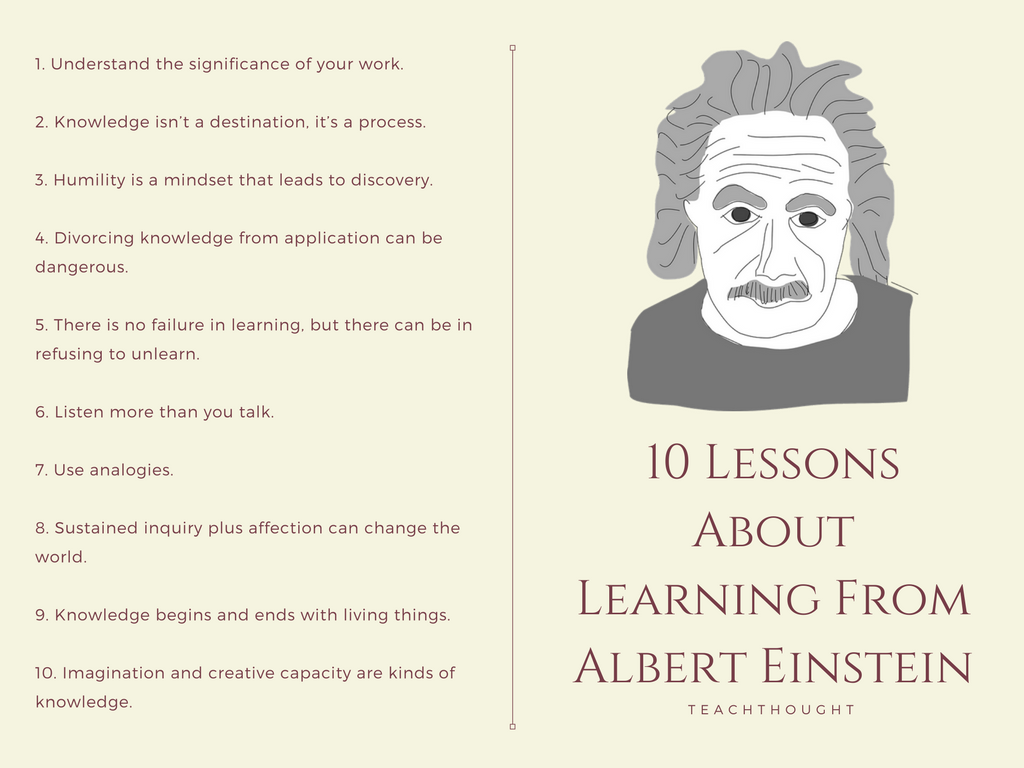 1. Understand the significance of your work.

3. Humility is a mindset that leads to discovery.

4. Science can’t be divorced from application.

5. There is no failure in learning, but there can be in refusing to unlearn.

6. Listen more than you talk.

8. Sustained inquiry plus affection can change the world.

10. Imagination and creative capacity are kinds of knowledge.