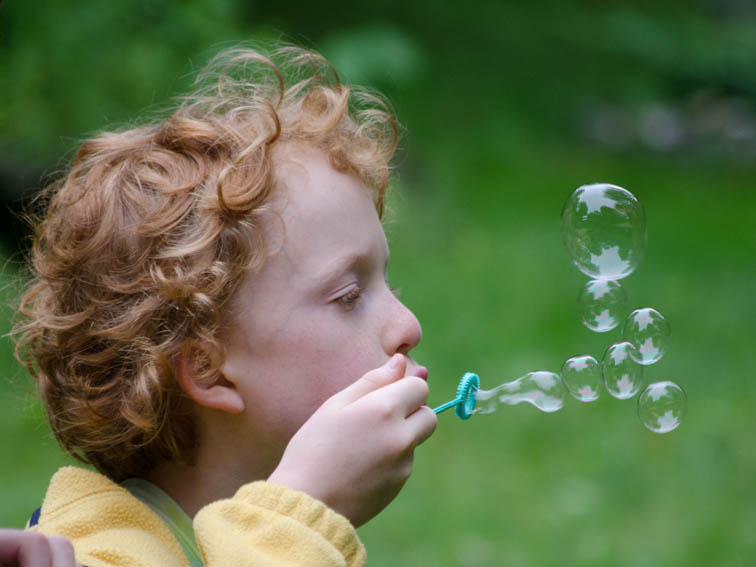 Why You Bore Students & What You Can Do About It

Preface: You don’t mean to bore students. In fact, sometimes you’re downright interesting–the students are engaged, the buzz in the room is palpable, and even the hesitant students are asking questions. But the fact of the matter is, even the most charismatic and experienced teachers bore students sometimes. But the good news is, it may not be your fault. Judy Willis explains the neuroscience behind it all, and offers some simply tricks to help mitigate the reality that you and your content are instinctively low on a student’s neuro totem pole. Oh–the article’s title was our idea, not Judy’s. ; ^ )

A few thousand years ago, in 360 B.C., Plato advised against force-feeding of facts to students.

“Elements of instruction…should be presented to the mind in childhood; not, however, under any notion of forcing education. A freeman ought not to be a slave in the acquisition of knowledge of any kind. Bodily exercise, when compulsory, does no harm to the body; but knowledge which is acquired under compulsion obtains no hold on the mind.”

We now have neuroscience of learning research to support these recommendations to avoid forced instruction and provide children with the best environment and experiences for joyful learning. We have come to literally see how stress and curiosity edits which sensory information is given entry to our neural networks and where the input ends up.

Social, emotional, hormonal, and nutritional influences are overtaking the attribution of intelligence to primarily genetic factors. Microbiology research reveals that emotions and experiences turn on or off portions of genes that determine how that gene will be expressed. Neuroplasticity research reveals that intelligence can be changed and guides us to educational and parenting strategies are neurological to promote positive changes.

In this post, combining my background as a neurologist and classroom teacher, I’ll share my strategies to help parents and teachers get information “admitted” through brain’s attention system.

Children Are Paying Attention, Just Not To The Boring Things In Class

Getting into the brain is like getting into an exclusive nightclub where only the glamorous few are selected. Once inside, another gatekeeper, stress, determines what makes the cut to enter the upper VIP lounge in the prefrontal cortex—that valuable 13% of cerebral architecture where our highest cognition and emotional reflection takes place.

The brain evolved to promote the survival of the animal and the species. That means giving priority to potential threat. Every second, of the millions of bits of sensory information from the eyes, ears, internal organs, skin, muscles, taste and smell receptors that are at the entry gate, only a few thousand make the cut. The system that determines what gets in—what the brain attends to is the Reticular Activating System or RAS. This primitive network of cells in the lower brainstem, through which all sensory input must pass to reach any higher regions of the brain, is essentially the same in your dog, cat, child, and you.

The RAS favors intake of sights, sounds, smells, and tactile sensations that are most critical to survival of the animal and species. Priority goes to changes in an animal or human’s environment with priority to change appraised as threatening. When threat is perceived, the RAS automatically selects related sensory input and directs it to the lower brain where the involuntary response is not to think, but to react—fight, flight, or freeze. 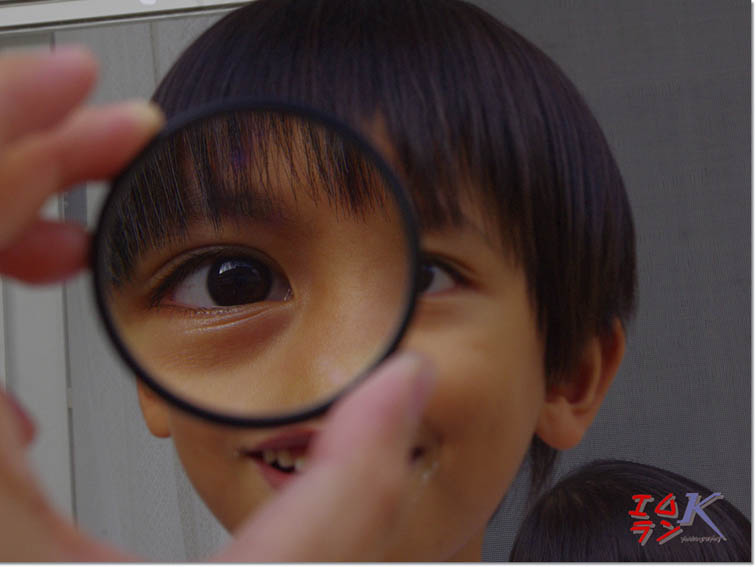 Force Feeding Won’t Work Even On A Hungry Brain

The RAS is a virtual editor that grants attention and admission to a small fraction of all the sights, sounds, and tactile sensations available at any moment. This survival-directed filter is critical for animals in the wild, but as it has not changed significantly as man evolved, and the implications for the classroom or with children in the home are significant.

When children’s brains perceive threat (punishment or embarrassment in front of classmates for not doing homework, fear that they will be picked last for a kickball game, or anxiety that they will make an obvious error because they are not fluent in English) the RAS lets in only what is perceived as relevant to the threat. Unless the perception of threat is reduced, the brain persists in doing its primary job—protecting the human or animal from harm. The neural activity on scans during fear, sadness, anger or other stressful emotions is evident in the lower brain.

In this stressed state “attention” is not under our control and the brain activity on scans drops way down in the prefrontal cortex. That higher, reflective, cognitive region of the brain does not receive the sensory input determined irrelevant to survival, and the day’s lesson does fall on deaf ears.

One of the great gifts of neuroimaging research is information about which sensory input gets through the RAS when threat is not perceived. When not under high stress alert, the RAS is particularly receptive to novelty and change that arouse curiosity. That is the key to the gate—the brain seeks input about the new, the unexpected, the colorful, musical, moving, aromatic sensations that are available when perceived or imagined threat is not blocking the way. When students are curious about something, they seek an explanation. This motivates them to persevere in seeking the information they now want to learn and what they need to be taught.

Knowing about the RAS means we can promote classroom communities where students feel safe, where they can count of the adults in charge to enforce the rules that protect their bodies, property, and feelings from classmates whom they perceive as threats to these things. Our increasing knowledge of what gains access through the RAS, once threat is reduced, offers clues to strategies that promote attentive focus to lessons in school and at home. 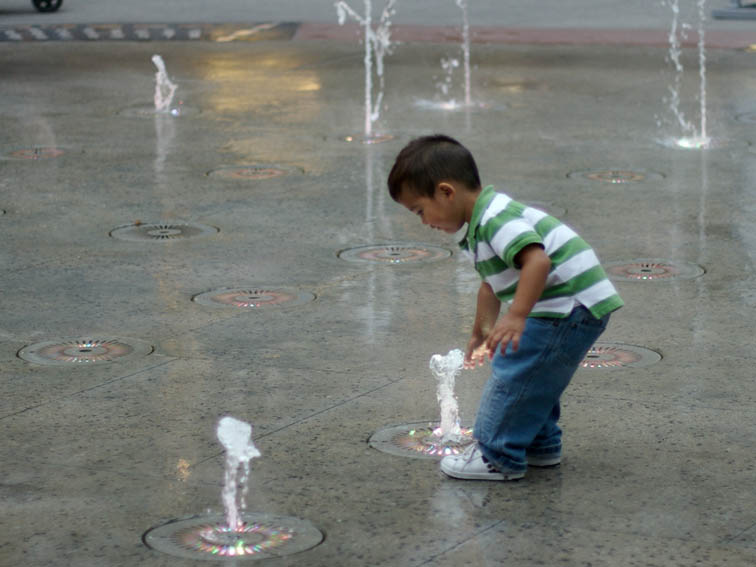 You can build novelty into teaching new information. Changes in voice, appearance, marking key points in color, variation in font size, hats, movement, lessons outdoors, music, curious photos, unexpected objects (a radish on each desk when students enter the classroom) get the RAS attentive to admit the accompanying sensory input of lessons that relates to the curious sensory input!

Advertising a coming unit with curiosity provoking posters or adding clues or puzzle pieces each day invests curiosity as children predict what lesson might be coming and the RAS is primed to “select” the sensory input of that lesson when it is revealed. Playing a song when students enter the room can also promote curiosity; hence focus, if they know that there will be a link between some words in the song and something in the lesson. If a teacher, or parent helping with homework, walks backwards before a lesson about negative numbers, the RAS is primed by curiosity to follow along when a number line is unrolled on the floor to start instruction about negative numbers.

Even a suspenseful pause in your speech before saying something particularly important builds anticipation as the students wonder what you will say or do next. To further alert the RAS, increase curiosity, and the subsequent memory of the information (learning) that explains the curious phenomenon, have children make predictions. The predictions can be written down, shared with a partner, or held up on individual white boards at any point during a lesson. Don’t break the participation or curiosity confirming or denying a prediction.

Instead, maintain the interest by responding with a nod of acknowledgment or a “thank you” so the other students will continue to predict. The brain actually learns based on a system of predictions and feedback as neuroplasticity strengthens neural networks used to make correct predictions and it corrects memory networks used to make incorrect predictions. (This is why timely corrective feedback is important so those faulty circuits can be replaced with accurate information.)4 Ways

Children Who Actually Get Excited When Asked, “What did you do in school today?”

As the survival tool, the RAS alerts to curiosity and remembers the resolution of the brain’s prediction, as animals need to learn and repeat behaviors that are satisfying and fulfill survival needs, such as eating tasty food or following the scent of a potential mate. Engaged and focused brains are alert to sensory input that accompanies the pleasurable sensations. In animals these associations will make them more likely to find the source of pleasure in the future. As students enjoy the investigation with the radishes, the required lesson content can follow the open gateway to reach the higher, cognitive brain.

The novel experience of a simple radish, when used to promote curiosity and prediction, is likely to do more than carry the learning experiences into long-term memory. When children are asked that evening, “What did you learn in school today?” they will further strengthen the memory as they describe both the radish and the day’s lesson as grateful parents give the positive feedback of attentive listening.

Younger students learning the names and characteristics of shapes might have the opportunity to develop a concept of roundness and evaluate what qualities make some radishes have greater “roundness” than others. The lesson for older students might address as analysis of similarities and differences. The RAS will respond to the color, novelty, peer interaction of evaluating these objects that are usually disdained when found in their salads as they develop their skill of observation, comparison, contrast, and even prediction as to why the radishes that seemed so similar at first, become unique as students become detectives using magnifying glasses.

Students’ stress levels remain low as they use their individual learning strengths to sketch, describe, or take notes about what the radishes in their group have in common and how the differ.