What is Bad News? Bad News is a simple tool to help students understand ‘fake news,’ the (modern?) phenomenon of misinformation and ‘content as news’ propagated, at least in part, by the rise of digital and social media.

(You can download an info sheet about made for educators.)

It also introduces the concepts of content forms by allowing players to choose between fake news memes, photoshopped images, or actual ‘content’ (news stories and articles, etc.), with some strategies (personal attacks) and forms (memes) working better than others depending on the fake news topic.

Couple this with our The Cognitive Bias Codex: A Visual Of 180+ Cognitive Biases and you could have the beginnings of a crash course in critical thinking online.

While I highly recommend the game as a teaching tool, I gave Bad News a couple of play-throughs and ran into a few areas the experience could be improved–first and foremost, the ‘rating’ mechanic that asks users to rate the reliability of certain social media posts.

While it makes sense in concept, in practice, it’s unclear exactly what you’re evaluating the reliability of: the social media post, the user who shared the post, or the framing of the content in the post.

It’s also not meant to be a full-on learning-about-fake-news simulation, so it’s fairly thin in terms of what you’re able to actually do from a mechanics standpoint–which limits some of the utility and can leave it feeling a bit like a drawn-out finger wag at social media use in general.

That said, when the game is at its best–letting you choose between heinous disinformation tactics in order to gain ‘credibility’–it’s hard not to shake your head in disbelief at how little critical thinking we practice on a daily basis in our lives. And fake news and social media are maybe just a microcosm.

The game is simple enough that you don’t need instructions and if players make a mistake, it’s short enough to just start over. As a kind of simulation, it is reminiscent of TeachThought-favorite Plague, Inc., a feeling reinforced by Bad News developers stated mission of ‘vaccinat(ing) the world against disinformation.”

If you want to introduce students to the idea of fake news and the tactics used by media publishers to change user’s perceptions about news–and in turn, reality itself–it’s a brilliant little tool to get started. 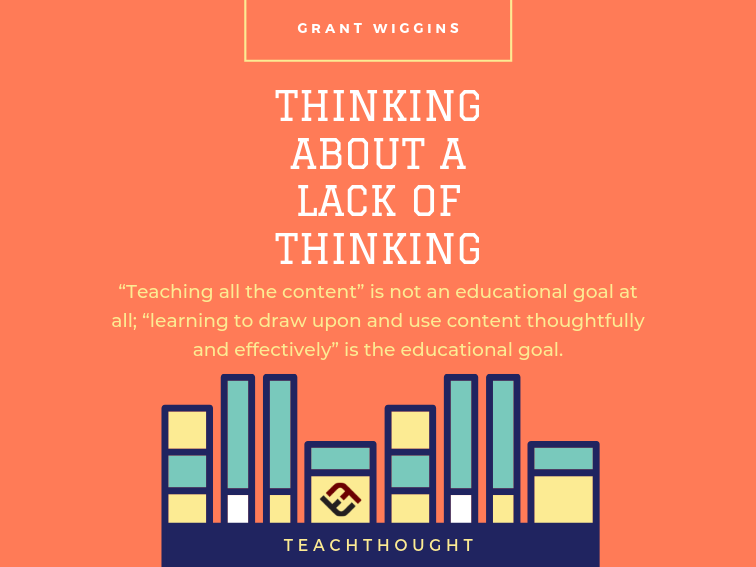