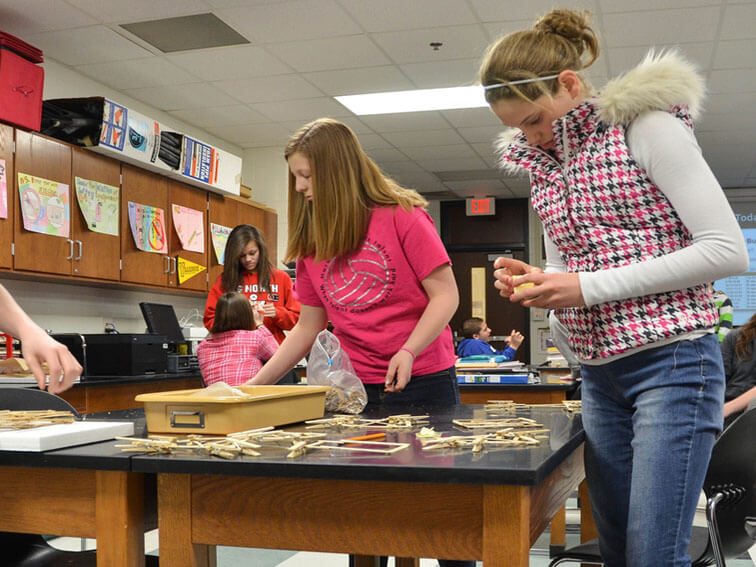 On Collaboration As An Industry

Hopefully we can agree that education–as it exists–isn’t good enough. I know this is a tired argument, but it’s an underlying assumption of this concept: education needs reform. Iteration. Evolution. Transformation. Whatever word reflects the level of urgency you’d assign it all.

It’s curious that in seeking this evolution, we turn to the product of the system rather than the systems themselves. We criticize the egg instead of understanding the chicken. Of course, the bits and pieces–the gears–of that chicken are complex to the point of obscurity. This makes self-correction through iteration–the current model for ed reform–a challenge.

And this in lieu of so much creativity and knowledge and expertise out there because these same experts get behind the machine and push. We seek approval from the same power holders and institutions that nod their heads yes or shakes their heads no, not realizing it is their way of thinking that got us in this mess. We seek change not just from within, but from above.

In response, we need collaboration between and across innovators and experts that is disruptive even if it’s simple for the sake of disrupting. Make noise. Draw attention. Walk into a movie theater and scream “fire!” Unplug the television. Turn off the WiFi, because this whole thing isn’t getting anywhere quickly.

Disruption in general is about unsettling, and is often thought of in terms of chaos. Disruptive collaboration is working together to force change. It’s the artful unsettling of that which has become inartistic. Reconfiguring systems that can no longer see themselves, or replacing them altogether. It’s about shifting the locus of control.

On Collaboration In Thought

We could talk about helping our students collaborate disruptively–and we should–but most immediately, this is about teaching and learning. As educators, we should first want our thinking disrupted–taken apart and criticized and handed back to us in pieces. And not as contrarians, but equal partners seeking to understand one another.

We should seek collaboration that torpedoes our ideas–and the ideas of the power holders up top that have shut off their innovation trying to please the folks above them–and then emerges on the other side a kind of hybrid of what we think together. And then want it all to disappear and only come back to us in bits and pieces that we can’t recognize as my thinking, but only thought.

We should want to stop seeing ourselves or the people we collaborate as having ideas, but ideas having people so that the stink of bias and diplomacy and friendliness and compliancy is swapped for careful thinking that actually stands a chance to survive the whole clumsy process.

And once these ideas are articulated and broken apart and transparent and nobody’s thinking, let’s color them with the wonderful stain of idea exchange so that we can own them as a whole thing ourselves. And then we can produce something of worth together.

On Collaboration & Its Products

If you want to go fast, go alone; if you want to go far, go together. So let’s build something that offers viable alternatives for everyone–especially those marginalized by the system that exists. Let’s stop demanding rigor and accountability, and instead create something ourselves that is scalable beyond the walls of your school, or the reach of the concept of “academia” that continues to haunt learning everywhere. Something that thinks not in a pattern of school->curriculum–>content–>proficiency, but instead person–>learning–>knowledge–>lots of people–>lots of learning–>social capacity–>wisdom.

Let’s connect and build something that doesn’t serve you or the past or what’s already here but others and the here and now. Let’s build something we’ve never had–and do so by empowering everyone that’s a part of this.

Something that isn’t built to make your school or classroom spin faster, but rather is built for the real work of understanding something.