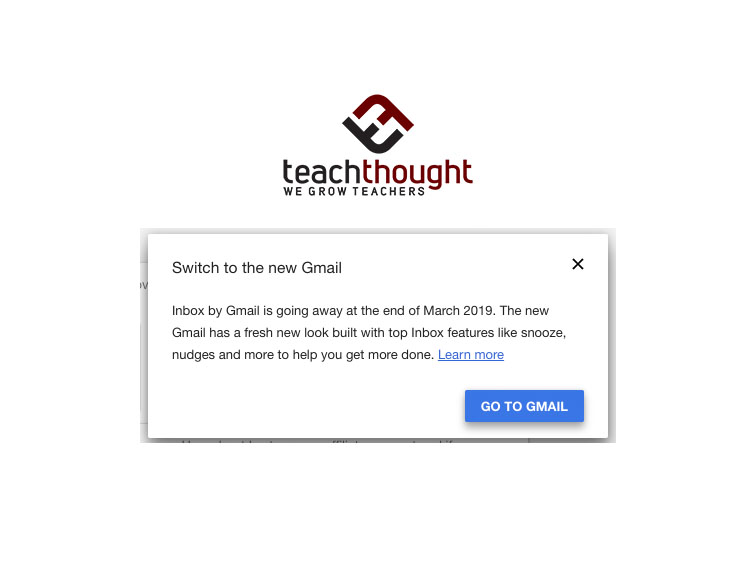 Google Is Discontinuing Inbox In March 2019. Here’s What You Need To Know

I woke up to a push notification from Google regarding my beloved Inbox.

Google recently announced that it is discontinuing support for Google Inbox in March 2019. Kind of a bummer but also not really a big deal.

What You Need To Know About Google Discontinuing Inbox

The problem with Google Inbox was that it didn’t do what it was designed to do (make email more useful and efficient), nor did it solve the primary challenges of email (e.g., spam and volume).

The reminders were nice, but overall it didn’t do very much that Gmail itself isn’t capable of (which is why Google is bringing some of Inbox’s features to Gmail (which you think they’d have simply done in the beginning). 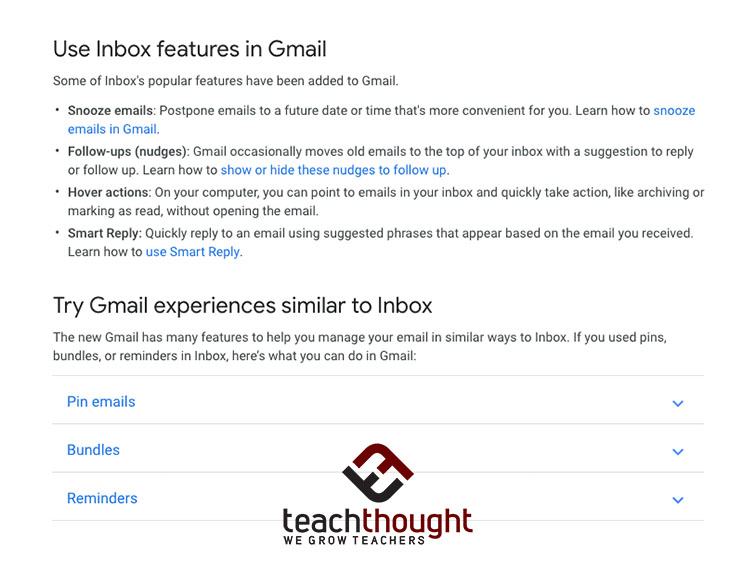 This means changes to Gmail

Google has given some updates and changes to Gmail in response. Among them:

To Clarify, Inbox and Gmail are different

The difference between Inbox and Gmail is small but important to understand now that Inbox is going away.

When it was designed, Inbox merged Google’s Gmail with reminders, folders, etc., to create a single place to send and receive messages, create to-do lists, and in general manage your day. It was basically like a small office for the mailman (i.e. Gmail).

This doesn’t mean Gmail itself is going away.

Google Inbox was, in part, a response to the rise of social media and social messaging. There have been stories over the years bemoaning the inefficiency of email. Some organizations even moved away from email altogether to make all messages open and social. (There’s zero chance that ever becomes the standard, but I get the idea behind it.)

While project-management platforms have filled some niches, email is still here because it works. So though Inbox itself is going away, Gmail is not.

You don’t have to do anything

You don’t have to close or open or register for anything. Your old Gmail address will continue to function as it always has–Inbox will just be gone.

Everything old is new again.

I remember the first text message I ever got and how ridiculous it felt. Why take all that time to type a message on a tiny keyboard when you could just call–or just send an email. Today, text messages are a kind of standard for personal communication. Public thread conversation is the standard for group discussion (think facebook, instagram, etc.), and pics and video are becoming more prevalent than sentences and paragraphs.

And while everyone complains about email, in contrast to public conversation or personal text messages to a phone number, email is really just a private message to a filterable inbox. Why is that so bad? (Answer: spam, along with the sheer volume of email we all get.)

My point is that from a cultural schema perspective, email is kind of like private messaging. It just needs to ‘work’ better, and it doesn’t, which is what Inbox was designed to improve.

It never caught on, so of it goes to feed in digital pastures.

You can read more from/on Google.

Google Is Discontinuing Inbox In March 2019. Here’s What You Need To Know