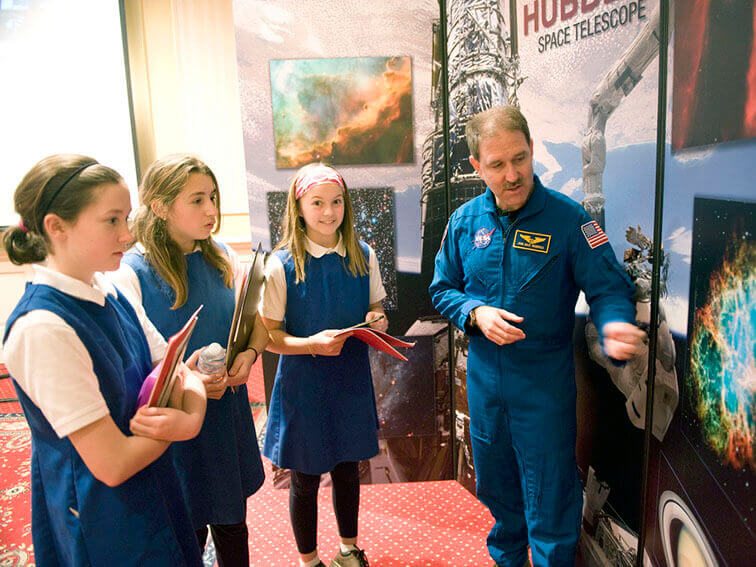 On February 28, a bill designed produce ‘female astronauts, scientists, engineers, and innovators’ was signed into law.

The convenient acronym (Inspiring Next Space Pioneers Innovators Researches and Explorers) describes an idea first introduced by Rep. Barbara Comstock (Virginia) during the 115th United States Congress. The act requires NASA to create and present to Congress a plan to help diversify aerospace.

(Sec. 3) This bill directs the National Aeronautics and Space Administration (NASA) to encourage women and girls to study science, technology, engineering, and mathematics (STEM), pursue careers in aerospace, and further advance the nation’s space science and exploration efforts through support of the following initiatives:

(Sec. 4) NASA shall submit to Congress a specified plan on how NASA can best facilitate and support both current and retired astronauts, scientists, engineers, and innovators, including early career female astronauts, scientists, engineers, and innovators, to engage with K-12 female STEM students and inspire the next generation of women to consider participating in STEM fields and to pursue careers in aerospace.

You can read more about the law at congress.gov.

Other Laws Signed By The President In The Last 30 Days