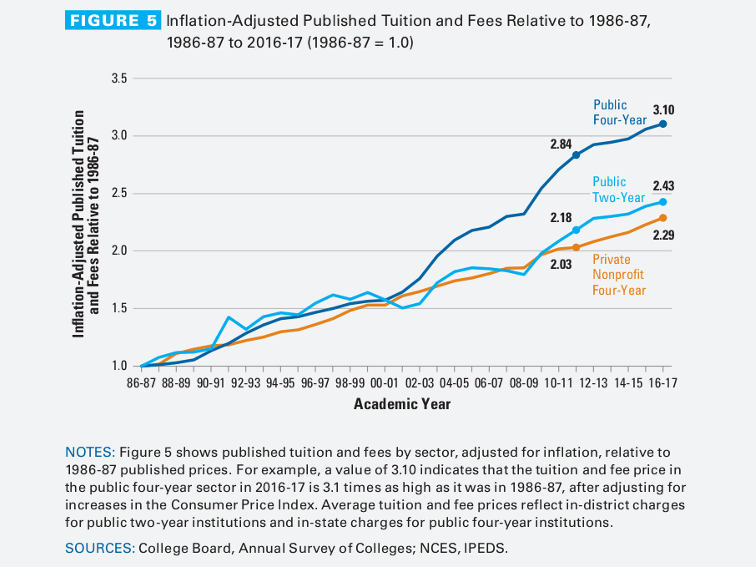 It’s a common refrain: The cost of college is high and getting higher.

A report (from SAT creator) CollegeBoard suggests that the price is going up everywhere, but the gap between public and private universities is changing.

For public four-year universities, the cost was $9,468.

The cost continues to rise, even when adjusted for inflation, as the CollegeBoard figure shows below.

The Cost Of Public Versus Private Institutions

A less reported point is the differences in the rate of change between public and private institutions. Private institutions continue to be markedly more expensive than public, and the rate of increase has been relatively consistent between the two over the last five years, with private, four-year schools up 13% over the last five years while public four-year schools are up only 9%.

But a different message emerges when looking backing a full 10 years, where the data shows a marked slowing of tuition increase for public institutions compared to the previous 5-year period, where prices were up 29%, compared to only 13% for four-year private schools.

The broadest takeaway might be that the cost is, simply, high, and K-12 might consider shifting the argument from college for everyone to college as an investment, with potential benefits and costs considered like a business proposition.

The average year-over-year increase? Around 3%. 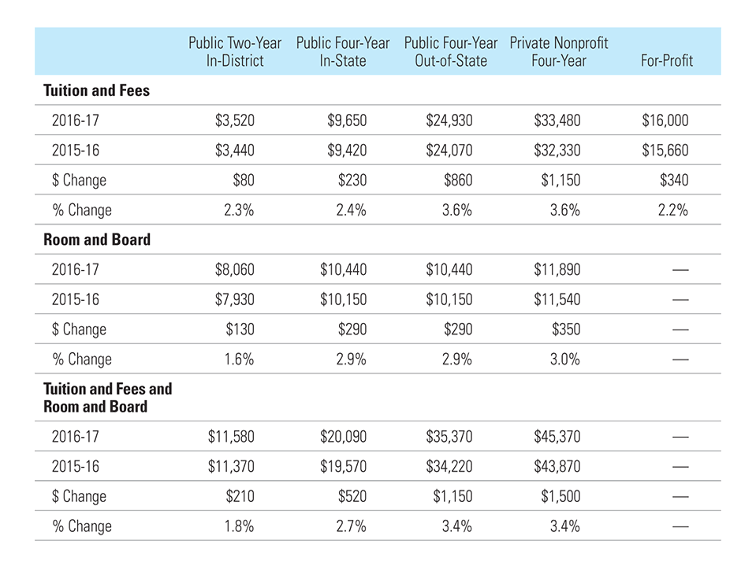 Other data points include:

You can read the full report at collegeboard.org.