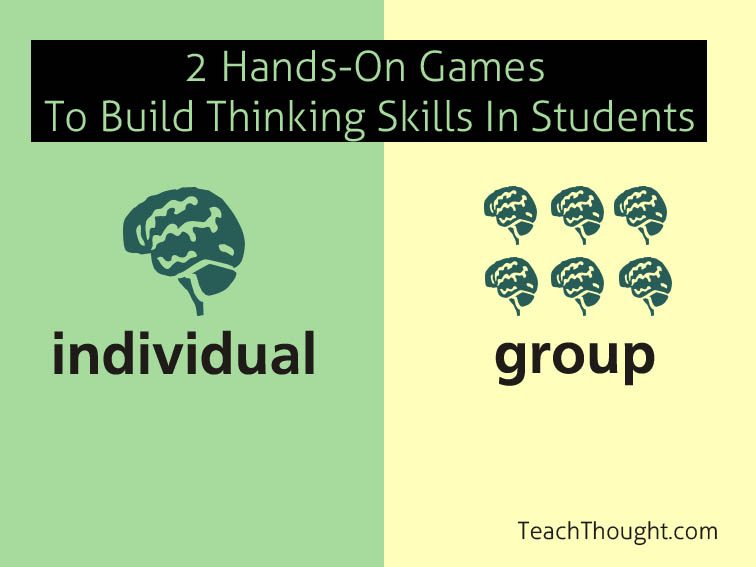 Executive Functions (EF) are the higher-level brain functions–e.g., planning, analyzing, evaluating, and designing–that education seems to covet most in students. But are there ways we can promote EF function and literacy–that is, ability and awareness of that ability–in students? Below are two games that can help.

Elementary & Middle School: “What EF am I?”

“What EF Am I?” is an activity that boosts understanding and building of executive functions. It has lots of dopamine-pleasure boosters that increase perseverance and reduce the stress of making mistakes. These dopamine boosters include movement, positive interaction with peers, humor, and individualized achievable challenge through scaffolding and variable levels of difficulty. Because the game can be played with different criteria for clues, students can learn from it each time they play.

Students have labels with the name of one of the EFs placed on their backs. The object is to listen to clues from several classmate partners to figure out which executive function is written on their label. Early on, the clues are about the characteristics of the EF. When a partner sees the label Prioritizing/Organizing they might give the clue, “You are the executive function that puts things in order” or “You are used when I arrange lots of loose papers in my binder”. After exchanging clues with two partners, the students can tell the second partner what EF they think they are, or choose to exchange clues with additional classmates. When they do make a prediction and it is incorrect, they continue to play by gathering more classmate partner clues.

As familiarity with the individual executive functions increases, the partners now need to share not definitions or examples, but actual learning experiences in or out of school in which they used the executive function successfully to solve a problem, reach a goal, or make an evaluation. This gives students opportunities to reflect of their successes as they use them as examples. It also gives partners insight into their own use of EFs that they had not recognized as such. Further, it gives students new ways they can use their developing EFs to achieve goals they hear about from classmates’ descriptions.

When individuals successfully predict the EF they represent, they work with together in groups of 2-4 with others in who have self-identified correctly. The students share out the applications of EFs they heard as clues into a group list. The group then selects two of these they feel most relevant to the understanding and problem solving they will be doing in this class as the year continues. These are added to a posted class list of “Executive Functions We Develop and Use”.

Before adding their choices to the list, a group representative shares out their selections with the class and defends these with group-derived reasons. By this time, they’ll probably have the self-awareness to realize they’ve successfully used at multiple executive functions such as judgment, prioritizing, reasoning, deduction, and cognitive flexibility (consensus building). That awareness itself adds an additional executive function success – metacognition!

Empowerment, fun, and development of the EF confidence and comfort can make “What’s my EF” a new class favorite. 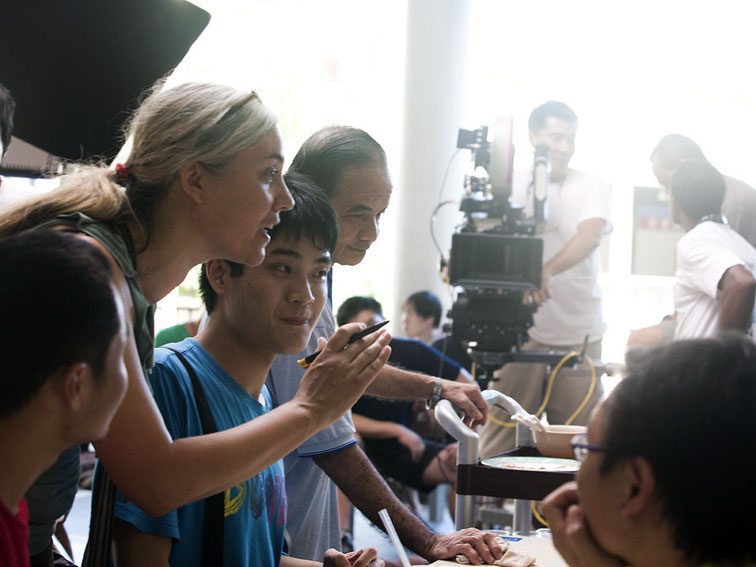 For this game, you can have students use deduction and other EFs as they construct their understanding of what the EFs are and how they have used them successfully in their own lives. Use a T-chart: one side for the whole class, and one each student makes for independent predictions. The goal is to give examples representative of one of two EF and build student awareness of the characteristics of each through deductive reasoning.

Start by writing the names of two EFs on top of each of the two lists. Early on, it can help to have one be an EF with which the students are familiar. You start by giving information about one or the other EFs. Use descriptive synonyms for students just being introduced to EFs and examples of when the EF is used for students who already know the meaning of each EF. Pause for students to put your word(s) in one of the two columns they are writing independently. You then say the EF list in which your synonym or example belongs. Students revise or confirm what they predicted accordingly.

Your EFs might be “Prioritize” and “Analyze” and examples could include:

“Sort the following items by importance in a given context.”

“Select the most important sentence in a paragraph and give reasons.”

“What characteristics of erosion are most evident in this hillside and what is that evidence?”

“Which question in this math word problem needs to be solved first and which information provided is needed to find that answer?”

This continues as a whole class activity for until students successfully make several predictions in a row. As students, at their own pace, make accurate predictions repeatedly, they go to the area of the room designated for independent continuation of the task. Here, they pair up with partners who have also made multiple successful predictions, to create new examples.

Groups of two then join into groups of four to confirm their conclusions or defend differences of opinion. They choose one or two from the group list that they feel best represent that executive function. You can then collect these and end with new additions for whole class sorting on the original lists.

Since EFs do become stronger with age and experience, guide students’ awareness of how they have become more powerful. Remind them that when they were younger they had no idea what clothes to wear in relation to the weather or to suit the occasion or destination. Ask what EFs they now use successfully when they can select appropriate clothing independently, and even predict what clothes they might need when traveling to a distant destination. This will help them understand what EFs look like on a daily basis, and how their own use of these functions has improved.

Don’t knock it ’til you try it.