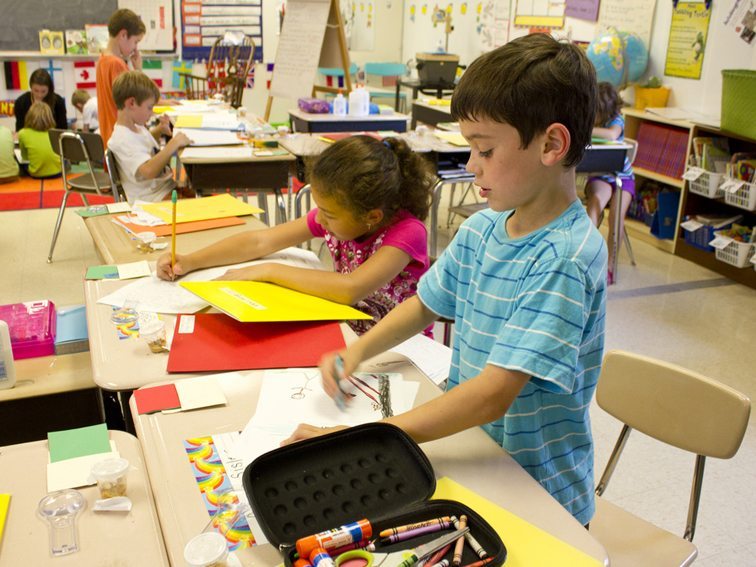 When you think of passion for learning, you might conjure up an image of Albert Einstein.

Einstein was regarded as the greatest intellectual mind of our time. Einstein did not conform to a mold. He was passionate. He thought outside the box. When he was studying at Zurich Polytechnic he had trouble landing a job as a professor due to his unconventional approaches. If you looked at his school record, you may be shocked to know what Einstein’s son said about his father:

“He told me that his teachers reported that he was mentally slow, unsociable, and adrift forever in his foolish dreams.”

When Einstein passed away, his brain was stolen and later studied to see if it was physically different. They wanted to find a way to dissect and explain his genius. Initial studies found that Einstein’s brain had a higher number of glial cells, which protect and help form synaptic connections. The idea was that Einstein’s brain was somehow superior. But, the brain is shaped by experiences. Perhaps these changes were a result of his learning, rather than the precursor.

A study in 1985 “On the Brain of a Scientist: Albert Einstein” found that Einstein’s brain was actually not significantly different from others. As an Organization Development blogger put it, what made Einstein different was his mind.

His thinking and passion for learning were the basis of his genius. His brain was the same, but his intellect was markedly different. He was often humble about his intellect, and instead said that learning relied on working hard and imagining the impossible. So what made his learning so different? What can we learn from Einstein?

Many teachers strive for that moment when they see hunger in their students’ eyes. When learning becomes a necessity to the follow passion they feel to achieve something. Einstein often talked about this thirst for learning and the power of imagination.

But what makes this possible and how is passion based learning achieved?

Educators can we provide an environment that drives passion by doing a few things.

1. Allow time for collaboration using social media. Constructivist learning theory suggests that students learn from meaningful experiences. Placing learning experiences ‘in context’ with social and emotional cues is said to reinforce learning. The learner engages in a reflection process that relies on the outside world. He uses learning experiences to construct meaning. In a classroom, this might mean using social media tools to increase learning. In Einstein’s case, he started the “Olympia Academy” to meet with friends to discuss ideas about physics. In today’s day and age, our academy might be discussing a lecture on Facebook or creating a Google hangout to talk about a class assignment.

2. Foster creativity. It is no surprise that creativity drives passion. If you let your mind wander, you may find that there is something that draws your interest.

3. Allow time for play. Creating a positive learning environment is just as important as teaching basic skills.
According to a book by Stuart Brown, Play: How It Shapes the Brain, Opens the Imagination, and Invigorates the Soul, “play stimulates nerve growth in the portions of the brain that process emotions and executive function”.

4. Allow students time to “get in the flow”. Similar to an athlete getting in the zone, teachers can create passion by creating projects that allow students to use emotional connections.

The proponent of “Flow, the Psychology of Optimal Experience” studied how artists engage in their craft for many years. Psychologist Mihaly Csikszentmihalyi found that artists and athletes lose themselves in their task and super focus forgetting the outside world.

According to the author, “The best moments usually occur when a person’s body or mind is stretched to its limits in a voluntary effort to accomplish something difficult and worthwhile.”
Educators can recreate this by choosing an activity that is enjoyable to the student, and slightly above their skill level and then raising the challenge as performances improves. Along the way, monitoring progress and focusing on a goal is important to this technique.

5. Find out about your students interests. Getting to know your students on a personal level can help understand their motivation. In “The Creativity Personality” in Psychology Today, Csikszentmihalyi suggests that creative people are both rebellious and conservative. Students want to learn tradition ways, before they break away from them in their own way. Teaching a solid foundation is important, so that they can then apply their own interpretations. This might translate in the classroom by having a student who loves Art, apply this to a history lesson once he understands the basic themes of the era.

6. Inspiration is more than just knowledge, it is about emotional connections. Teachers need to find out what really drives students. A lesson that taps into something a student cares about will produce more learning opportunities. In the age of standardized testing, it can be easy to forget to be inspiring. After all is said and done, teaching is a mix of science and art. According to studies documented by Sylvester and Levinthal, a positive learning environment that acknowledges emotion, improves problem-solving and creates better learning outcomes. Learning depends on the mental state of the learner, including how they feel physically, psychologically, and emotionally.

7. Encourage innovation. Educators can allow students to approach assignments differently than the norm. 15 year old, Jack Andraka, for instance, participated in Intel’s International Science and Engineering Fair and developed an early stage blood test for Pancreatic cancer. Creating opportunities for students to take part in greater community events allows them to have a purpose to use their imagination and skills. Studies by Rosenthal and Jacobsen suggest that a positive, stimulating environment, where learning is present, can actually support connections in the brain and enhance memory.

8. Allow time for your own learning. A teacher can’t really be inspiring if she is burnt out. It’s important to take time for your own learning. The things that interest you, might very well be things that you can bring into your classroom. Passion is contagious. In “A Passion for Learning Begins with a Spark”, the president of ASCD suggests taking time for professional development, personal renewal and reflection is important to creating passionate learners.

In the end, it is passion that drives all great things to be achieved. If passion is forgotten in classrooms, we are losing half the meaning of learning. As Einstein once said, “Education is what remains after one has forgotten what one has learned in school.”

This is a cross-post from opencolleges.edu.au; Image attribution flickr user woodleywonderworks

Learnist For Schools Is Now Available