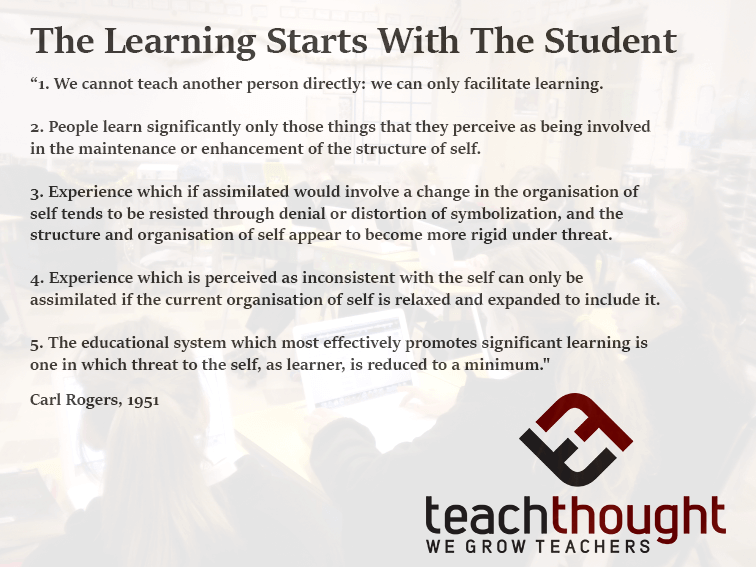 In our continuing reading and research on learning–whether we’re looking at project-based learning, problem-based learning, blended learning, or any number of other approaches–we often bump into the idea of self-directed learning.

This is not a coincidence, we believe, as even Dewey promoted the concept of a self-directed and self-sufficient learner. At some point, though, we have gotten away from that idea–calling for self-direction by learners, but only to better function in an otherwise teacher-directed environment.

In contrast to pedagogy, which focuses on the efficient delivery of instruction and content, heutagogy focuses instead on the process of learning itself–how to learn rather than what to learn. In the same link, you’ll see 5 hypotheses from Carl Rogers (1951) about learning that collectively promote the concept of self-directed learning–even in a typical K-20 formal learning environment.

The Learning Starts With The Student: 5 Statements

The Learning Starts With The Student: 5 Statements