Paolo Freire coined the term “banking education” in Pedagogy of the Oppressed (1983).

As I recall, this term refers to the type of education that those of lower socioeconomic status typically receive–teacher-centered content, lecture, and rote memorization. Each time a teacher meets with students, the teacher makes a deposit in their minds (the bank). This pedagogical technique does not help students develop critical thinking skills, such as learning how to read texts deeply. Instead, it teaches students to accept information provided them by authority figures without question and to store it for later use. Students become “productive” members of society by producing what those in power want and perpetuating the status quo.

As a youth, I was educated in an urban environment. I come from a working-class family. I was educated in the public schools of a large metropolitan area. Until I reached high school, my educational experience was poor at best. I was saved from “banking education” by the teachers in high school, asked to think for myself, and told that I would get nowhere in life without being able to do so. It took many years after high school to feel confident in my ability to think critically, but the process started back then. Looking to the teacher or other authority figures for answers was a process so ingrained in my psyche that it was literally a watershed moment for me when I realized I was a puppet for some people in my life. I remember the moment vividly. My college mentor turned on me in his office and asked, “When are you going to grow up and start thinking for yourself, Heather!” His face was red with the effort he put into imploring me to stop letting others control me. He was not upset with my performance in class; he was upset with recent decisions that showed I could not really make decisions for myself at all.

Situations such as the one described above are why Freire railed against “banking education.” In my opinion, he felt that those who practiced such pedagogical techniques were exercising the ultimate control over other human beings by controlling their thoughts. I could not agree more. My moment with my mentor hurt, sure, but it was also the moment that I allowed myself to put into practice those skills I had seen others practice. If I were to continue along the path of the ever-obedient, I would become an advocate of anything but “banking education” practices.

I believe that “banking education” is a pedagogical style worth exploring–but as a set of tools, not as a philosophy. Placed in the hands of highly qualified teachers, the tools can be used well to help students learn the skills and content they need for the development of critical thinking skills. We cannot run from practices that have been in place for years simply because we found out that those who have been using the tools had poor intentions (or were simply following orders).

Put another way, we cannot blame the tools.

There are some things that we should memorize, like our multiplication tables and the list of prepositions. I think a friend said it best when she said, “Now, I don’t have to think about those things at all and can get on with the task at hand.” She said this in front of a class and the kids were not convinced, but I was. I had been forced to memorize those things, too, and am grateful for it. If I had to use my fingers to figure out 9×7 all the time, I think I would go crazy, but that is how some students are taught their multiplication tables today – with charts and a nifty neato method for anything times nine. Why are we wasting their time? Just ask them to memorize the multiplication facts!

Ask them to memorize the prepositions, the Gettysburg Address, important dates in our history, a sonnet by Shakespeare, a Native American prayer, most frequently misused words, and the rules for how to use them properly, and a host of other important information every educated person should know. It is not for me to list all the important information here; I am not the authority. We cannot forego using rote memorization just because some teachers have misused the tool in the past. We need to use the tool correctly to help students put things in their mental toolkit they can easily retrieve.

I hate lectures. They are boring. To retain the information I learned in lectures in college, I often carried a recorder with me so I could listen to the lectures later and type the information word-for-word, stopping when I needed to process something I did not understand. It was ingrained in me to accept that I was to be a passive recipient of information and I often felt inadequate because I could not be that vessel into which a teacher dropped his or her wealth of knowledge. I was not a good parrot and realize now that my subconscious was screaming at me to not accept everything the teacher said as the absolute truth. I tried, though, and worked harder than most of my friends as a result.

The lecture, as a tool, is not a technique that should be immediately discarded, however. Again, the problem is not with the tool, but how it is used. In K-12 classrooms, teachers tend to use lectures correctly – to provide information students will need to know before they can proceed to read a text, practice a concept, or experiment. In higher education, however, lectures are still used for large classes as the main mode of information-gathering.

Using the ‘Banking Education’ Tools as Step One

I believe that if we use rote memorization and lectures as part of step one in any unit, then we are using them correctly.

We are helping them collect the tools they need and how to use them almost instinctively.

I leave you with a portion of one of my favorite poems and ask you if you agree with me that Taylor Mali knows what it takes to truly educate another human being. I think he does. 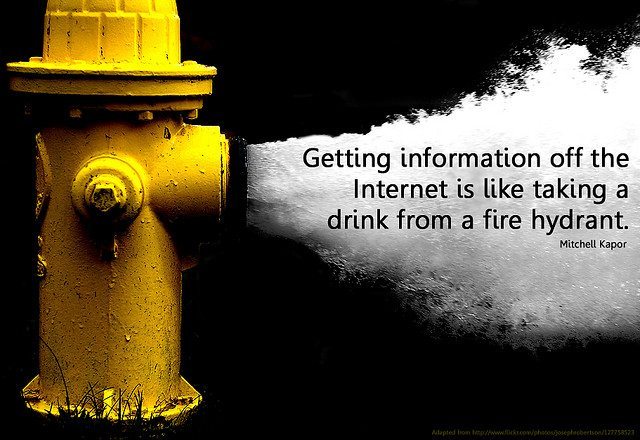