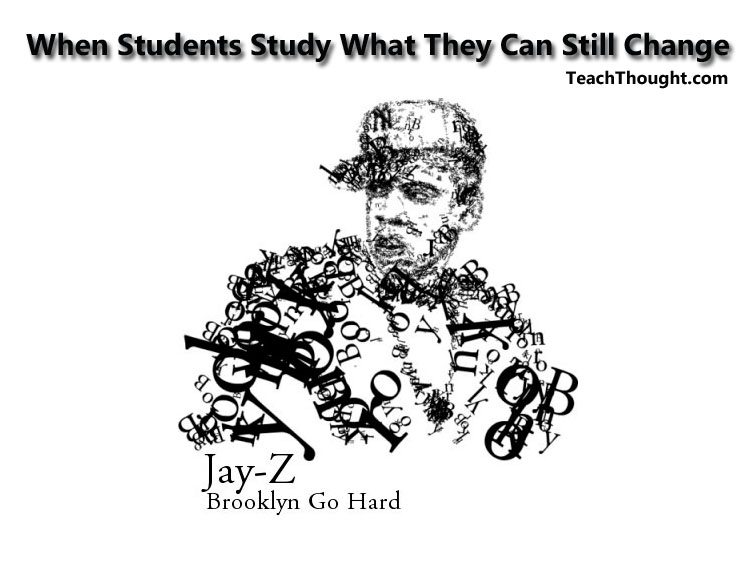 When Students Study What They Can Still Change

I was reading the surprisingly enlightening comments section of a YouTube video when I ran across an interesting idea: the energizing effect of making education contemporary.

In this context, contemporary education didn’t refer to the use of technology, or modern curriculum framing tools imposed on classic ideas, but rather allowing students to work their fingers through dynamic, still-being-formed pockets of swirling humanity. As put below, this is can be considered “removing generational loss.”

This contrasts alarmingly with some of the pillars of classic education, which promote studying of classic literature, thinkers, and character training, though I’m not sure it goes as far as throwing out Chaucer and Archimedes for Jay-Z and David Blaine. How we can authenticate the learning experience for students has bugged me for years. Classical thinkers do have a lot to say to modern conditions, but extracting those ideas in ways that move resistant students takes an awful lot of planning, charm, and impeccable timing.

By putting students directly in contact with modern “stuff” (though that’s an oversimplification of the what it means to make education contemporary) with that alluring modern sheen at least removes at least one barrier to learning (if it doesn’t create another). The commenter-of-note (James McGuiness) on the TED website offers his well-worded take below:

“When we say something has become “academic” it means it’s out of our hands to change the outcome of because time has gone by and the issue has has its accounts fall into the dissemination process where it takes a funded historian to make it into some kind of lesson. Since the whole issue is about motivation, the question becomes what is more motivating to you? Learning about some best-best effort by a historian to re-integrate the records of an old story? Or remove that generation loss and find a way to make education so contemporary that it can use the information while it is still dynamic–where people can do things to shape the outcome?

…I used the (term) “force feeding”…(because) that’s what telling people they are on the hook to learn without an “in” or obvious reason to care amounts to. What’s more, there is knowledge that needs to reach the minds and the models of education in ways that don’t take decades and have the faultiness of traditional methodologies….”

Helping students study content to address things they can actually change? What a novel concept.

What are the effects here? How does it alter the tone and function of learning when it’s entirely contemporary?

When projects are modern and issues are local and technology is familiar and processes are things they’ve seen before and recognize and can latch onto?

Image attribution flickr user socialisbetter; When Students Study What They Can Still Change