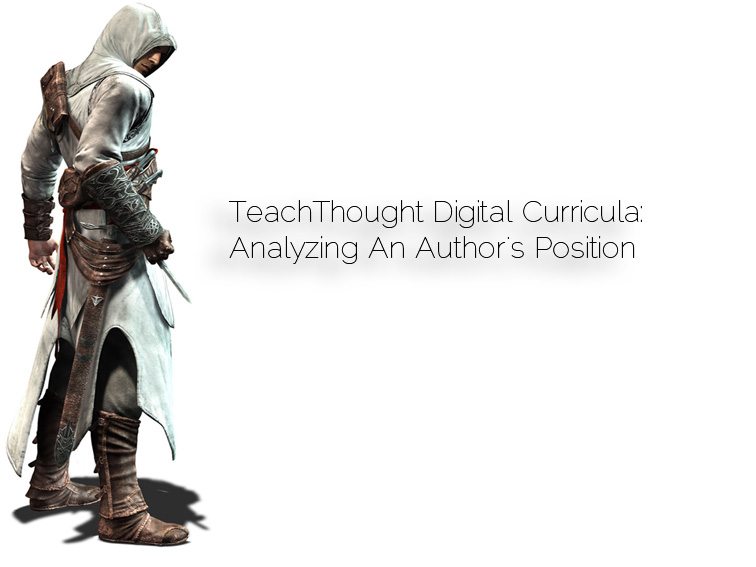 8-12 (Standards below listed for Grade 8; new texts may need to be selected based on interest, reading level, etc.)

Assassin’s Creed Full Movie (from the video game, shown below), The Song of Roland, Secret Societies of the Middle Ages, Technology, Culture, and Virtue

Infer what the game developer’s (Ubisoft, of Assassin’s Creed, shown in the video below) position is on religious tolerance in a modern society should be, then compare or contrast (one or the other) it to another author’s position from the given bundle above. Note, nowhere is it explicitly stated what the author of any media’s position would be. That is the point of the assignment–close reading and analyzing of various media in order to infer implied critical positions.

The product should start out academic, then gradually be revised and repackaged to accommodate a variety of authentic audiences.

Your analysis should be packaged as follows:

Note: Use extensive use of evidence from both media (text, video, etc.) in to support your claim.

Note that all mentions of and images depicting Assassin’s Creed are property of Ubisoft.