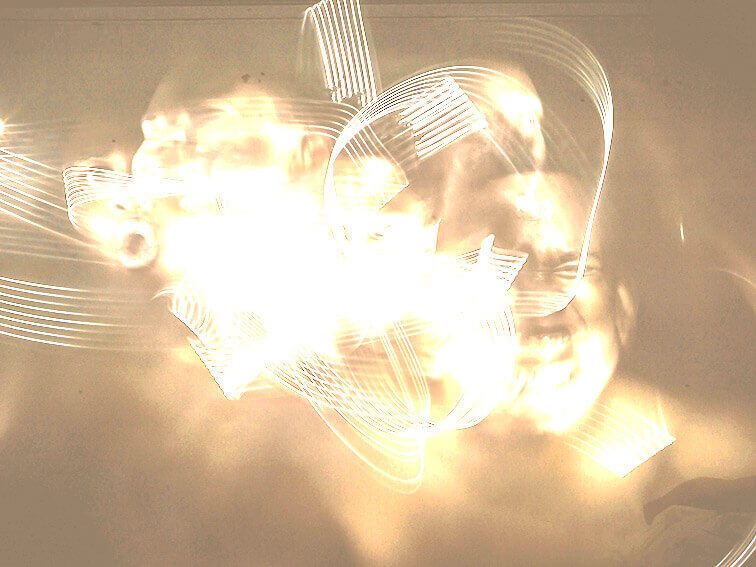 This post isn’t about education directly–more of a “mental health” thing I guess, but ultimately a “human” thing.

I’ve been hearing the word ‘anxiety’ a lot.

I guess it’s kind of like ‘OCD’–a misunderstood idea that ends up (innocently) in the popular vernacular–“I have to stack these papers properly because ‘I have OCD,” for example. I thought, then, that I’d offer a first-hand perspective of what anxiety is really like for those that might misunderstand it.

Most broadly, I can say that being nervous–really, really nervous–is not anxiety. Anxiety feels like your soul is on fire.

I grew up doing crazy stuff, and never had an issue with anxiety. National level academic and athletic competitions, first time I ever solo’d an airplane (16 years old), there was an airport emergency and I was cool as a cucumber. Rough neighborhood growing up meant more than a few street fights. Basketball tournaments. Auto racing. Public speaking. All fine. Kind of liked pressure. (Still do.)

Then about 7 years ago, I took a job I shouldn’t have taken and saw some things that shook me, and something inside of me seemed to kind of break. Not dramatically. No ‘nervous breakdown.’ More of a hairline fracture–one that is alive–that widens and narrows based on entirely irrational rules.

Anxiety is a slow-motion car accident. Imagine being in your front yard and hearing a car lock up its brakes, and at the last second you turn and see a child in 5 feet in front of that car. If you could pause time and experience that moment before impact (I know, it’s incredibly graphic and troublesome imagery–which mean it fits perfectly)–take that unearthly sheer panic and experience it all day long. Constantly, from the moment you wake up until the moment you fall asleep–if you can sleep. And even asleep, you sweat, and wake up every 30 mins or so and feel like the world is on fire.

When I was young there was a movie–can’t remember which–where an army was marching towards another one waiting. There were so many people marching that the ground shook for days, first just so, then louder, and so on until the ground shook and they appeared on the horizon like some imminent and persistent apocalypse. Anxiety is that marching army and the subsequent apocalypse, and it doesn’t stop.

Even at my worst, I’ve never even been close to suicidal. Never once lost even a small part of my will to live. In fact, it kind of strengthens it. But it does, somehow, make me scared I’ll never die. It’s such an awful pain that your first concern isn’t how much it hurts or that it started, but that it won’t ever stop.

Anxiety is feeling like your skin is coursing with electricity, which creates this kind of heat over your skin. It smothers you.

Anxiety is like Tom Hardy pinned to the front of that car on Mad Max, eyes wide and full of terror, but over not one thing, but every thing. Not any single thing, but all things collectively.

Anxiety is feeling absolutely exhausted all the time–not simply really tired, but yourself emptied entirely.

Anxiety is seeing a sunset and feeling the tragedy of it–the dying of a day–and being overwhelmed by it in a way that makes ZERO sense. It’s not ‘crazy’ either–in an anxious state you’re just hyper-aware. That’s anxiety’s gift. It doesn’t take a poet to see a sunset as something stoppingly symbolic, and one step closer to leaving the planet. We usually see color and think of beaches and a night’s respite, but there’s more meaning there. Anxiety forces you to face it, even if it’s a distorted, circus version of it all.

Anxiety is having your concept of time and days and nights and other structures that help give life a kind of rhythm eroded completely. Anxiety comes to replace those concepts because they matter less; the anxiety overwhelms them so that they can’t comfort you. This is how anxiety is only the beginning of a whole set of challenges.

Anxiety is the absence of stability and joy–and not in a depressed, sad way, but in a way that makes you feel like a lightning rod during a summer thunderstorm being endlessly struck over and over again.

One of the biggest mysteries around anxiety? Well, for me anyway–I have GAD (Generalized Anxiety Disorder)–is that it’s irrational. Illogical. Doesn’t respond to reason or what ‘makes sense.” That makes it quite the little bastard.

What “triggers” me? I think it’s some weird belief I have somewhere inside of me. Something related to my worldview and suffering or something. Who knows. Working on this. The point is that there is no single ’cause’ other than some combination of non-optimal brain chemistry and a problematic set of thinking patterns and cognitive behaviors that make it all possible.

The big ideas: It’s not ‘being really nervous.’ It’s soul-crushing. It’s almost always irrational. And though it’s different for everyone, it’s terrifying–much, much worse than you can imagine unless you’ve lived through it.

So, what can help? Here are some reliefs I’ve found, mostly in order of effectiveness for me.

1. CBT–Cognitive Behavioral Therapy. Start and end all therapy here IMHO–not sure there’s anything you can do that’s better at promoting mental well-being than CBT.

3. Understanding from friends and loved ones. Don’t say things like, “Everything is okay,” or “I don’t understand what you’re freaking out about,” or “I have anxiety about things sometimes too.”

5. Napping and other ways to rest.

7. Hope/belief that it will eventually subside.

8. Somehow drinking a lot of water is somewhat relaxing to me.

10. Alcohol (Yes, it can make some people alcoholics. Sorry for them. There have been times where a couple of beers has been my only relief. Save your judgment or finger-wagging. Do what works for you, and stop if it doesn’t.)

11. Eating well, exercising constantly, hanging out with people you love.

12. Talk therapy (this one hasn’t helped me much honestly, but it does for others)

13. Reading. (Be careful, though. Choose carefully, but not in fear.)

14. Returning to childhood comfort habits. For example, for me this has meant watching a lot of NBA basketball even though I’m not a huge NBA fan. When I was younger, I was.

15. Writing. (Again, be careful what you write about.)

16. Don’t avoid triggers unless you’re exhausted. Instead, learn to think differently about them.

Other than being completely exhausted all the time, I’m ‘fine’ now. CBT and yoga have helped me immensely. Just know that if this is something you suffer from, there is always hope. There is huge overlap between depression and panic and anxiety disorders. All are either correctable, or hugely ‘accessible’ to these and other strategies.

Hope this helps someone. I’m always here if anyone needs to talk or ask questions.