Want to see some amazing libraries?

The YouTube channel ‘Believe That’ explores them in a video that, while not incredibly detailed and missing some obvious libraries that should’ve been included, is a nice quick watch for a weekend afternoon.

The top eight are described below, with the text from the video summary. The video appears at the end. If you love books, it’s worth seven minutes of your time.

See also Why Students Should Read

8. The Vennesla Library in Norway

Norway is home to the Vennesla Library designed by Helen & Hard Architects. The structure has been described as ribs hugging the ceiling, which makes the interior look like a skeleton. The new building was officially opened in 2011, and has won many awards for its unique architectural design. Each rib allows light to flow naturally for the reader and also has special material to absorb the sound, making it extra quiet for readers.

7. The Wiblingen Monastery Library in Germany

Back to the Abbey…. It seems that the Abbey’s really do have the most picturesque libraries. The Wiblingen Monastery Library in Germany was completed in 1744, although the actual abbey has been in place since 1093. They modeled it after the Austrian National Library, and it’s open to the public today for visits.

6. The National Library of France

The National Library of France – also referred to as BNF – is breathtaking. Home to 14 million books, documents, and many other items – around 150 000 items are added to the collection every year. As a visitor, you have access to around 3 million of the documents. The BNF is the national repository for everything published in France and is also home to exhibitions, concerts, and events throughout the year.

5. The Conarte Library in Mexico

The Conarte Library designed by Anagrama is based in Mexico. What makes this library so unique, is the intriguing reading nook that has been installed. This library comes bookshop, encourages guests to stay longer and immerse themselves in books. The design is meant to strike a balance between color and perspective and create depth. Regardless of the intricacies of the design, it’s a spot where you’ll definitely get lost in a good book.

4. The Villanueva Public Library in Colombia

The Villanueva Public Library in Colombia is a library made from love and commitment. The entire building is made using locally sourced materials and the community all lent a hand to put it together. The people collected stones from the rivers and wood from the forests and they worked together to build the library. There’s plenty ventilation and shade, offering a cool space for the otherwise impoverished community.

Our next stop is at Jay Walker’s Private Library in the United States. Not only is it filled with the most amazing collection of books, but there are so many intriguing artifacts. Wire has labeled it “the most amazing library in the world.” In this treasure cove, you will find books bound by rubies, a list of mortalities from the plague in 1665, a Sputnik and a chandelier from the movie ‘Die Another Day.’

Nicknamed the Mega Library, the José Vasconcelos Library in Mexico is 409 000 square feet! Inside you’ll find a whale skeleton, 500 000 books on display over 5 stories, transparent walls, interesting walkways and even mismatched floors. Outside you’ll find a moat and extensive botanical gardens.

1. The Joanina Library in Portugal

This is the Joanina Library in Portugal, which was built in the 18th century. It’s a National Monument and one of the main tourist’s attractions in Coimbra. It received its first books in 1750 and is now home to 1.5 million books. At night time, the library is home to bats that keep the insects at bay, so they don’t destroy the books! 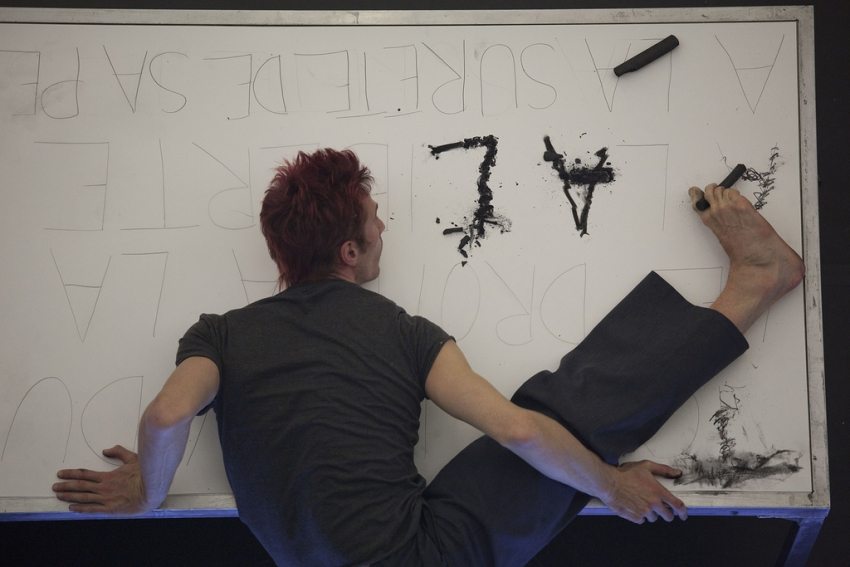