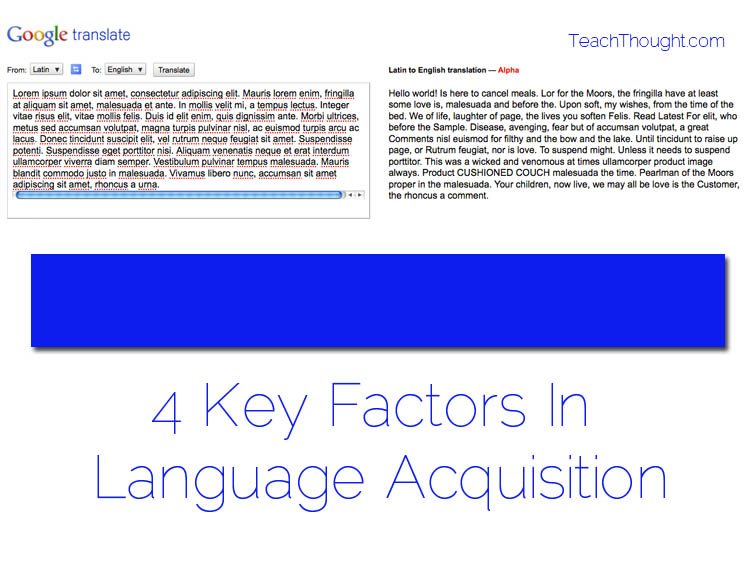 Language learning is one of the most challenging skills to teach in a formal learning environment.

Despite the fact that all of us were successful in learning our first language, most people struggle learning a second. Of course there are those who learn multiple languages, and some quite effortlessly it seems, but these are in the minority. So what puts us off our game and how can we turn that around?

If we have proved that we can learn languages by doing it in our first few years, why in later years do we struggle so much? There are a few reasons but at the heart of it all is the fact that we are taught languages in schools with ineffective methods such as the grammar translation model which has amendments made to it to include more communication based activities and exercises. Nevertheless these enhancements have not appreciably improved the results.

At an impressionable age we are taught languages by such poor methods and for the rest of our lives we tend to believe that is the way to learn languages. And when it doesn’t work, as it invariably doesn’t for the vast majority, most come to believe the reason for that is our ineptitude, our lack of latent and our poor memory. This is reflected in the exceedingly poor success rates that exist for people learning languages–in fact success rates of 5% are often quoted across the globe.(1)

The reality is that we all developed the capacities to learn languages by learning our first. The fact that those capacities are there to be used can be seen by those who learn multiple languages later in life. Most invariably develop these abilities by themselves immersed in language speaking, not in school. Classes are for the most part are not good at empowering students, as the methodologies used rest on teacher imparted information, exercises and drills.

So what are the kinds of language learning that we used and that we can implement and use in later years? Before I list a few, we need to acknowledge that as adults we need to be at least prepared to take on the belief that we have the ability to learn languages to high levels! Without such a belief, we sabotage our efforts. As Henry Ford said, “Whether we believe we can or whether we believe we can’t, we are right.”

Like all learning, the best language learning is self-directed. Teaching or texts that continually determine what we do and don’t do is flawed, as learners can become subservient to the instruction, not actively looking for what will take them forward. Learners active in the process of language acquisition depend partly on self-assessment, constantly monitoring what they’re learning and how they’re learning it.

Language is an expression of a perceived reality. So when learning language, the reality needs to be clear, not an intellectual construct. So grammar exercises, as an example, that have no foundation in a reality you are trying to express are awkward ways to learn a language. As an alternative, consider walking around your house, describing what you are doing. “I am walking into my bedroom to get changed” This is a great way of practicing the present continuous.

Translation is a necessary and useful tool when you are learning a new language but when used excessively prevents the development of language learning skills like reasoned guessing. This kind of skill rests upon focused and sustained attention on what is going on around you. It is a necessary skill that we all have the capacity for but sometimes we let it slide. Translation serves to remove the need for its use and development.

Listening is a skill if you wish to learn to speak in another language. Without actively developing that ability in all areas, including listening for grammar, pronunciation and meaning, your ability to master that language will be severely impeded. Here is where personal character issues can impede. If you are not a good listener in your first language, your ability to master another language will be limited unless you learn to be more attentive to what others say.

(1) Dr. J.J.Asher – From a paper prepared for European educators at the invitation of Alexei A. Leontiev, Secretary General of the International Association for Collaborative Contributions to Language Learning in Moscow, Russia. 2001. http://www.tpr-world.com/future.html; Ideas extracted from Language Learning Unlocked, 2013; image attribution flickr user celinecelines