How Has Technology Changed The Way Students Write?

Twenty years ago, the essay, letter, and literary works were all very separate forms, the most confusing distinctions were within expository writing itself—editorials versus feature articles, and so on.

With the ease of digital publishing, we can now get emails on our phones, texts via email, social media updates via apps, and broader apps that aggregate it all. With the convergence of digital publishing tools, it is only nuance that is separating the function of many available platforms.

In historical terms, the current advancement of media forms is absolutely unprecedented. Even platforms that are exceptionally modern and cutting edge (e.g., Instagram, pinterest, twitter, facebook) are undergoing almost weekly changes. These platforms are completely fluid—which is both maddening and empowering. One can’t possibly keep up with every leading edge. Nor can you sit on the sideline and swear by the quill. The lesson for educators here is priority.

If we consider reading and writing priorities across every content area, then let’s consider this issue in that context.

How can one use technology to best support the teaching of the writing process?

More specifically, what are three fundamental tools to support this kind of learning?

The writing process is hard work. As educators, it’s easy to be guilty of oversimplification, especially when conferencing with students.

Revise means to improve the reasoning, form, and power of your writing. Use the rubric. Use the suggestions I wrote in the margin. Use comments from peer conferencing.

Pre-writing, Drafting, Revising, Editing, and Publishing are very complex concepts, not at all skills to be simply ‘sharpened.’ Each can be reduced to very difficult practices of analyzing, evaluating, and synthesizing, the absolute highest levels of Bloom’s Revised Taxonomy.

And of course, these need to be practiced across ‘content areas,’ not simply in the English-Language Arts classroom. Whatever can be done, then, to support learners here—through transparency, scaffolding, modeling, and providing immediate feedback—should pay big dividends in creating lifelong readers and writers. Below is a crude timeline of the history of writing in the classroom.

For: These traditionally academic forms are essentially catch-alls for learner writing entries. Prompt responses, diary forms, creative writing, peer feedback, and other ‘practice exercises’ are included here. They help to store all writing in one place so that students begin to see themselves as capable of writing with frequency, and often for the sake of writing rather than turning something in for a grade, while also making the steps of the writing process more visible and personal. It’s all right there in the notebook.

Against: Of course it’s never really made public, and without this critical step of publishing, the writing lacks any kind of authenticity at all. Practicing in the journal is fine. When that also becomes the resting place for the ideas, it can lose credibility in the eyes of many learners, especially those struggling writers who are resistant to simply doing work (that they’re often not good at) for the sake of ‘academic progress.’

Without an authentic audience, and with a very non-fluid state where revision takes considerable effort and multiple ‘drafts,’ most pieces are only revised and edited with Herculean effort and strain under the scornful eye of the teacher or parent.

Tools To Teach The Writing Process

Pros And Cons Of Using Technology To Teach Writing

For: Blogging became available with the ease of publishing brought on by the internet. Blogs are free, easy to use, easier to personalize (with widgets) or by learner interest (specific blog themes). They also offer the ability for the students to make their writing public, allowing for a nice mix of formality and informality (one the teacher likes, one the learners tend towards), supporting a variety of forms, tones, and multimedia embedding.

Revision and editing also become less arduous from a formatting perspective (backspacing is easier than re-copying), and digital tools can be brought in to make identifying issues of syntax, spelling, and general form (students writing so large that on the paper, a single sentence in a square shape functions as a ‘paragraph,’ in the eyes of a learner, something that doesn’t translate to the computer screen (much to their dismay).

Against: Blogging allows for short or long-form writing, any number of widgets to increase function, and an individual platform for the students to publish their ideas. The challenge is that they can sometimes be about as ‘public’ as an in-class journal. If the blog doesn’t see traffic, it won’t resonate with the learner.

Several years ago I started using YouTube channels to aggregate learning materials in the classroom. I had a beautiful grid of high-interest and ‘cognitively fertile’ videos I was very proud of. I brought the video up on the smartboard and began scrolling through them all, expecting to impress the students, whose only response asked ‘how many subscribers I had,’ and immediately started firing off ways I could ‘get more comments and likes.’ While I raised an eyebrow and started in with a you’re missing the point retort, the lesson was simple: the world of communication, at least for some and in some respects, has changed.

While I did not want the focus on ‘comments and subscribers,’ they were a kind of currency’ the students valued. The issue moving forward was how to leverage that to improve student thinking, and resist the temptation to retreat back to purely academic journals because ‘that’s where real writing happens.’

Social Media Tools For The Classroom

Pros And Cons Of Social Media In The Classroom

For: Social media has tremendous potential to showcase first the delineation of the writing process, but more importantly the need for and results of that process—making it all transparent and collaborative for everyone. Posts can be easily updated, short or long-form writing can be supported, comments can support revision and editing, supporting media can be embedded just like a blog, and in the case of Google Hangouts, the full ecology of Google Apps can (usually) be integrated: Google Docs to share research or notes, YouTube videos for idea development or basic sourcing, and even live Hangouts for impromptu conferencing.

While a learner isn’t likely to start a social media-based group to improve their writing, it doesn’t mean that because of the communication tools of a social media platform, they can’t get informal feedback from their classmates, peers, or friends that does indeed lead to revision.

And unlike writing journals or even pseudo-social blogs, social media is where the students are. If you’re going to build a lemonade stand, building it on a busy street makes more sense than stubbornly creating one in the middle of a picturesque but deserted area, yes?

Against: Social media isn’t purely academic, so one of its biggest draws—meeting the learners where they are and using tools they consistently use—can also invite the issue of purpose and tone: If they’re not in the mindset to ‘publish’ a piece of writing, they may fall into the trappings of the whims of social media: ‘liking posts, quick, ironic responses, and ‘sharing’ of irrelevant (to the writing process) ideas and feedback. This becomes a matter of instructional design, assignment guidelines, rubric writing, and learner-teacher communication.

While resisting the temptation to completely neuter the authenticity of the writing is important, teachers should also guard against falling in the other direction, where the writing process itself is completely abandoned and lacks form or purpose.

There are challenges in adopting modern publishing platforms for student writing. There is much of the above that is oversimplified simply because every nuance of the process depends on exactly how it is used. The best path is to use it yourself with an open mind, and the following questions in mind: what do I want the learners to better understand, and how can modern digital tools support that understanding?

It’s not about being on the leading edge of technology for the sake of that technology, nor is it helpful to resist the very clear evolution of communication forms simply because they don’t adhere to the ‘classic’ forms of writing. The important forms of expository writing can not only be implemented in increasingly diverse digital forms, but the process of building that writer capacity—the practice of the writing process itself—is increasingly available and accessible to all stakeholders in the world of social media. 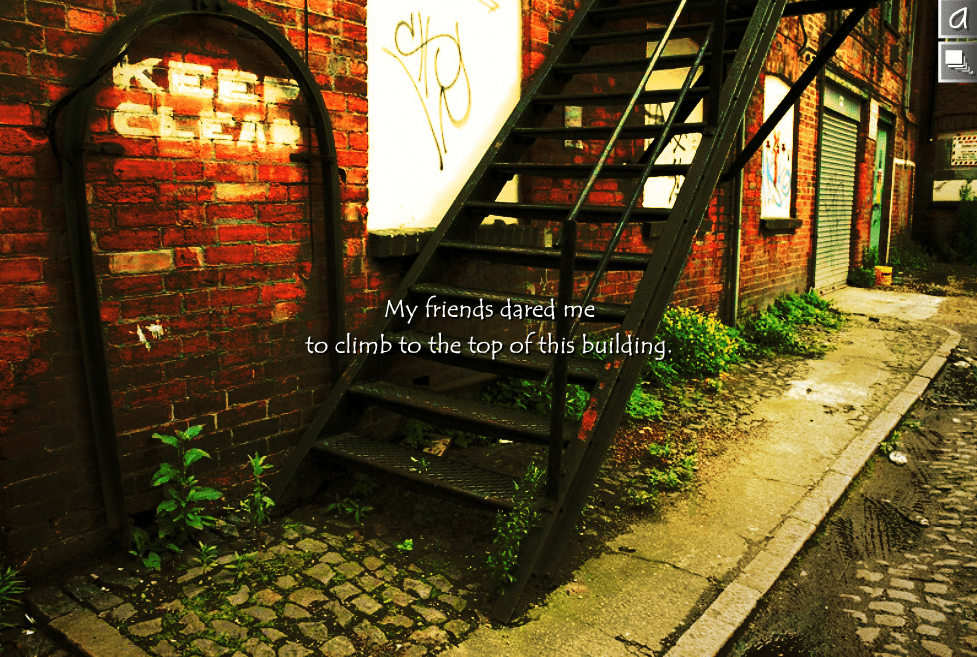