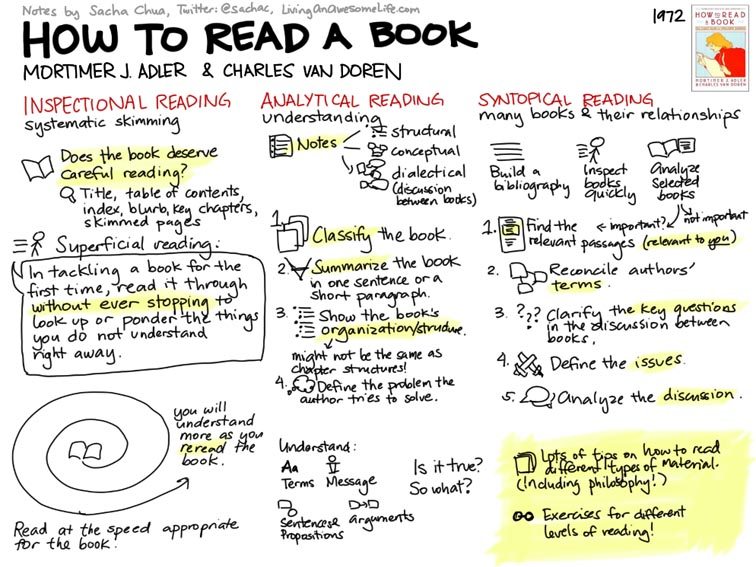 In the previous literacy posts in this series I identified a few guiding questions that stem from the research:

In this post we consider question #3, on the appropriate texts to use to develop text comprehension.

The Challenge Of A Common Language

I began this series by reminding readers that NAEP results show flat scores and far too weak results on text comprehension over 30 years, in middle and high school. (The gains have come in lower grades in terms of basic decoding and literal reading). Questions on “main idea” and “author purpose” on state tests also reveal this problem over a long time frame, as I noted in looking at some past test questions and item analysis.

Sitting in on numerous classes over the years reveals a key source of the problem: students are rarely expected to read a multi-page complete non-fiction text and be assessed on their grasp of it as a whole. Rather, most large-group instruction or reader-workshop mini-lessons involve small bits of text, typically no more than a few paragraphs. How can you possibly develop comprehension ability of a text this way?

Such bits of learning can lead to absurd lessons. A well-known and highly-regarded Toolkit – even by me – offers this teacher-script for the lesson on how to distinguish importance:

“To make it easier to sort through all the facts we are learning, let’s look at this three-column form. There are columns for Important Information, Interesting Details, and, of course, My Thinking. In the first column we’ll record the important things we want to remember about the topic. But sometimes it’s those interesting details that really engage us. We can add some of those in the second column…”

How can you judge importance without grasping the purpose? Nowhere is the criterion of “important to remember” discussed. To understand a text and to therefore judge what is “important information” you have to know the author’s purpose and the main ideas of a text. You simple cannot identify what is “important” vs. “merely interesting” by reading a brief excerpt. This leads them to leave the text, in fact: “things we want to remember.” But what if that was not at all what the author was trying to say?

Worse, this is a deficient categorization: a detail could be both interesting and important. In fact, students in the provided transcript get hung up on this point in a few cases! Finally, how would any reader judge what is “important to remember” without asking the question: “Important to remember for what purpose?” (Another serious deficiency in the advice to teachers is that the overview of the lesson talks about learning to find important ideas, but that gets turned into important information in the text of the lesson as the excerpt, above, shows. This confusion about facts vs ideas is rampant in many lessons I have witnessed.)

In other words, when you read only a brief excerpt from a text, there is no practical difference between important vs. supporting information, between summary and message. Thus, the vital distinctions between topic, main idea, and summary get blurred. I have watched students get completely confused about these concepts because the brief resources and lessons easily led to muddled thinking. Indeed, I have heard more than a few teachers equate main idea and summary at different points in their teaching. 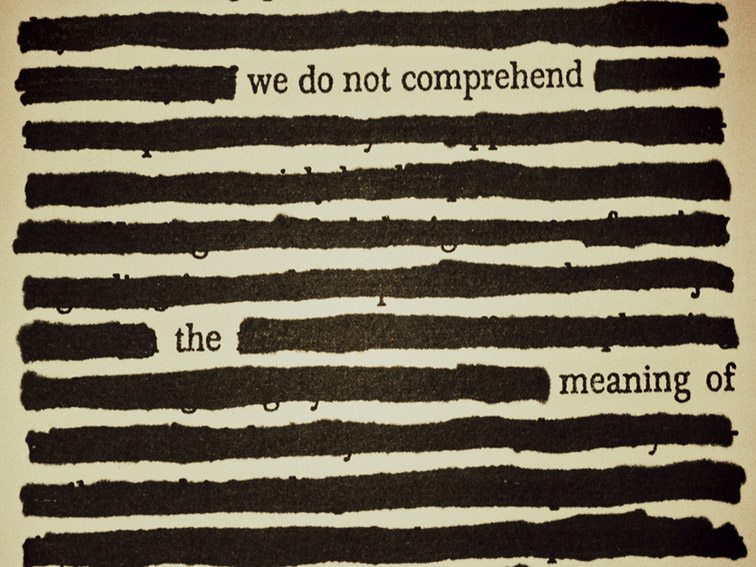 A Counter-Intuitive Choice Of Texts

Thus, we need to do something unobvious in our reading choices: we must choose complete fiction and non-fiction texts that can be easily read and grasped literally by all students, so that summarizing is easy; yet, be texts in which the main ideas are not obvious. Otherwise, there is little use for true comprehension, specific strategies, or distinctions between ideas and information. (Most blog readers who took the Kant test in Post #1 experienced this tension at their own reading level.)

If I were teaching 7th grade ELA, therefore, I would begin my year with Aesop’s Fables. The whole point of each Fable is an explicit “moral of the story” – a general life lesson stated at the end of the tale. We would start by reading one or two in which the moral is provided and modeling of analysis, then students would be asked to generate the moral of a few stories on their own, in a gradual release way. The text is easy; the inferring is challenging. You could also use very easy readings from much earlier grades, including fairy tales and short non-fiction books – with the added virtue that struggling readers would start off on the right foot since the texts and discussions would be accessible.

Another recurring “text” would be New Yorker and editorial cartoons, and familiar but rich song lyrics to help students understand that the text’s message may nowhere be stated explicitly – that even in very short texts inference is essential. (As I have written before, calling “inference” a strategy is categorically wrong: reading for meaning is all about inference.) I would also have them read a few satires, such as The REAL Story of the 3 Little Pigs? by A. Wolf. Satire has the virtue of painting a sharp contrast between topic, summary, and the author’s point. All of these early moves would build clarity of goal – understand by making meaning of the whole and see how the parts support the whole – and confidence in all readers.

Further along in the year, there would be paired non-fiction and fiction readings in which the topic was the same but each author’s point was different. Students would be asked to compare and contrast regularly. Essential questions would frame cross-text debate and regular Socratic Seminars. (In the ASCD DVD on Essential Questions, you can see me leading a seminar with high-schoolers using readings and activities linked by the EQ:Who Sees? Who is Blind?)

One of my favorite moves in terms of matched non-fiction readings was to have students read selections from the history textbooks of other countries. Here is a selection from one on the Revolutionary era:

What then were the causes of the American Revolution? It used to be argued that the Revolution was caused by the tyranny of the British government in the years following the Seven Years War. This view is no longer acceptable. Historians now recognize that the British colonies were the freest in the world…

The French menace was removed after 1763 and the colonies no longer felt dependent on England’s aid. This did not mean that they wished for independence. The great majority of the colonists were loyal, even after the Stamp Act. They were proud of the Empire and its liberties…In the years following the Stamp Act a small minority of radicals began to work for independence. They watched for every opportunity of stirring up trouble….The radicals immediately seized the opportunity of making a crisis and in Boston it was this group who staged the Boston Tea Party…. In the Thirteen Colonies the Revolution had really been a civil war in which the whole population was torn with conflicting loyalties. John Adams later said that in 1776 probably not more than one-third of the people favored war.

Where is this from? A Canadian textbook! Pair it with the relevant section from the students’ History textbook in 8th grade, and you have a recipe for engaged reading for meaning – indeed, further research. (I have done similar things in science by having students read Ptolemy’s proof that the earth is stationary and at the center of the universe.)

It is vital, therefore, to assess progress in understanding the whole of a text. I would ask students each week to title an article read (in which I had removed or covered the actual title) and justify the choice of title. I would supplement this activity with similar titling questions from released state and national tests (since such items are often used to test for understanding of main idea/author purpose). And there would be a regular cold read and short-answer test on the main idea of a non-fiction article. (None of these need be deemed formal grades until second semester).

Students would thus need to be taught and constantly practice a rudimentary logic: What’s the conclusion, the point? How do you infer this? How did the author take us there, i.e. what are the key pieces in the argument that supposedly support the conclusion?

Once students understood fully that their job is to think about what they read so that they understand the “logic” of a whole text, I would present students with texts that demand care in thinking as they read where the message is obscured.

Some obvious secondary-level text candidates include: Motel of the Mysteries, the mythic anthropological study of the “Nacirema” tribe, editorials and op-ed essays with unusual views on controversial topics. Poems are obvious candidates; so are puzzling allegories like The Lottery, Plato’s Allegory of the Cave, and the math story Flatland – all highly thought-provoking readings, though relatively easy to grasp at a surface level. But we need many more good examples of nonfiction than we have at present, in which the goal is not to learn information but ponder important ideas and arguments. Otherwise, there is far too little need to invoke any strategies.

As for reading strategies, I would use a very small set, as noted in the key research mentioned in previous posts. In addition to heavy attention to metacognitive self-monitoring (to be discussed in a later post), I would highlight questioning, summarizing, and outlining the logic.

In short, we worry too much about Lexile scores and “grade-level texts” and not enough about designing backward from our goal of text comprehension via intellectually-challenging whole readings that elicit thought and thus a need for strategies. Yes, I know what the Standards say about text difficulty; that’s a goal. But I am quite confident that – paradoxically – we would be more likely to meet grade-level standards in the end, by starting off with easier below-grade-level complete texts worthy of reading and thinking about. Otherwise, we quickly overwhelm and lose struggling readers with too-difficult text and a grab-bag of too many strategies.

I welcome suggestions from readers about non-fiction complete texts that have worked for them, in helping students to become better comprehenders via close-reading strategies.

Four books written for teachers stand out for me as helpful resources in this challenge: Notice and Note by Beers and Probst; Teaching Argument Writing by Hillocks, Deeper Reading by Kelly Gallagher, and the previously mentioned Questioning the Author by Beck et al. These books, written for secondary level teachers, are chock full of sensible advice and helpful tools for readers to use.

But by far the best book for learning to read intellectually challenging books is a classic:How to Read a Book by Mortimer Adler and Charles van Doren. This book transformed me as a college student from a lazy to an active and more careful reader, and many of my students have told me that this book was a life-saver for them as well when they went to college.

Adapted image attribution flickr user externus; This article was excerpted from a post that first appeared on Grant’s personal blog; Grant can be found on twitter here;