The Art & Science Of Reading In The 21st Century 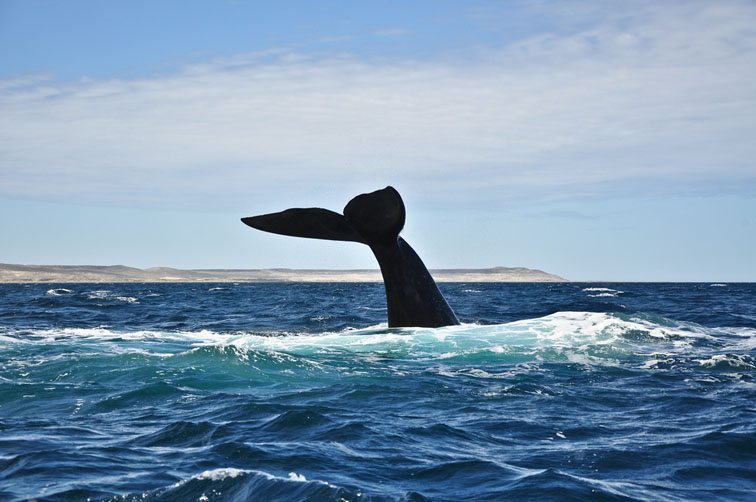 Like thinking, reading in the 21st century is different than in centuries past, endlessly linked in an increasingly visible web of physical and digital media forms. So in this context of media abundance, what does the modern, 21st century reader look like?

Media Design in the 21st Century

Media (singular medium) refers to the intentional communication of a thought or idea. In this way, tweets and novels are both media, as are poems and interactive timelines, websites and short stories, paintings and graffiti, speeches and YouTube videos.

The differences between these media lie in their purpose and audience, duration and intensity, tone and structure, along with countless other obvious and less-obvious components that can be artfully manipulated in matters of design. One of the most visible transitions to a “21st Century” Reading and Writing curriculum (or, as we consider it, authentic curriculum) involves an evolution of the perspective of media.

Media is, and always has been, central to an Reading-Writing curriculum. Moby Dick, The Road Not Taken, To Kill A Mockingbird, etc. These are often referred to as “touchstone” texts that can act as anchors for so much. An initial, basic recommendation then would involve how teachers select that media that ends up center stage in so many lessons and units.

This is important to clarify: the media is the star here, and an educator’s goal is to support students in processing that media: identifying, analyzing, evaluating, revising, re-purposing, and so on up Bloom’s ladder. (We’ll skip, for now, the potential for learners to be in control of the media they consume.) Beyond that basic, tell-me-something-I-don’t-know recommendation to be intentional in choosing powerful, relevant, and “fertile” media, there must first be a necessary paradigm shift in how we consider the term media.

Moby Dick, while neither dead nor irrelevant, lives in a new context. As a text, it is timeless, and has a place in a Reading/Writing/Literature-based curriculum. But in new forms, with new support systems, and new circumstances.

MEDIA AS A TERM 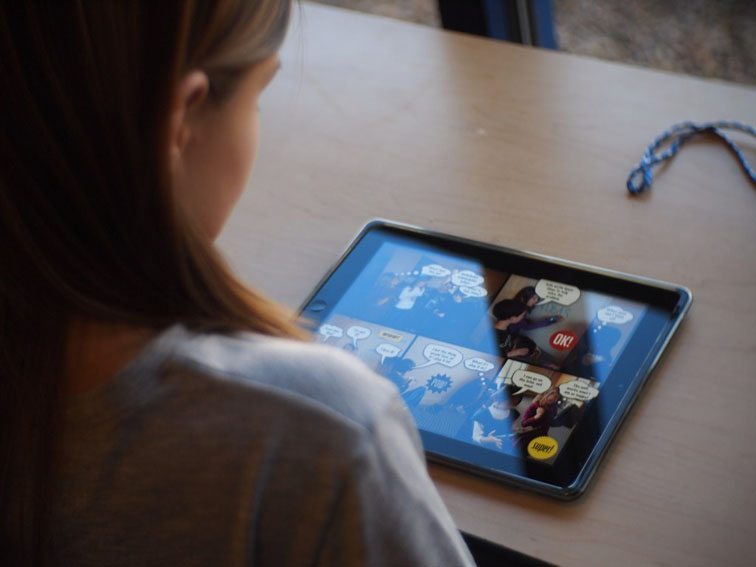 When computers first entered mainstream (back when Radio Shack was selling Tandy computers for $8500), the term “multi-media” surfaced. As opposed to the single-media of a text-only novel, now text, sound, images, and video could be combined and manipulated in new ways. Somewhere along the line, however, Reading/Writing/Literature stopped simply leveraging these classic texts, but seemingly became owned by them. (What happened to the idea of separate literature, composition, or even logic classes–not necessarily full-on triumvirate, but in that direction?)

Class reads of Fahrenheit 451 transitioned into Literature Circles reading The Giver, book reports melted into PowerPoint presentations or even web quests, but the central kernel was still a text written generations–even centuries ago–in a form by people from a time much different than the one learners use information in today. This is not to say that such media are impotent, but merely out of focus, and so must be leveraged in new ways while seeking out relevance with an innocent audience disconnected from its forms, its structures, and its media “patterns.”

Changing forms of media are a byproduct of rapid technology progression, and this is certainly the case over the last 25 years. In the last 5 years, the emergence of social media has added an additional wrinkle (and countless teaching opportunities) to the mix, yet with these transitions and this constant evolution, the red herring here involves the misleading concept of technology. We will have a look at the changing media forms, especially the phenomenon of social media in a separate piece, but for now consider that technology is a tool that enables new forms of media to evolve, challenge our collective creativity, and push the boundaries of idea exchange forward.

However, it is simply that–a tool. While it is tempting to become enamored with the glamour of the tool itself, it is the cognitive and creative work and design that really demand our attention as educators. If mankind walked away from technology tomorrow, to maintain authenticity in learning would require adapting our curriculum, our instructional strategies, and so on to eliminate technology; rather than teach technology then, we teach with technology.

There are staggeringly interesting philosophical treatises and cognitive psychology analyses from Kant to Piaget that deal with the concept of schema. A (sometimes frustratingly) ambiguous term (that Marzano addresses briefly in “The Art and Science of Teaching,” (p. 59-60), schema refers to a cognitively native framework for making sense of ideas; that is, roughly put, existing “stuff in our head” helps us to make sense of new stuff. (A tangent concept is one of prior knowledge.) That is, we cannot make sense new ideas unless we can assimilate them with what we already know–by observing, analyzing, merging, comparing, contrasting, categorizing, relating, or otherwise forming some relative relationship.

Beyer goes on to discuss the practices of “Continuous Bridging” and “Direct Transfer.” Here, Beyer is trying to underscore first transfer as a pedagogical reality, and then finally begin laying the groundwork for teaching students so that they are able to do it themselves. While this is part and parcel to all learning, formal and informal, it relates to our concept of media in English-Language Arts in that we often ask students to “walk too far” in this “transfer.”

Why not “dwell” in their native media? If we can for a moment resist making this a generational argument where we browbeat texting and cell phones and glorify novels, but rather, in the ultimate “meet them where they are,” rethinking and re-approaching roles so that students don’t have to radically repackage information that they learning in school on a daily basis to make it relevant to their personal lives. Admonishing that a student learn math so that they can “balance their checkbook” is a vacant argument.

Moby Dick’s themes of introspection, intellectual struggle, and religious doubt are all indeed relevant if we can just give them a chance. So then, we may consider Moby Dick a single image in a rich tapestry, rather than a single image and a single goal. In this way teachers can use the interdependence of all media forms to their advantage–one form to illuminate another, 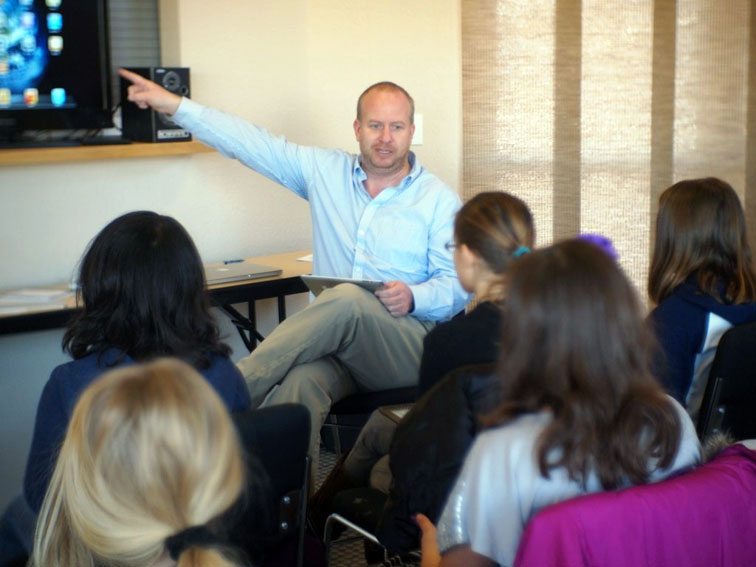 The 21st Century Reading/Writing/Literature teacher does not blindly adopt technology, nor do they reject Shakespeare, but rather consistently seeks out authenticity in all matters of education, beginning with curriculum.

They seek to creatively leverage–through merging old and new in novel ways, through project and problem-based learning, or any number of other approaches–to not simply “engage” learners, which is insufficient, but rather immerse learners in intellectually rigorous and interesting media-centered environments where relevancy is immediately visible, transfer is persistent, and students move away from traditional roles of passive recipient to adopt new perspectives as active and self-monitoring, self-serving users of varied information on a global scale.

Moby Dick, then, isn’t so much dead as eagerly seeking an audience with the 21st Century learner, and it is our charge as educators–through technology, a new emphasis on schema, and a new purpose for intellectual, cultural, and media diversity–to creatively accommodate that. If this happens, school will stop becoming “school,” a sterile domain of formal thought and content, and become a flexible system that will support learners in becoming media-proficient–that is, curious and literate users of information.

Something that seems to be forgotten in the content versus skills, 21st century versus core or “classic” education argument is the learner, and their native context. The role of play and the idea of “informal learning” are powerful, underutilized concepts absolutely crucial as we seek to innovate what is, at best, the mediocre industry of reading and writing public education.

How Minecraft Can Be Used To Create A Video Game

The Pros And Cons Of Student Social Media Use