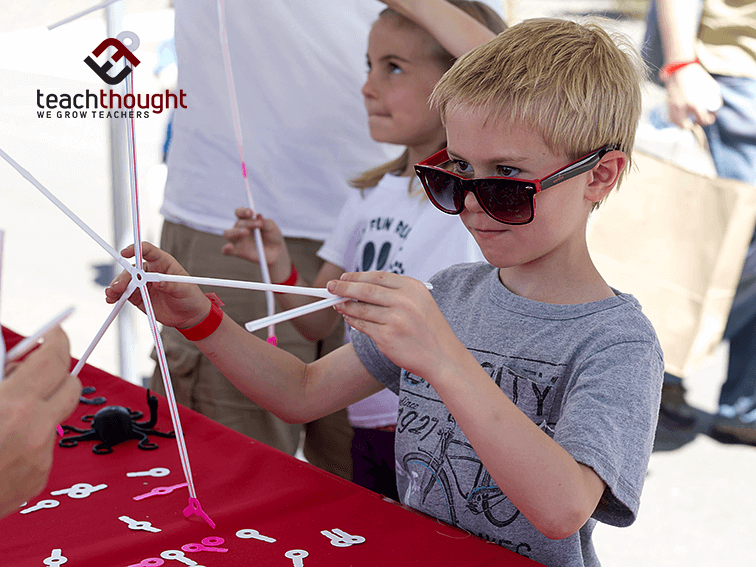 1. Experiment with grading and feedback.

For example, studies have shown simply having students read an increased number of minutes per day has no bearing on academic progress. Plus, that is not teaching. For example, you might start by using a baseline, track progress towards mastery, and let the students know the mastery level so they know what they are working towards. If mastery is 100%, then students should be able to complete all problems with 100% accuracy before moving on. If you read a book for twenty minutes on a Monday and then 21 minutes Tuesday, what does that really prove?

Another possibility is grading backward.

2. Exercise their academics endurance not by length of time, but my quality of that time.

This might sound counter-intuitive to what I just mentioned. However, I award attempts at completing a problem. For example, a student will complete a math problem and misses a step. I will tell them there is math error in the second step.

The student works out the problem again on paper and gets the correct answer. I give the child a check that goes towards choice time minutes at the end of class. Albert Einstein said, “It’s not that I am smarter than anyone else, it’s that I spend more time on a problem.”

3. Use private conferencing and self-monitoring.

In a sea of paperwork and standardized testing, it might seem impossible to conference with all your students in a class. However, everyone wants that human connection, and everyone enjoys praise. I created an activity that lists monthly goals and expectations. While students track their work and keep a binder of their work, I will have a monthly conference to check in.

This usually takes about 10 minutes, but the payoff is astounding. Apathy is replaced by energy while we look through their work and reward students for their efforts. We then talk about next month’s goals and quickly strategize a plan. The payoff is not only academic gains but joyful children.

In Austin’s case, he just wanted attention from his peers. One of the ways we corrected his bullying was to have him present his work in front of the class on a regular schedule. How did I get to know what Austin wanted? I asked him. It’s not rocket science if a child is acting up in class. Your first step to understanding how your students want to be praised is by asking them.

Too little time is spent in the classroom creating and administering positive reinforcement strategies to help our students thrive.

The end goal with any student should be joyful energetic learners who are coming to the teacher seeking knowledge for the sake of knowledge. The problem is the social/emotional piece of school often resembles an institution: trays of mystery meat in the cafeteria, silent rows of children filling in repetitive worksheets, and students slowly transforming into zombies. I tried to rectify this night of the living dead scenario by creating a positivity jar where I would fill a jar with positive experiences I witness children make during the day. I made a grave mistake. One day I took some positivity out of the jar; it was a glass jar in a second grade classroom.

The idea behind the positivity jar was for students to be proactive, kind, and motivated. The idea was to have a group goal for the class. I found an old glass jar in the basement and went to the dollar store to buy bouncy balls. There would be select times in the day when we would add bouncy balls to the positivity jar. The balls added up time at the end of the day for choice time. Choice time was time to play at the end of the day; the theory being work hard and then you play hard. If you get your work done, you have earned your fun. Setting expectations and what actually motivates kids is highly subjective to each child. You should adapt the rewards to what actually motivates the child not what you assume will motivate every child.

At the beginning of each year, we started off by creating a classroom culture. We had the students help formulate the rules within the class. Everyone agreed to the rules and talked about logical consequences if they were broken. The positivity jar was a set of rules or expectations that if we worked as a team every bouncy ball stood for a minute of choice time. How we would get choice time was saying positive comments to our friends, everyone completing tasks on time, or collaborative groups assignments completed together.

To get the positive juices flowing the positivity jar was presented in the morning. We had students present a positive event they witnessed among their peers the prior day.

Cynthia would say, “I saw Jon going back into the article to get his answer.” A ball would go into the jar for the class. Jon would say back, “I saw Cynthia helping her friend with her binders when her papers fell on the floor.” Another ball would bounce into the jar. Wide smiles would appear on the students blemish free faces. The positive reinforcement was working, but some poor soul would have to deal with a rebel of an unholy condition. His name was Austin. Austin would prove to be the Arch-nemesis of the positivity jar.

Positive reinforcement only works if the students care. Since Austin did not care about choice time, Austin sought to take the attention away from my positive reinforcement strategy. By hurling insults such as “If you are smart, why are you in Mr. Henderson’s low group of readers?” Austin would purposefully try to get the group from not earning their positive mojo by being “the bad kid.”

With a sarcastic tone Austin says, “I am really happy Cynthia brought her scarf to school so we would not have to see her face.”

“Austin! Apologize to Cynthia.” A few students laugh, but most students are annoyed. At this moment, I would usually grab for a bouncy ball. It would ricochet off the glass jar, echoing gleefully a reward for all. I could not add a ball to the jar. I grabbed for the ball instinctively, hesitated and was meet with shock in youthful eyes.

“I’m sorry class, but I can’t reward that comment.” Everyone glares at Austin with disdain. Austin smug smile shows he is receiving the attention he was seeking because we all played into his trap. Would we take the bait again?

Jon was a slender boy who was obsessed with playing math games. He eagerly sat crisscrossed on the carpet as the reverberations in the class jar meant he would increase his screen time. At the end of the day, I decide to give Austin another chance at saying a positive comment. Most student sit with their hands in their laps or on their knees in anticipation for the final tally. The positivity jar had a few bouncy balls, and the children were growing restless.

With a devilish grin and a Peter Pan stance with hands by his sides he says, “I want to thank Jon for helping me in my math group.” He sits suddenly on the carpet, and we wait to see if he gives an insult. After a few seconds I say, “Ok, great.” I grab a ball, and it bounces in the clear glass for all to see.

In my peripheral vision, I see Austin cup his hands abruptly. “But what would really help us out is if Jon and Cynthia could cover up their ugly faces.”

“Austin! Inappropriate apologize to Jon and Cynthia now!” I abruptly remove the ball I had placed in the jar for Austin. I unintentionally have associated the positivity jar with a negative consequence, which was what I was hoping to avoid when creating the positivity jar.

Jon and Cynthia grip their knees, pressed firmly to show their anger. Austin was still giving a smug smile, and some of the students giggled fueling the teasing. I looked directly at Austin and he stopped smiling.

“Austin, apologize to Cynthia and Jon”

“Ok, I will, but can they cover up their faces first?”

Jon pushes two hands to the ground and propels his body at full charge. Austin anticipates the attack and is on his feet running away. The boys start weaving in between desks. Austin avoids a right punch, then a left. Next, Austin crawls under the desk to avoid Jon’s blows.

“Stop it, stop it!” I yell, but I get no cooperation. I get up to chase the boys. They have now circled to the front of the room. The children are sitting in a circle around the rug. Jon and Chase jump between two girls. The girls yell, “stupid boys” as their shoes kick them as they pass. Jon stands by my desk near the positivity jar. Austin stands in his Peter Pan stance taunting Jon. Jon picks up the positivity jar and flings it violently across the room straight at Austin’s face.

The jar barley misses Cynthia’s head by a few centimeters. The jar crashes into hundreds of little pieces.  Bouncy balls use their kinetic energy to hop wildly. The students in unison say, “ohhhhh” to indicate they know some student is dead meat.

“Jon and Austin go see Principal Laney and tell him what you have done. Wait, wait, and get the janitor we have to clean up this mess. Nobody else move; there is glass all over the floor.” Jon and Austin trudge out of my class waiting the impending detention. I shake my head slowly. My symbolic positivity is on the floor in pieces.

After the janitor cleans up the glass shards and I get my class going on an assignment, I ask the reading coach to watch my class while I talk to my boys. I walk to the principal’s office and find them at desks with their heads covered by their hands. The principal had to deal with another troublemaker, and they were left alone. I pulled up a chair to Austin to get to the root of the problem.

“Why are you always giving insults to your classmates?” I ask compassionately hoping to bring some sort of recourse.

Austin averts his eyes to say, “I know what I will get when I joke around. Everyone will look at me and that feels good.”

I realized that Jon needs help to determine the correct kinds of attention. Maybe Austin was not just a bully, but a kid who needed to be loved. Over the years I have tried many ideas on positive reinforcement. Why? You need positivity as the base of your teaching. As for the glass positivity jar, it went into retirement. All I can tell you is that plastic makes positivity jars possible.

Students who seek attention through bad behavior are simply tied to a reliable form of social attention. Attention cannot always be distinguished as good or bad in the child’s mind. The student acts out because it is a reliable way to get noticed. The attention is better than no attention. Students don’t always qualify behavior as good or bad.

You can find out more about Dan’s book at That’s Special: A Survival Guide To Teaching or go on Dan’s website on thatspecial.co; image attribution flickr user sparkfunelectronics