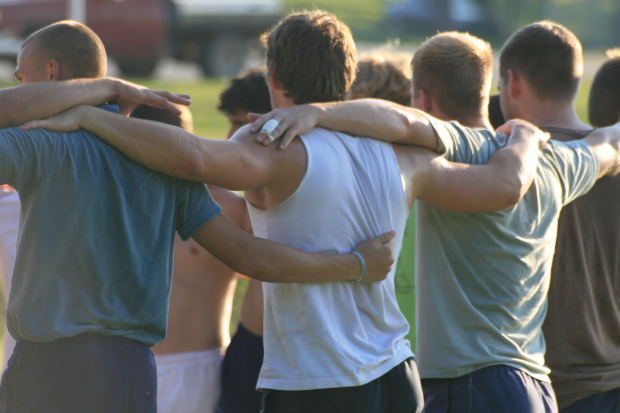 As with most classroom settings, chances are good that there might be a sense of isolation among some students.

With teamwork being a key aspect in a student’s learning of how to develop a more connected relationship with fellow classmates, it is vital that team-building activities are utilized in the classroom. However, this is easier said than done. Suppose you put your students into groups—who says that the students will engage in any teamwork? In fact, a lot of educators are finding that students are skeptical of one another, making it difficult to connect.

Luckily though, there are several team-building exercises that have been shown to induce positive relationships among students. Below you will find four simple activities that provide opportunities for students to interact, engage, and create a team atmosphere.

1. Fact or Fiction
In a circle moving either clock-wise or counter-clockwise, each student gives three “facts” about themselves–2 truths, one fiction. Students raise their hand to volunteer to analyze each “truth” as either fact or fiction. The student who guesses correctly goes next, or may pass the turn to the student of their choice.

2. Me Too!
Students are split into two lines facing each other. The teacher makes a series of statements. If the statement holds true, students step forward. If not, they stand pat without moving.

This activity helps to establish commonality with students while allowing the teacher to differentiate statements based on class, grade level, or the community of the school.

3. Magic Ball
Students pass a magic “ball” in clockwise or counter-clockwise circle, each time transforming the “ball” into a new object. Each student acts out the what the ball “is” in a way that communicates it to other students–by shape, weight, size, function, etc. A video game controller, for example.

This is a silent activity, and there is no “winner” or competitive layer, as every student gets a chance to participate. The teacher should have ideas for students who may struggle to think quickly on the fly–written on note cards, for example.

4. Catch
This is a team-building game that not only is fun, but it also creates a median for teaching while also boosting the energy of all those involved. To play, you will need anywhere from twelve to twenty-four soft-textured balls.

The beauty of this game is that you can use it amongst large groups of students. Start with around eight to ten students and have them stand side-by-side, forming a circle. Hand one of the students a ball and have him/her throw it to another member of the circle. The person who receives the ball will then thank the thrower of the ball by name. From there, the person now holding the ball will throw it to someone else in the circle, but first they must recognize them by name.

Eventually, everyone will have received the ball. At this point, inform everyone in the circle that they must remember which person they threw the ball too, as well as who they received the ball from. Now, the rotation will begin again, and in the same order too. However, during this round, the ball transactions must occur quicker. Gradually, incorporate the rest of the balls until every ball has been dispensed.

The typical outcome is a classroom full of scattered balls, which is when the activity has reached a stopping point. Most teachers find that through all of the energy, there are ample opportunities to relate this game to a particular lesson plan as well as a portal for the group to get to know one another too.

An alternative to groups with “classroom management concerns” is to eliminate any student who fails to catch the ball, or throws it in an manner that causes the receiver to move their feet.

The activity can also be timed, especially in regards to clean-up, to encourage the students to meet certain time goals or not be allowed to play in the future.

This is a guest post by Anthony O.; 4 Simple Team Building Games