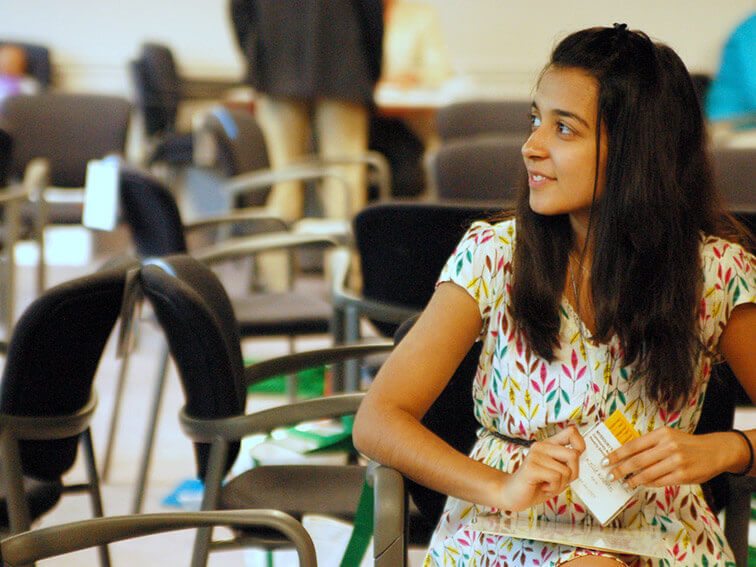 This is sponsored content. See our disclosure page for more information.

By rewarding students for positive behavior, Kentucky’s Valley High School is attempting to transform its culture by recognizing students who do the right thing.

It’s not often that school leaders see immediate, tangible results from new initiatives they try out in the middle of a school year. But that’s exactly what happened at Valley High School in Louisville, Ky., this past year when administrators began using a new behavior management platform to encourage more positive student conduct.

In just a few short months, Valley High saw class tardiness fall by 25 percent. Inappropriate use of cell phones in class dropped 32 percent. More importantly, students were more engaged and prepared for class, they were more courteous and helpful to others—and the entire culture of the school began to shift.

“It’s been a really great experience,” says Jennie Currin, a College Access Resource Teacher and member of the Positive Behavioral Interventions and Supports (PBIS) team at the school.

Valley High is a Title I school with a high percentage of students who are eligible for free or reduced-price lunches. For years, it was labeled a ‘persistently low-achieving’ school, meaning it was in the bottom 5 percent of the state in terms of test scores. And while Valley High had shed this designation by the start of the 2016-17 academic year, discipline was still a big challenge—and that affected the entire school climate.

“It was almost a pervasive, toxic environment,” Currin says. “We needed something positive and fun to infuse our building with.”

Valley High recently acquired a student behavior management platform called Hero to help keep track of tardies and other discipline infractions. With heavy support from the school Principal, Rob Stephenson, the administration team and under the direction of the PBIS team leader Cathy Tinsley, Currin and her colleagues began looking at how they might use the Hero platform as a fun way to promote positive behaviors.

Hero helps teachers and administrators monitor all forms of student behavior, both good and bad. Using any web browser, the Hero Mobile Scanning Solution, or an Android or iOS device, users can log student behavior where and when it happens and automatically assign warnings, consequences, or rewards for positive behavior. The platform can be customized to capture specific behaviors, incentives, and interventions.

Valley High administrators set up the Hero platform to keep track of four types of positive behaviors in particular:

On time, meaning students are in class when they’re supposed to be;

Tuned in, meaning they don’t have their ear buds in, their cell phones aren’t out, and they’re engaged and focused on the lesson;

Viking pride for when students are wearing Valley High gear; and

The Viking Way if they go above and beyond what is expected of them. “If we see a student helping someone out, or if they’re being an exceptional student that day, they can earn a Viking Way point,” Currin explains.

Any adult in the building can access the Hero platform to assign points for these positive behaviors, Currin says—from classroom teachers, to administrators, to front office staff and even security personnel.

Currin established a schedule of rewards for students who have earned a certain number of points for positive behaviors.

“We look at the total number of points earned by students in a given time frame,” she explains. “I average these totals by class, and whichever students have earned above that average are eligible for whatever event we’re offering. For example, every three weeks we have some sort of larger event, like a movie day in the auditorium or open gym or library during the last period of the day. And every two weeks we offer a lunch ‘fast pass.’ Students get a laminated card that lets them get out of class two minutes early for the full two weeks to be among the first in line for lunch.”

Teachers also use the platform individually to dole out class rewards, treats, or an extra day to complete an assignment. When rolling out the program in January, Currin and her colleagues were very deliberate in how they encouraged buy-in from teachers.

“The most powerful thing I think we did, especially since we began using it mid-year, was to have a plan,” she says. “We gave our teachers a two-week trial period to play with the software. We didn’t even tell the students anything about it. We showed the teachers first, and we said, ‘Pick one class and just try it out.’ That way, we were able to troubleshoot any problems we had. Then, we came back together as a faculty and debriefed.”

During this faculty meeting, “we allowed the teachers to talk with each other about how they were using it in their classrooms, and how they were already benefiting in that short period of time. You’re always going to have naysayers. Those people were vocal in our meeting, and I just sat back. Teachers who initially were skeptical and decided to try it out spoke up and shared how it was working in their classroom, and how they were seeing positive results from giving out points. That encouraged more of our faculty to try it.”

Ultimately, 87 percent of Valley High teachers tried Hero in their classrooms this past semester. “For something that started mid-year, and that can seem like one more thing we’re asking teachers to do, that’s pretty remarkable,” Currin says. “Once they saw the positives coming out of it and how students responded to the program, and how much it was working for their colleagues, that’s really what prompted others to get on board.”

To encourage teachers to try Hero in their classroom, Currin created a friendly competition for faculty members, including a leaderboard. The top ten teachers were awarded with a certificate and a Hero cape at the end of year faculty meeting. Teachers were so proud of the capes that some of them even wore them the next day for students to see.

“We had one teacher who far out awarded than any other teacher (she ended up with more than 10,000 for the year), and the game became “who can out-point Mrs. Cotton.” There was some friendly competition between some of the teachers for 2nd place, too. ”

Teachers have reported a change in their students’ behavior as a result of using the program. In fact, 90 percent of teachers said it was effective. Here are some of the teachers’ comments:

“More of my students were on time to class.”

“My kids love this! It creates buy-in for my classroom management plan.”

“My classes have offered to cleaned my room for the points :).”

“Kids are smiling every time I tell them I’m going to give them a Hero point!”

“My students who always do the right thing feel validated, and they get excited to see how many points they have!”

“   It keeps students motivated and on time. It rewards those who do what they are supposed to do all the time.

My kiddos loved it. They are always asking how many points they have. A great program!!”

“I have a competition between class for total class Hero points and the winning class gets a nacho party.

They are trying to earn the points in my class and I see this happening in other classes too.”

Valley High has only been using Hero for a short period of time, “teachers report the culture in their classroom is improving,” Currin says. “When teachers are happy, the students are going to be happy—and the whole school is going to be happy.”

Valley High Administrators are looking ahead to how they can continue growing their use of the program next year. For instance, “when parents come in with their students for orientation, we’re going to make sure we have their email address and that they know what this program is, so they can sign up to get automatic updates on their children’s behavior,” Currin says. “We’re also going to harness social media more this coming year, to showcase what we’re doing with Hero and make parents aware.”

“We want to keep that positive momentum going. We want to see how far we can take it—and how much of a positive change we can make.”

This is sponsored content. See our disclosure page for more information.