How I Gave Struggling Students A Sense Of Authorship 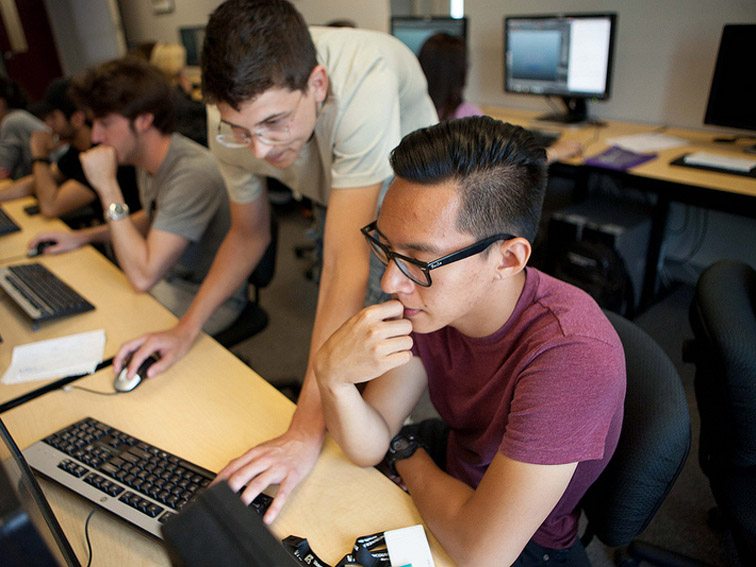 How I Gave Struggling Students A Sense Of Authorship

Just like they’re doing at schools all across the country, teenagers are clogging the front door before classes start. Cell phones in hand, they chat and laugh, rub the last bits of sleep from their eyes, and down a few gulps of juice and soda before the day takes off.

But there are a few details about this place that are different from those found in a typical school. We are in a smallish industrial building with a couple of large windowed rooms, no locker-lined chalk-dusty halls leading to classes. Colorful graffiti art covers many of the walls.

And unlike many urban and suburban high schools, there are no security guards at the doorway or police cars parked outside.

FREE L.A., formed two years ago by the non-profit organization Youth Justice Coalition under the John Muir Schools charter, serves about 60 students whose lives have been deeply affected by the penal system.

The United States has the highest rate of imprisonment in the world, with a prison population that has tripled since 1980. This is not just a headline or an abstraction for these students, but an urgent issue of home life and survival. It is one these kids must confront every day, on personal and societal levels.

Almost all of the students have seen family members incarcerated, or have been in the system themselves. Some are on parole, or have been involved in street and gang life, or have already become parents.

At FREE L.A., these young people get a crucial second chance –– not just to finish their high school studies but also to develop community leadership and organizing skills to improve their lives, families, and communities.

For students, that means making positive changes in their own lives, but also working to change draconian policies such as life without parole sentencing for youth. They learn to work on these policy issues and to form social change campaigns through their own experiences and feelings, backed up by data and research.

The school takes several practical steps, not usually seen in public schools, to keep kids from dropping out. Pregnant young women can stay in school up until a few weeks from their due dates, are allowed one month of maternity leave, and can bring their babies to class. Students arriving late for school are not cited or thrown out for tardiness, and enrollment takes place monthly instead of once or twice a year. But even with these measures students’ attendance can be sporadic, and some still drop out.

In the fall of 2010 I contacted the organizers of the school to see if students and other school members would be interested in collaborating with me on a documentary project about how poor youth cope with the ravages of street violence and gang activity, and how they work to keep themselves from getting trapped in the prison system.

I had decided to propose a collaboration with YJC and FREE L.A. as a way to mitigate power differences between myself and the potential documentary subjects, and capture material through the subjects’ own points of view with the authenticity that comes with authorship.

The lead organizers of the school, Kim McGill and Kruti Parekh, were polite but wary. They said they had fielded many requests from filmmakers and journalists, and had already had several negative experiences with academic researchers. But as I suggested exploring ways to work collaboratively, they agreed to meet me for a couple of initial conversations.

Kim invited me to meet the LOBOS (Leading Our Brothers and Sisters Out of the System) youth mentor group. When I suggested to the LOBOS that I spend a few weeks observing the school, they asked if I could instead teach a video class on Mondays, and our almost two years’ worth of work together began.

Most of the FREE L.A. students come from very low-income families, and their experience with media production is limited compared to students in communities and schools with more resources. Nonetheless, as we began working on video production, it quickly became apparent that many of the students possess the innate technology and media skills often ascribed to their generation of “digital natives,” and a highly developed sense of aesthetics.

Even though they had almost no regular access to equipment beyond cell phones and a few cheap still cameras, the students shared my interest in creating materials with high production values. In the succinct words of Ernie, who became one of the more enthusiastic camera operators, “our stuff can’t look like garbage.”

Well, the word wasn’t “garbage,” exactly, but the point was clear.

Clearly a collaborative approach to documentary production brings a number of trade-offs. On the downside, this model of production can be as time-consuming, or even more so, than doing traditional production. Tensions about ownership of the story ––which exist in all documentary projects –– are more easily surfaced than in top-down production.

But the upsides are many. The 15 pieces that ultimately made up the Street Knowledge 2 College series have an authentic voice that may have been less strong had I made them in a purely top-down fashion. On-camera subjects, who increasingly seem influenced by the tropes of reality television, appear less inclined to “perform” when the interviewer is a young person from the same school or community.

The graffiti-painted walls of FREE L.A. High School are covered with inspirational signs and posters, often made with felt tip markers and attached with brown masking tape. One of my favorite posters contains a hand-drawn quote by Brazilian author Paulo Coelho, that I think sums up the spirit of this unique school.

The poster says, “When you want something with all your heart the universe conspires in helping you achieve it.”

3 Factors For Accountability When Innovation Matters

25 Teaching Tools For The Digital Classroom