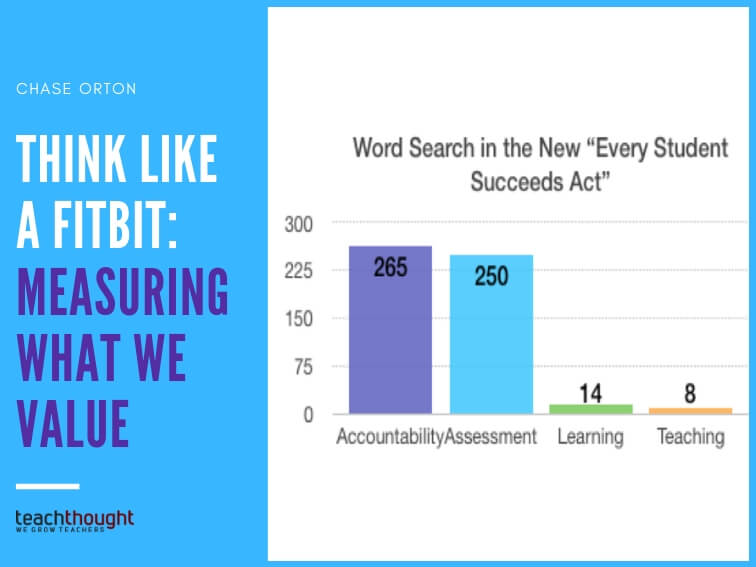 I spent the summer asking math teachers the following question: At the end of the school year, how do you want your students to feel about themselves as mathematical thinkers? In other words, imagine asking your students: “What kind of a math student are you?”

What would you want them to say?

Teachers responded that they want students to be curious about and have a love for math, to be competent and persevering problem solvers, to be critical thinkers who are able to ask questions and make arguments, to be strong communicators and willing collaborators, and to learn the math they need moving forward. These answers speak to our values as educators and our vision for how students will come to identify themselves as math learners. And this vision is consistent with much of the growth mindset language that Dweck and Boaler have been talking about lately.

I’ve also been asking a lot of folks who aren’t math teachers: “What kind of a math student were you?”

And the answers are quite different from the ones above. Most people replied with some sort of grade or some sort of fixed mindset answer. “I was an A (or a D) student.” “I was good (or bad) at math.” “I loved (or hated) math.” Or the worst: “I’m not a math person.” You’ve probably heard people volunteer these things throughout your career whenever you talk to people about your work at a cocktail party.

One of the fundamental purposes of schools (and for the teachers who work in them) is to prepare citizens for life in our society. For better and worse, schools are in the business of identity formation. Our identity as a student is formed by the messages we received in school. We learn these messages from systems in the school machinery (academic placement, intervention and GATE programs) and we learn these messages from what our teachers told us about ourselves (the grades and test scores we received, the verbal and non-verbal feedback during class, the pedagogic choices and talents of the teachers we’ve had).

In a recent TeachThought podcast, the host Drew Perkins interviewed John Merrow, a broadcast journalist who has reported on education since the 1970s. Merrow said something really powerful that has stuck with me and gnawed on me for the past few weeks.

He suggested that teachers and schools “stop valuing what we measure, and start measuring what we value.” In his opinion, we keep asking the wrong questions. We’re currently asking “How talented is this kid?” And we should be asking “In what ways is this kid talented?”

I’ll return to this quote in just a moment but first, a quick story to frame my argument.

At some point in our lives, we’ve all wanted to feel healthier, fitter, more energetic, or more positive about our bodies. For many of us, that means going on a diet to lose weight. And on the surface, this makes sense. If we eat well and exercise, we’ll lose weight and be healthier. The goal (what we value) is health, and the metric (what we measure) we often use is weight. But as anyone who’s been on a diet knows, the metric can easily (and deceptively) become what we value. We come to value what we measure more than finding ways to measure what we value.

We can easily game this system because there a lot of ways to lose weight. Science has shown that, for most of us, eating more green stuff and less sugar and fat in addition to exercising more is a good formula for lifelong health. But if we wanted to show the most growth in reaching our goal of losing weight, we could reach it faster by choosing some shortcuts. For example, we could stop eating, or start smoking two packs of cigarettes a day or chop off a leg.

Obviously, I’m not advocating for these ridiculous solutions for losing weight. My point is that dieting often becomes more about valuing what we measure (weight) rather than about measuring what we value (health). And this makes sense because weight is very easy to measure. We can do it daily by standing on a scale. We can get daily data-driven feedback on our goal toward weight loss in a nice tidy single metric. Measuring health is more complicated because requires many metrics such as overall diet, body-mass index, muscle and bone strength, blood chemistry, cardiovascular fitness, mental acuity, and emotional stability.

And as a society, we’ve realized that weight loss can be a misleading metric. We can lose weight and actually be less healthy. This is why Fitbit (and the like) have been so successful. They give us a more complete picture of our health measuring our physical activity (in 3-dimensions!), the quality of our sleep, the intensity and duration of our workouts, and calories burned. It appeals to our mental and emotional health by encouraging us to eat healthier and motivating us to keep exercising. More than that, Fitbit has made the process of collecting this data and giving us feedback that is natural and seamless with the rest of our life.

If the metaphor isn’t clear right now, let me make some explicit connections between the dynamics of dieting and the practices in our math classrooms. I’m suggesting that we all want to foster mathematically competent students who have a positive and accurate awareness of their abilities and also have a growth mindset around their abilities to learn more math. We value student health but that is difficult to measure.

It’s much easier to measure how much math a kid knows using tests. And like weight loss, test scores have replaced our vision for overall student health. Instead of measuring what we value, we are asking them (sometimes daily) to stand on a scale and weigh in. And this practice is damaging to the overall mathematical mindsets of our students.

I’m encouraging us to reclaim our power as educators to create the identities we aspire to create by thinking more critically about some of our teaching practices and how we create a culture of learning in our classes. And the issue is urgent. In the next version of the Every Student Succeeds Act, the federal legislation that guides education policy in this country, the words accountability and assessment are mentioned in some capacity at least 250 times each.

The words teaching and learning? 22 times. 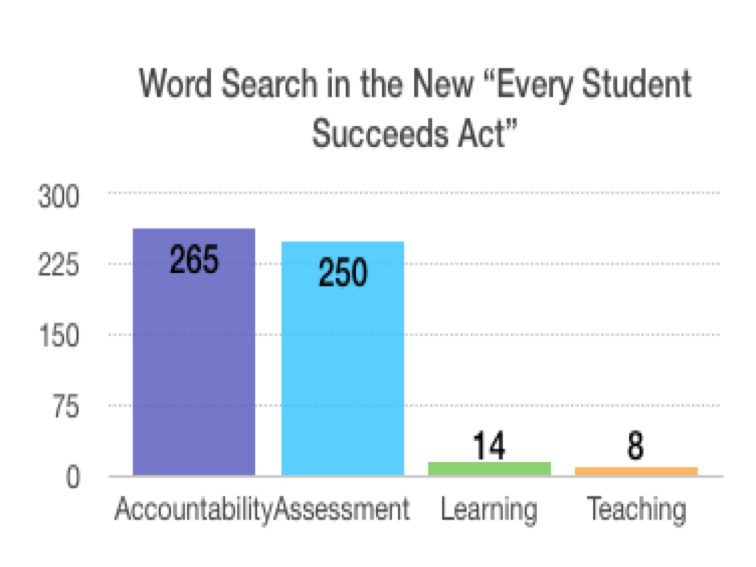 I think one of the most damaging moments in a math classroom is the day when we hand back a test with a grade on it. What do we want students to get out of that moment when we hand them back their tests? Is this a practice that measures what we value?

How many of us see our students throw their test in the trash on the way out the door? And why wouldn’t they? If they passed, they reached some level of acceptable performance and there’s no need to learn more. This dynamic has been shown in research by Eric Anders, Jo Boaler, and others. If students failed, they leave our classroom feeling the exact opposite of the kid we’re trying to create. They leave hating math, feeling less confident and more stupid, and learn to self-identify as a failure.

So, rethink that handing-back-the-graded-test moment like a Fitbit and remember to measure your values. We assess our students because you need to measure their academic learning of mathematical standards. We also want them to learn from the mistakes they’ve made and persevere through them. We also probably want them to demonstrate some social and emotional learning as they learn to face their mistakes and persevere with peers to reach new understanding.

Research suggests that giving them descriptive feedback is more effective for learning than giving grades. Even if that feedback is just generically marking problems that require more attention, students can be given the agency to expand their own learning and thinking. They can practice becoming the students we value, rather than simply students who feel measure by us and the grades we give on tests.

And if we unpack this thinking for just a moment, we realize how the act of grading is like standing on the scale. Putting grades on tests encourages students to think about overall learning as a game of points. We are the bank. They are trying to earn them from us. And like any economy, they will start to value what is measured (points/grades) rather than embracing the type of mathematical identities we are trying to create.

So let’s question how we talk about grades in our classrooms. Remove the focus from points and grades and shift it toward the other things we value. And find ways to measure that…and it’s hard, but we need to create the time and the space and culture in our classrooms where that measurement can happen. We have the resources within us to create such classrooms. One way to do this is to shift how we frame the moment when we hand back an assessment to our students by not putting grades on it and instead providing more descriptive feedback

And this leads me to my second point:  encourage students to be self-assessors.  Sometimes the best way we can get what we want from others is to empower them. And if we want them to foster a love of learning and a specifically a love of learning math, give them a voice (and a significant one) in their own assessment of their abilities. Because we need to be more honest with our students.  Measuring what we value in math classroom using tests is equivalent to measuring our health by simply standing on a scale. It’s not a complete picture, nor is it necessarily a worthy one, and it’s a practice that limits the potential growth of our students.

We need to be more honest that there are more important ways to measure our growth and progress as learners. And we need to start incorporating practices that give students more agency in their own assessment. As teachers, we need to foster a classroom culture that encourages students to give us their consent.

Because just as it’s easy to stand on the scale, it’s easy for our students to sit there and be told who they are and what they know or don’t know. It’s easier for them to except their fixed mindsets and their academic fate.

These shifts require us to violate a secret contract we make with students. We are asking them to take ownership. But that is a classroom worth imagining. And I think students in these classrooms will walk out the door feeling what we want them to feel about their mathematical identities.

I invite you to think like a Fitbit and zoom out and collect a variety of data and feedback about overall student academic health. I’ve offered two strategies to help this shift. Stop putting grades on tests and provide a different sort of feedback. And shift the focus away from the “teacher as bank teller of points” and toward “students self-assess to take ownership of their own learning and progress”.

I’m curious what other strategies you would use. My hope is is that this inspires a conversation worth having. Please share your thoughts with me on twitter at @mathgeek76.

Watch Chase talk about this:

This blog was originally published at Undercover Calculus

10 Ways To Be A More Reflective Teacher

What Is eduCLIMBER? A Tool To Organize Student Data Once And For All