Should Teachers Give Their Phone Number To Parents? 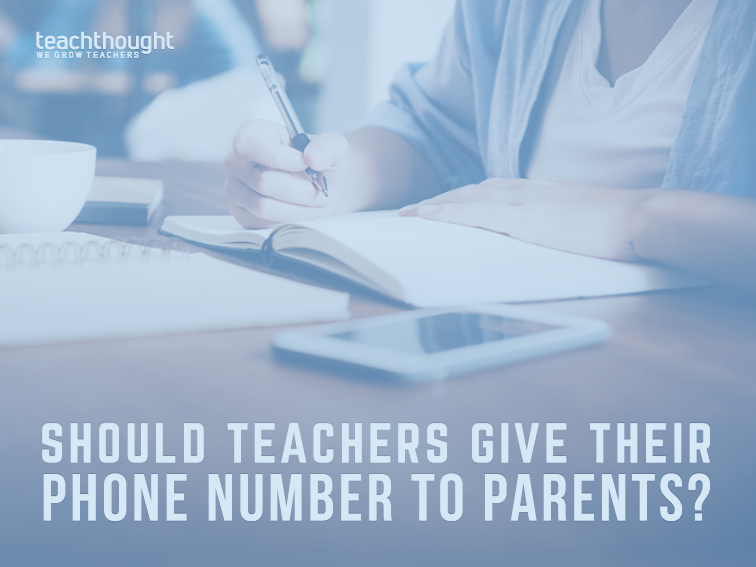 Should Teachers Give Their Phone Number To Parents?

Should teachers give their phone number to parents?

I’m not sure there’s a universal answer here but may be worth teachers sharing their experience. I came across the conversation after seeing the following conversation reddit.

You can read more about Google Voice here. I don’t have anything to add here other than social media making this a far less urgent and timely discussion. With twitter, blogs, and other methods of communication available, ‘phone calls’ aren’t even the primary method of conversation for many these days, much less the only way to reach others or be reached.

That said, it’s not that simple. Social media is banned in many districts and private messaging is full of its own pitfalls, not the least of which is a lack of voice tone and the miscommunications that can ensue. So, here we are.

What should teachers do?

If the embed doesn’t work, I’ve copied the text and pasted below. Do you give your number to parents? Let us know in the comments if you have any experience here.

Sign up for Google Voice. You can choose a number in your area code. It’s yours. It’s free. It’s your new work number.

You can text parents. You can even send out bulk text messages.

It’s an automatic call log because you use it just for work and all those text messages are saved in one place. I had one parent who was getting abusive so I switched the conversation to text messaging (for their “convenience”) to keep records. I just sent out a note at the beginning of the year with my number and telling my parents I preferred to text because it is easier on them sometimes and it can provide a reminder for them of the conversation and to let me know if they preferred not to. I had parents who never returned phone calls but would return a text in 30 minutes. Go figure.

I kept the app icon next to my phone icon for handy access. The great thing is if a parent calls you they have to say their name and Google announces it. So you know who you are talking to or who you wish to ignore at that point in time.

The best feature is the do not disturb feature. You can turn it on at any time.