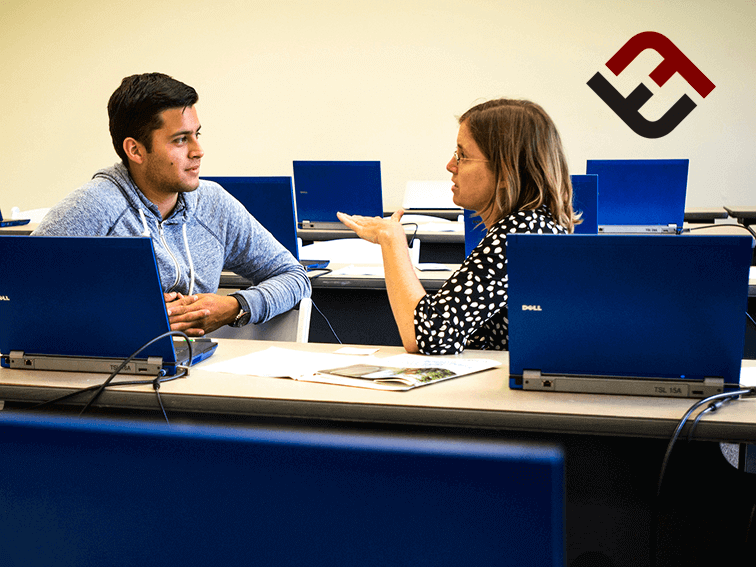 As weeks pass beyond the election, many will notice Facebook, Twitter and media buzz already beginning to fizzle out.

Despite a potential shift in attention away from the election cycle, teachers must continue civic conversations about the impact these election results have on future policies and voting outcomes. For my classroom in particular, many students returned to class shocked after this year’s election. Like many pollsters across the nation, our data-driven election predictions didn’t bring up the question of who would win, but by how much Hillary Clinton would win.

Students come into class with tough questions after any election, but this year’s shocking results spurred new and important conversations. For example, students were left asking how the poll predictions could be so off the mark. As teachers move forward with election and political conversations in a Trump America, here are four ways that they can approach election discussions now that the results are out.

Students can make sense of how the election played out by reviewing the poll outcomes. In my class, it was helpful to compare the students’ state-based predictions that they developed in Voters Ed prior to the election to the actual electoral votes after the election.

By reviewing both the popular vote and electoral vote by state, students could see just how close the battleground states were. When we looked more closely at these numbers, it became apparent to students how the national popular vote count is not always indicative of the electoral vote results.

Activities that look at election data and maps are an effective way to ease back into election discussions because it places focus on the election process, rather than students’ conflicting emotions about the outcome.

Like many American citizens, students often get caught up in the rhetoric of the elections, rather than candidates’ actual stances on issues. If your class has not already reviewed each candidate’s beliefs, now is an ideal time to teach students about the president elect’s stance on concerns like immigration and health care.

While the president elect’s plans of action are certainly one indicator of the future course of American policies, now is also an appropriate time to remind students of the checks and balances that are in place to make sure the president does not have total power.

I’ve also found in all elections, it’s easy for students to focus only on the outcome of the presidential election. It’s also important for teachers to remind students of the other items that were on the ballot, including senators and other local issues. Then, students can talk through topics like the impact of a primarily Republican senate.

3. Talk about the system

If students take issue with the outcome of the election, remind them that the results are not only determined by voters, but also by the rules set in our current system. Talk to students about the pros and cons of a two party system and an Electoral College.

For example, in a two party system, candidates can often seem like they have opposite beliefs. In reality, these issues are often not black and white, and presidents have room to be moderate in their executive decisions.

This election in particular draws into question how democratic the Electoral College is. An online petition to urge the Electoral College to cast their votes for Hilary Clinton rather than Donald Trump has gone viral, and now has 4.5 million signatures. Movements like this can help teachers open discussions about how fair an election based on popular vote would be, and how the U.S. might reform the current system of the Electoral College.

Election teaching is truly successful when conversations include a diverse range of perspectives. With each lesson, teachers must be mindful of explaining the rationale behind both sides of an issue.

Prior to Election Day, I had planned a field trip with my students to attend the presidential inauguration in January. I knew that whether Hillary Clinton or Donald Trump won, some of my students would be unhappy with the outcome. This field trip requires students to face the outcome with maturity, and enables them to see democracy in action. No matter which candidate the students want to win, this trip will be a lifelong memory for them.

After the election, we must continue to guide students to create inclusive classroom environments, while respecting each other as people. With safe spaces in the classroom, we as educators can help students become politically aware and open-minded citizens of tomorrow.

Allan DeCarlo is a teacher at Pittsford Mendon High School in Rochester, N.Y and teaches AP American History and AP American Government. DeCarlo is a graduate from Oswego State University with a master’s degree in Secondary Education and a CAS in Educational Administration. He has been an educator for more than 30 years and has enjoyed coaching basketball, lacrosse and his two Penn State children.

4 Ways To Talk To Students About The 2016 Election; image attribution flickr user tulanepublicrelations