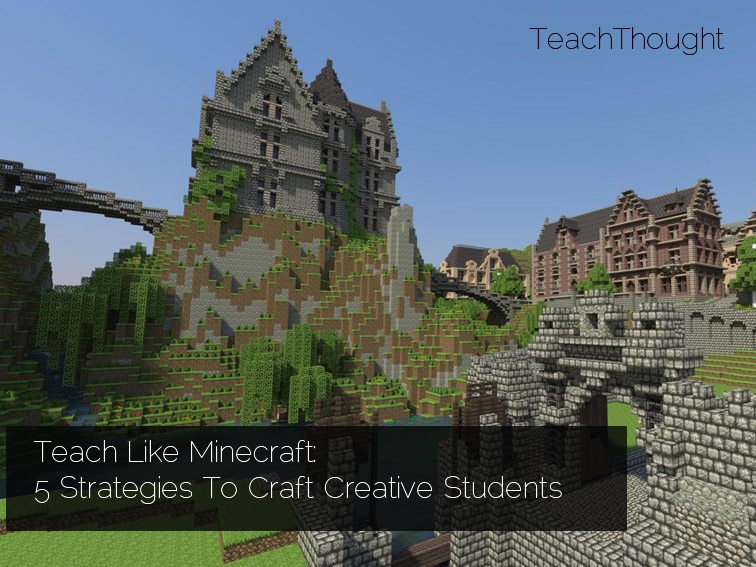 At this point, some of you are probably sick of hearing about Minecraft. It has gone from game to phenomenon, selling bajillions of copies and crowding the mindscape of 6th graders everywhere for what seems like centuries. But before you go, there may be some lessons you can takeaway for your classroom–lessons that can help promote the creativity in students you’ve been looking for.

First, a little background. Crafting in video games is an important trend that may indicate the future of not just video games, but how we approach digital technology. Take first a game like Skyrim for example.

In Skyrim, players can collect seasonings, foods, flowers, insect parts, and scores of other fundamental ingredients that can then be combined to produce something new. Not just anything can be combined, however. Certain products–potions, for example, require specific ingredients. The player can discover these combinations through research, using a guide, asking a friend, or trial-and-error.

Minecraft also has crafting, allowing the player to combine certain elements to produce others–sticks can be combined with coal to create torches or bundled to make fences, signs, or weapons. Gunpowder and sand can be combined to make TNT–which can then be used to destroy what you just spent time creating.

In both games, this micro crafting parallels the trend in the game itself, where players literally create their own playing experiences within the confines of the game’s natural tools, rules, and ingredients.

Skyrim is a “RPG”–a role-playing game where players assume roles, and then create their own character as they go along, from what they look like, to how they interact with other players, which communities they join online, their demeanor, skills and talents, and so on. This is all done within the framework of the world created by the video game developers, but the world is designed to reward unique play-styles and character builds. The result is a unique experience based on interest, self-created goals, and the player’s overall grasp of the intricate world.

And of course, in Minecraft, there is no “game” other than what the player invents themselves. It can be whatever they can see in their mind’s eye.

But you’ve got to provide the ingredients for this kind of creativity to come through in your classroom. 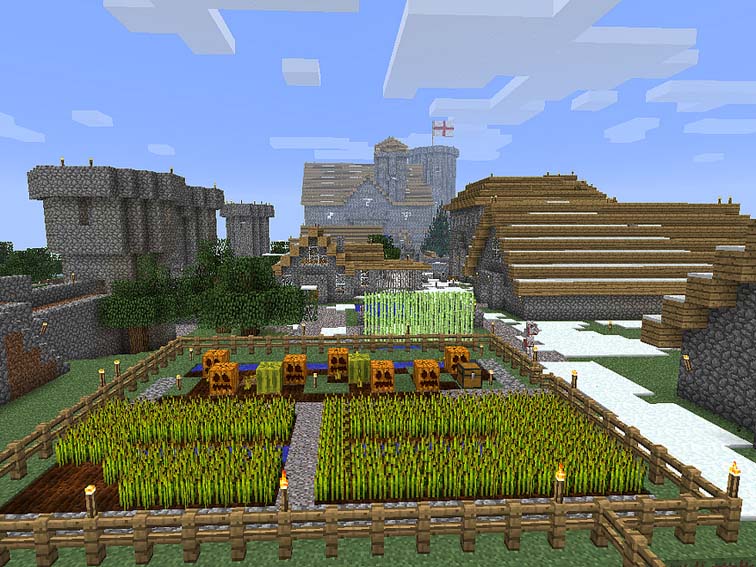 Taking The Crafting Approach To Learning In Your Classroom

The trend of crafting tells us a few things about video games, and all point to the changing role of the player. Rather than playing “on” the game, the role of the player is increasingly central, requiring the player to settle “in” to the world and take control.

This forces game designers to create a digital space that promotes and rewards this new approach, where players aren’t constantly fighting to guess what the game designer was thinking, but rather can craft their own experience within increasingly flexible and nuanced worlds where every decision matters, every achievement is curated, and whatever the create and craft is meaningful to them.

“Crafting” creative students isn’t necessarily a matter of crafting at all, but rather allowing. Given the space, time, and tools, students can create amazing things.

Teach Like Minecraft: 5 Strategies To Promote Creativity In Learning

1. Plan backwards from the “ingredients”

Example: In a novel unit, rather than planning backwards from a test, product, project, or performance, start with the “parts”–apps, communities, models, audiences, purposes, etc. Let them decide what makes sense to them. If nothing else, you’ll find how little they understand of the “big idea” of the unit. And at best, you’ll promote creativity and innovation at the building-block level of learning.

Example: In a unit on government, “explode” certain examples of governments to see the individual parts, then have students “re-assemble” them while analyzing the impact of changes

3. Have students work both alone & together

Example: Have students browse models by themselves, then analyze 2 examples together in groups, sketch an idea of their own alone, and then collaborate on revising those ideas in larger groups of 3 or 4.

Example: Have students find examples from their own live’s that model some idea, concept, skill, etc–conservation of momentum, symbolism, the writing process, exponential growth, etc. Then collect these examples together on a pinterest board or slideshow and review them together a sway of jump-starting the possibilities.

Example: Dictate what you have to–a standard, a timeframe, etc., and then tell them for homework they can plan their own unit, but it has to meet your approval. Have every student give their elevator pitch, allow students to “steal” thinking from one another, then settle on one path–or 30 unique paths.

Now it’s your turn. In the comments section below, offer another idea of how the “crafting movement” in video games can translate to the process of designing units and lessons. Best idea gets a blocky school in our next Minecraft world named after them.