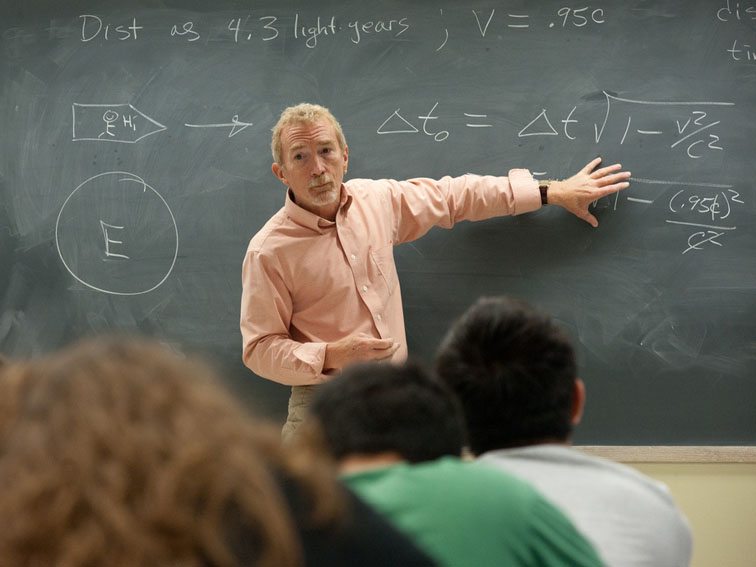 In the simple phrase, Those who can’t, teach, a lot is implied.

That there are professionals who seek success in certain fields.

That many of those professionals will fail.

That that failure is the result of the work done in that field being too challenging, or a lack of capacity on their part.

And then those same folks attempt to become teachers, qualify to do so, get started in a classroom, and then, after failing everywhere else, succeed.

On the surface, the implication is that teaching is simple.

The law school dropout discovers teaching, and after failing miserably before, sees how easy teaching is by comparison.

The retail associate that can’t stand the 50+ hour work weeks and the crush of the holiday rushes seeks the comfort and ease that the classroom provides.

Those Who Can’t, Teach also implies that the field is full of professional failures who succeed nowhere, and bring that same non-performance to the classroom. Certainly this is a common criticism of teachers’ unions and public education in general.

It might be true that teaching is full of “failures”: teachers whose classrooms are full of “non-proficient” students. Criticism here, though, shows the same perspective of criticism of police officers for not stopping crime, or fire departments for not stopping fires. While schools are not merely corrective the way police departments are, therein lies the rub: Schools are cultural infrastructures—single pieces of an impossibly large puzzle.

They do not produce widgets, and cannot possibly be evaluated by those who insist to measure their performance as such. More than anything else, this is a failure of imagination and perspective.

While current learning models—and even the chosen scale and approach—of modern education systems are woefully inept, the ad hominem attacks on the human beings that do everything they can to satisfy the crushing expectations of district administrators, national standards, formal and informal professional development, their local professional learning community, department, or team, parents, students, and their own instincts about learning can’t possibly be the failing part.

This does not absolve them of accountability, but rather calls on each of us—from every industry and field—to be equally accountable for the wisdom and thinking and creativity of our children.

Those who can’t, teach. is different than Those who can’t teach…; that comma makes all the difference. It just might be that all those who “can’t” everywhere else gravitate to teaching as a second (or third) career because of an increasingly refined moral compass that looks for substance right down to the marrow of the work they do.

And those who can’t possibly see themselves doing anything else–in spite of the literal failures, and those failures of perspective from those around them, teach.