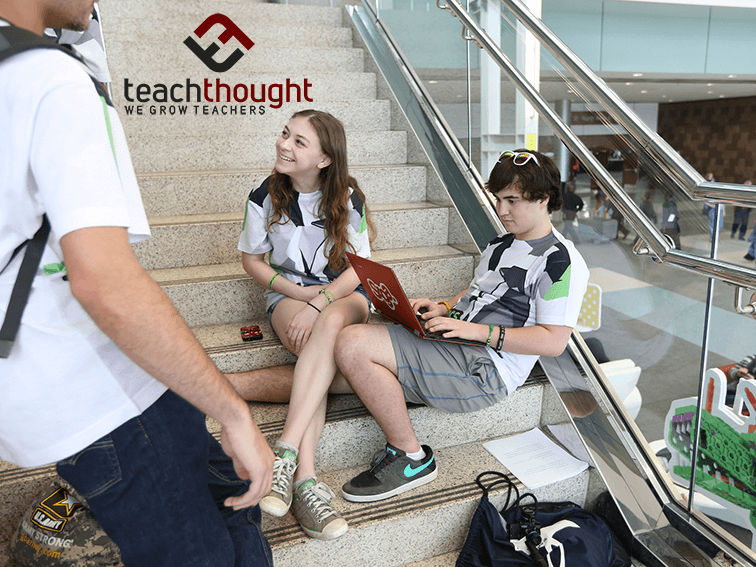 What Happened When The Teachers Disappeared: The First Week

Ed note: What would happen if all the teachers disappeared? This is a kind of fictional speculation. Below is Week 1 of what might happen. Of course, this isn’t meant to be a scientific prediction, but rather a kind of story that hopefully gives us something to think about–a way to consider our roles in the lives of students.

Day 1: When the 11th grade students at Wendell Berry High School walked into the classroom Monday morning and there was no teacher in the room, it wasn’t much cause for alarm.

Sometimes teachers were late–to school, running from a staff meeting, or in line at the copy machine. But after 10 or so minutes had passed, the students started getting a little antsy. Some even poked their head out of the classroom and into the empty halls, where the only thing to see was an endless row of beige lockers and a floor that had the life waxed out of it every afternoon for the last 27 years.

Still, they sat there and waited. Some sat and yacked on the waist-high, raggedy pressed-wood bookshelf in the back of the classroom, but most played on their phones. #noteachernowork

When the bell rang, they all crowded the doorway and spilled out into the hallway celebrating their good fortune, while a few murmured in concern. Where was their teacher? Does this mean no homework? Had the date for the test been pushed back? This was all unclear, so the ‘good students’ worried.

The ‘bad students’? 10 minutes later, they had forgotten all about the missing teacher.

Day 2: On the second day, the students filed into Mrs. Lewis’s 11th grade English Lit class expecting an explanation, but one by one they all saw the empty desk and the blank chalkboard. Some of the books had disappeared from the bookshelves in the back of the room, and the bulletin boards were bare. This time, they knew what was coming: free period.

Being forward-thinkers, they knew that if they were too rowdy someone would notice, so they kept the noise to a minimum. Some played cards. Most bragged on social media that they didn’t have any work to do. A few started to work on work due for second period, and two girls sat up on the window sill and read.

The rest of the hour passed without incident.

Day 3: The night before, some of the students had mentioned to their parents that their first period teacher wasn’t showing up.

“What do you mean you don’t have a teacher first period?”

“Mrs. Lewis hasn’t been there for three days.” Lindsay explained.

“Did you tell anyone?” mom asked.

“I’ll call the school in the morning. This is outrageous. You deserve a world-class education.”

By bedtime, the mother had forgotten all about it. You see, she had to be up at 5:45 am, and recently had trouble sleeping, and increasing concern over her family’s finances.

Her husband–who had been under-employed since the economy crashed a few years back–had decided to look for a new job because he “wasn’t getting any younger,” and had developed a kind of limp on account of his his sciatic nerve being rubbed raw by a slipped disc from falling off the ladder one day that he was working through lunch alone.

His co-workers didn’t come back to find him helpless for 45 minutes, and the whole time he laid there, he thought about being 16 again and wanting to be an engineer for NASA, and having his whole life ahead of him.

So that was that.

Day 4: Two other students had mentioned out loud that they were going to the principal for some answers, but were talked out of it with a little peer pressure. Day 3 passed much like Days 1 and 2. Tomorrow was Thursday. They had an exam on Friday, but there was no teacher there to give it.

On the other side of the window it was early March, and the sun and the air below were starting to find a rhythm again: sunshine meant warm air. Days were getting longer and warmer. At the elementary school across the street, children could be seen on the playground more frequently.

Inside the 11th grade English Lit class in room 207 at Wendell Berry High School, the PA system hummed with electricity, as if it was primed to shout, but no announcements ever came.

Day 5: Today, Mackenzie Bowman–after a coughing fit brought on by a late winter cold–decided she needed her inhaler, which was kept in the office. Without being noticed, she slipped out the door, down to the office, and to the front desk. When she returned to the classroom 5 minutes later, she looked a little shook. There was no one in the office, either.

Every room in the school was full of students, but there wasn’t an adult anywhere in the building. And this was when everything got weird. After 4 days of no first period, suddenly they realized there’d be no second period either. Or third. Or any class at all. There was simply a building full of students, a smattering of technology, some old textbooks, and a tremendous sense of boredom.

In each room, there were 5 or 6 students that were last seen waking across the parking lot towards Highway 55, and weren’t seen again. The rest began to gather into little groups and talk. Some complained about boyfriends. Some talked about the ACT, or hobbies, or Netflix.

This was how the first week without teachers went at Wendell Berry High School. The students didn’t know it, but by next week, the students would barely recognize themselves, or remember the good old days, when they were told what to learn, and when the test would be, and why the content they were learning was important to know. The world-class education was something that had been drummed up elsewhere–was something that happened to the students.

The bad students were cool as cucumbers; the good students fidgeted in the red and blue and plastic seats nervously.

If the curiosity and affection for understanding didn’t come from the teachers, where would it come from?