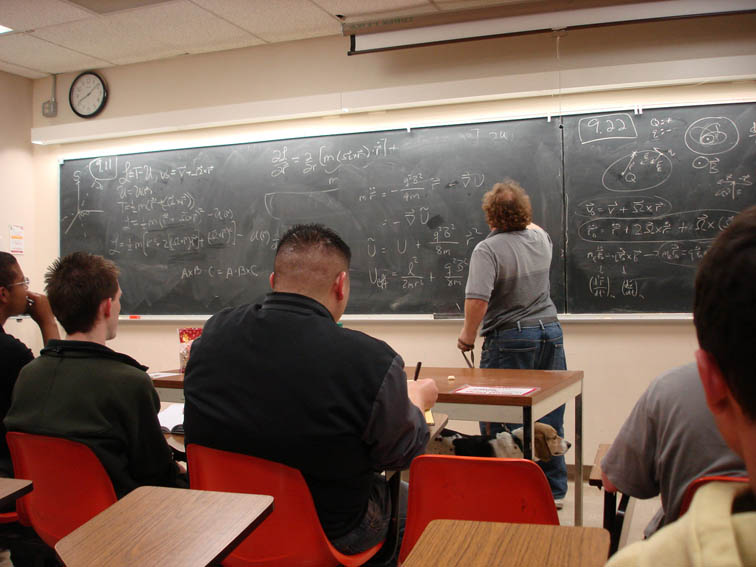 What Is Proficiency-Based Grading?

What Proficiency-Based Grading Means for Your Student by Logan Smith was originally published on gettingsmart.com

Ed note: According to competencyworks.org, proficiency-based grading is a system of grading that is “1) Connected to clearly defined learning objectives. 2) Separate academic achievement from behaviors, and, 3) Focused on learning progress.”

The new Standards-Based grading system currently used throughout the U.S. education system is significantly different from the letter-grade system that most parents grew up with.

This system is designed to allow high-achieving students to progress more rapidly through the curriculum, and ensure that all students reach a certain lower bound of proficiency. Each student’s level of achievement can be measured, and the over-all degree of learning advancement attained by the entire class can also be more accurately determined.

1. Grades have a clear translation

Under the older letter-based grading method, there is a lack of consistency in what level of achievement a particular letter-grade represents, and where the cut-off is between different grades. Grading has a large subjective element, and varies between different subjects. In the humanities, for instance, being able to answer 90 percent of the questions correctly might be considered “A”-level work, but in the sciences, this might be as low as 40 percent, because there are clearer “right” and “wrong” answers and more room for mistakes.

Proficiency-based grading eliminates this ambiguity by setting specific lower bounds on achievement. Students do not progress through the curriculum until they have demonstrated proficiency in the subject area, based on concrete criteria. This allows a teacher to determine what level of material is appropriate for each student, and which students need extra instruction or remedial teaching in order to excel. Each grade is a descriptive qualification that helps to identify each student’s strengths and weaknesses.

Proficiency-based grading takes the guesswork out of assigning different weights to homework and tests. Standards of proficiency create concrete targets toward which assignments can be geared so that teachers can focus on teaching toward specific learning objectives and assessing each student’s level of proficiency.

3. Examples of Standards-based Grading in the Classroom

In a study out of New York University, Lorena Llosa wrote about researchers in California who were validating whether or not standards-based grading assessment of English proficiency for English-language learners “measured the same constructs” as that of the standardized state test. The study sampled fourth-grade students from eight schools with “a majority population of English-language learners—50 percent or more.”

All schools were located in an urban area of California. 1,124 students total were tested. After initiating and comparing results from the two tests, researchers found that “overall, [the] study concludes that the evidence gathered via the ELD Classroom Assessment tends to be consistent with that provided by the CELDT, the standardized measure.”

Another study performed a similar test, and examined whether the Center for Research on Education, Diversity & Excellence’s (CREDE) standards-based grading system could effectively reflect achievement of “at-risk American Indian eighth graders studying mathematics”. The study noted that the traditional method of mathematics instruction is “ineffective for many students, particularly students from certain cultural minority groups” (National Center for Education Statistics, 2000).

The study tested 31 mathematics students, ages 13-16, from two reservation middle schools in the Southwestern United States. Researchers found that “This study found that students instructed in a manner consistent with CREDE’s pedagogy standards had greater achievement than students instructed with traditional mathematics instruction,” though because of the small sample size, “these results merely approached statistical significance.”

Researchers hypothesized, however, that “these same results might have proved significant had they been achieved by a larger sample.” (R. Soleste Hilberg, Roland G. Tharp & Leo DeGeest, 2000).

The Potential Benefits of Proficiency-Based Grading

The re-structuring of curricula benefits gifted students by allowing and encouraging them to progress at their own faster pace, and creates the space for them to do so. At the same time, slower learners are not penalized for taking a longer time to finish assignments and meet course requirements. Adjusted assignments and evaluations do not call for grading modifications.

When students are required to meet certain standards in the classroom, they learn to evaluate their own skill levels and growth. When students continuously revise their own performance levels, they attain higher levels of self-sufficiency and self-worth. Patricia L. Scriffiny, a math teacher at Montrose High School in Montrose, Colorado, reports that the standards-based grading system has been used very successfully in her school during the past three years. Many students have excelled in their studies and gained high levels of excellence in their objectives and achievements.

When grading and achievement standards are clearly defined, school curricula are often re-evaluated and revised. The needs of students at all learning levels are addressed, and parents can more easily comprehend the deficiencies, progress, achievements or pronounced advancements of their children.

Since alternative assessments are provided for students who have difficulty testing, both students and parents are relieved of the anxieties and fears of student course failures. Parents appreciate opportunities for students to retest when ready, and slower achievers show strong improvement over time and often begin to excel.

What This Means for Your Child

One notable characteristic of proficiency-based grading that many parents have remarked on is its similarity to the currently used workplace evaluations of employees. These similarities can greatly enhance the ability of teachers to prepare students for the real world outside the classroom. The result for your child is the chance for a high-quality education that is delivered at a pace that doesn’t leave them lagging behind their peers.

Image attribution flickr user travishorn; bonus points if you can explain why there is a dog in the picture; What Proficiency-Based Learning (And Grading) Mean for Your Student; What Is Proficiency-Based Grading?