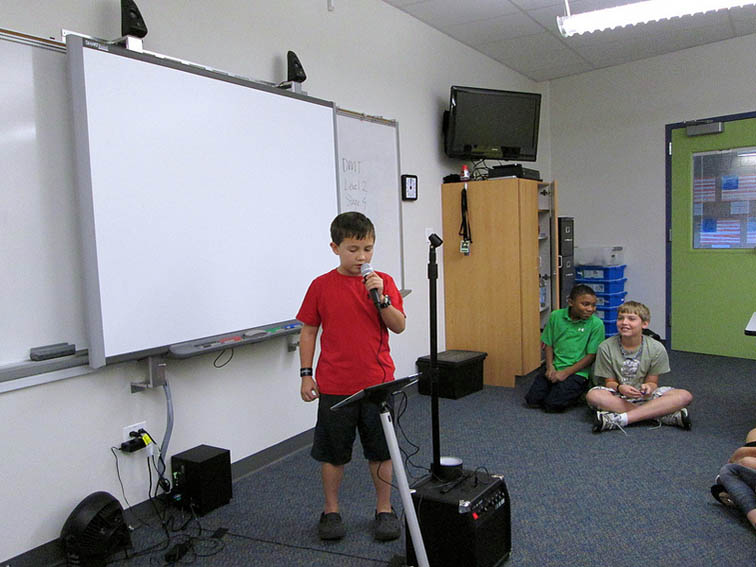 In today’s culture, students often come to the classroom with an attention span of a goldfish.

They need new things to entertain them almost instantaneously. So how do you get a student’s attention for more than 5 minutes? You give them something entertaining to look at, something that they’re used to. With all the new technology that comes out, there is always something to look at or play with, so why not engage students with this new technology? There are a countless ways to get started–below are 3.

The concept of an app is engrained in the younger generation’s heads as being fun. Even though ultimately, “apps” have just taken place of the word “program,” it still gives the perception of being entertaining. There are a ton of great educational apps for kids to learn with in the classroom. Even better, you can stream the lesson on to the aforementioned touch screen.

When you make learning fun, kids retain more and have a more positive state of mind about the process. When learning involves something visual, and something that they are familiar with, it works even better. Using relevant apps will hold attention longer than staring at a whiteboard, textbook, or any teacher beyond the most charismatic.

Believe it or not, social media can be very relevant in the classroom, and it grabs the student. Many students will have a Twitter, Facebook, and/or Instagram–use that to your advantage! Have a project centered on a social media outlet. It’s a good way to let the students get creative. Twitter is especially a good place for relevant news stories/ current events, and provides a platform that is entertaining to search on.

Using social media also goes back to something that they are familiar and comfortable with–often times more familiar than the content itself! In this way, it can act as a bridge.

Who doesn’t like a touch screen TV? Or an iPad. Or a smartboard.

If you put this kind of device in a classroom–one that allows for interaction, physical movement, and direct manipulation of something cool–you have a better chance of gaining their attention. Even the possibility of getting to play with the screen will keep then attentive. Not to mention that there are parts of a lesson that can be effectively delivered on a TV. The simple fact is that touch screens are fun to play with, and a lesson plan can use one at its core.

Isn’t it time to start moving on from creating poster board projects and brochures? The world is constantly updating its technology, from retail outlets to businesses, hospitals, and the like. When there are so many combinations of using new technology to teach, basic implementation into teaching is the naturally next step.