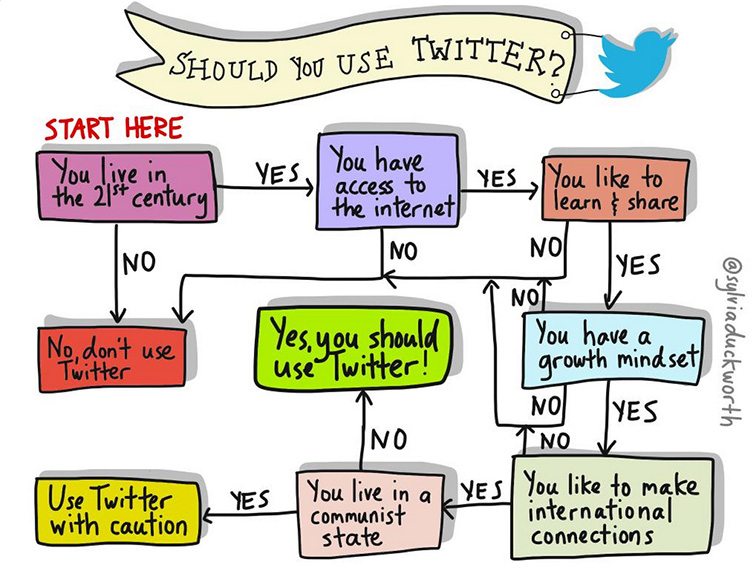 Well, that depends on how you define ‘best.’ Education is a constantly evolving organism, with individual humans and institutions making up the cells and organs that keep it running.

Whether you agree with what the following leaders and leading resources included, they still exert influence over the education industry. Give them a follow and use them to discover even more names and faces currently shaping schools across the world.

We’re going to update this list in a couple of ways, mainly to add educators worth following. We also may remove or replace certain accounts. Sometimes teachers stop tweeting, superintendents retire, or PhDs move on. Also, new voices often emerge that deserve a seat at the table.

We may also increase the list to 100, and we’ll be adding descriptions and other social media info for certain accounts so that you can ‘find’ them elsewhere, as well as an image with the names.

For now, here are–in our mind–50 of the best education accounts on twitter. Depending on our leanings one day–ed reform, tech, equity, etc.–this list could’ve been much different.

Note: While we tried to include the ‘best follows’ in education, we also wanted to create the ‘best list’–that is, a single collection that you could go through and follow everyone from and end up with a stronger, more critically-leaning and ranging set of education leaders and voices.

In other words, let’s say that for whatever reason, the majority of the ‘best’ accounts in education on twitter are, because of the nature of twitter, dominated by education technology evangelists.

Rather than allow #edtech to dominate the list, we chose to pass on some outstanding accounts in one ‘twitter genre’ to help ensure our list, as a whole, reflected critical thinking, innovation, vision, and learning future content because that’s what TeachThought is all about.